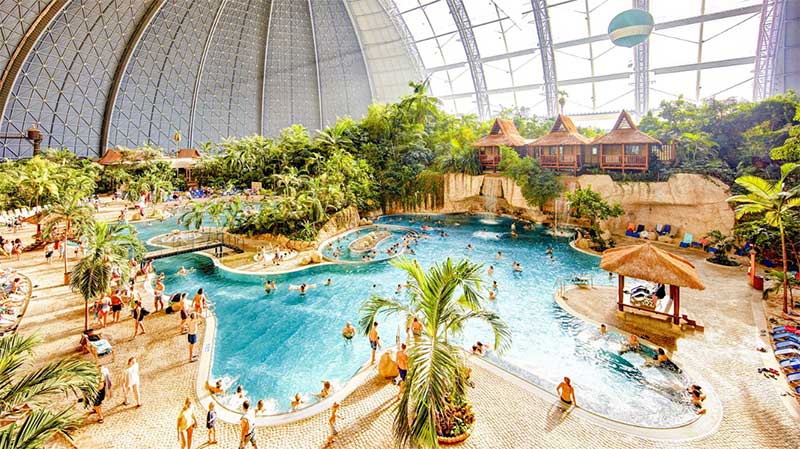 Parques Reunidos has acquired the German indoor water park Tropical Islands from Tanjong PLC for €226m. It is the largest single-park acquisition in Parques Reunidos’ history.

Covering 600 hectares, Tropical Islands is the world’s largest indoor water park. The park also features other leisure activities and lodgings. It is located 60 km south from Berlin and close to the cities of Dresden, Leipzig as well as to Poland and the Czech Republic.

Tropical Islands is the first indoor water park in the Parques Reunidos group. Parques Reunidos say it has “identified multiple areas where it will implement its best practices” – as well as the possibility of expansion.

The acquisition will be financed with an additional tranche to the Group’s existing syndicated credit facilities with similar conditions to the existing financing. The transaction is expected to be earnings accretive from the year one.

The deal is expected to close by February 2019, after clearance from the German Competition Authorities.

Richard Golding, Chairman of Parques Reunidos, said: “Germany is a strategic market for Parques Reunidos. As well as representing a truly unique opportunity in itself, Tropical Islands also reinforces our market positioning in the country, where together with Movie Park and Belantis we will reach 3 million visitors. The indoor setting of the park will allow us to extend the season of our European business and provides an attractive source of resilience against external conditions. We expect to create further value for our shareholders by implementing Parques Reunidos best practices to the operations of Tropical Islands and through identified expansion projects on the available land that this acquisition includes.”

The company will open Nickelodeon Adventure in the Xanadu mall before the end of the year.