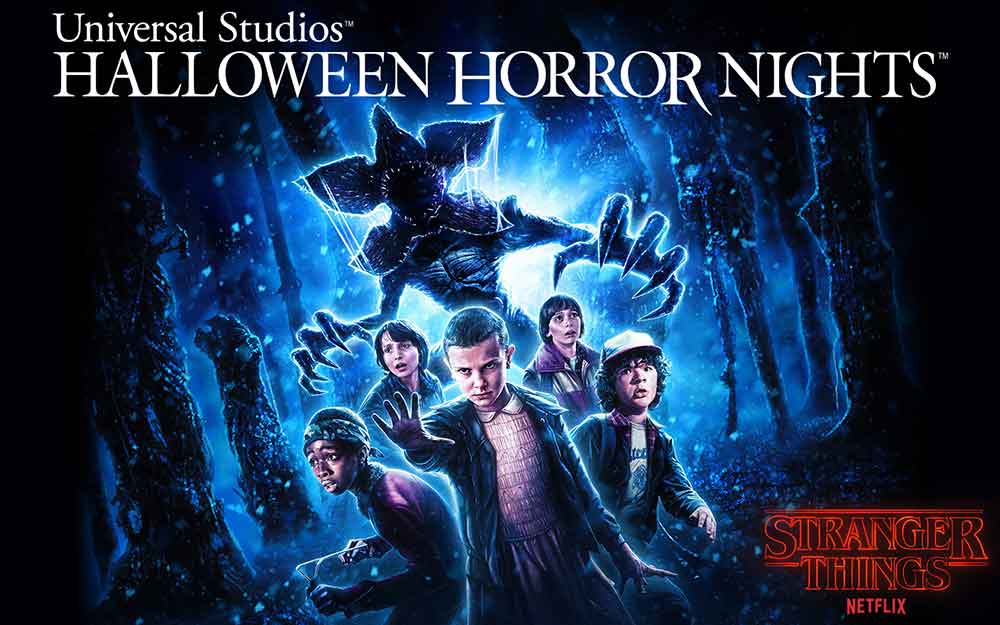 Universal unveils Stranger Things maze. The maze, based on the smash hit Netflix series, will launch at Universal parks in Hollywood, Orlando and Singapore as part of Universal Studios’ Halloween Horror Nights.

The Stranger Things maze is inspired by season one of the Netflix series, set in Hawkins, Indiana. It features the terrifying parallel universe, known as The Upside Down. Guests will find themselves stalked by the monstrous Demogorgon as they walk through iconic scenes from the series, meeting familiar characters from the hit TV show. A video teaser shows a tantalising glimpse of the monster, alongside the creepy theme music and iconic 80s typeface.

The maze has been designed by Universal in collaboration with the creators and executive producer of the Netflix blockbuster – Matt Duffer, Ross Duffer and Shawn Levy. The maze features carefully recreated scenes and storylines from the show, including the Hawkins National Laboratory and the Byers’ home, complete with its flickering Christmas tree lights. Inevitably the eerie Upside Down woods also feature, with floating orb-like spores. There are twists and surprising turns around each corner.

Universal Studios’ Halloween Horror Nights have become a firm fixture for autumn, running for over 25 years. The parks are turned into immaculately-themed scare zones with terrifyingly realistic ‘scare-actors’ emerging from dark corners. Movie-quality mazes have been a key factor of the events, with different films, TV series and original stories being brought to life.

Universal Orlando has revealed that its event will also feature Killer Klowns and Chucky.