Virtuix is pleased to present “Blackbeard: The Trials of Skull Island”, which is the latest game for the Omni Arena VR attraction. It can be played by up to four people, who will be challenged to take on the role of pirates and work as a team to find treasure and fight enemies as they battle for the top spot on the leaderboard.

Players will go through four separate rounds during the game, including a puzzle challenge where they must work together and a final showdown with the boss. This variety encourages a high level of repeat play.

“Blackbeard is Omni Arena’s most kid-friendly game to date,” says Jan Goetgeluk, founder and CEO of Virtuix. “It’s also a blast for adults and esports players. We designed the game for high repeat play. It’s easy for everyone to play, but thanks to its variety and depth, it’s hard to master. No two rounds are ever the same.”

The fun new game will be a part of Virtuix’s weekly and monthly esports tournaments for the Omni Arena. Teams who reach the top of the world leaderboard will win cash prizes from the $100,000 prize pool, sponsored by Virtuix and HP. 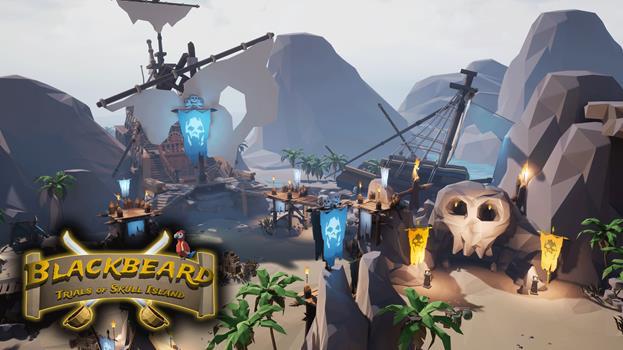 Omni Arena is an innovative VR attraction where players are placed right inside the action for a full-body experience. It can be played by up to four people, who use motion platforms to move around inside the video games.

Last month Virtuix reported some encouraging user data, gathered from entertainment venues that are open again following the pandemic. The company is also offering special discounts on the Omni Arena until the end of the summer, in order to help the sector recover.