A two-story slanted wall in the foyer of London’s Barbican arts centre was transformed into a piece of projection-based art, with help from Christie.

Two Christie HS Series laser projectors and a Pandoras Box media player were used to create the ‘digital corridor’ in the first Lumen Prize co-commission. Images managed and controlled by Pandoras Box to complement the architecture of the space could be seen from several floors.

Artwork by Rachel Ara featured an orange hairpiece dancing in the wind in perpetuity around the Barbican estate. This echoes an iconic scene from Sam Mendes’ American Beauty in a ‘Trompe L’oeil’ (Deceives the Eye).

Lumen Prize founder Carla Rapoport believes in Christie’s and the Barbican’s shared belief in the marriage between art and technology, and that projectors are capable of transforming an entire space. Furthermore, she adds, they “allow us to go so much further than we ever could with screens or, dare I say it, with oils or watercolours.”

A pebble-style wall and high ambient light inside the main foyer of the Barbican were no barriers to Christie’s technology. And, thanks to Pandoras Box, the artist was able to programme the content to adjust for the changing sunset times every single day for months ahead. The system also put in time fades to smooth the transition between day and night content.

“Rachel’s creative use of the technology was one of the deciding factors in choosing her from a shortlist of three artists,” says Rapoport. “Using the Christie projector and media player, she was able to precision map the wall the work is projected on. Less advanced AV technologies wouldn’t have been able to support her vision. I’m continually amazed at both the tools to create content and display it. And the proof is in the pudding. The work was so popular that it was extended by a further two months.” 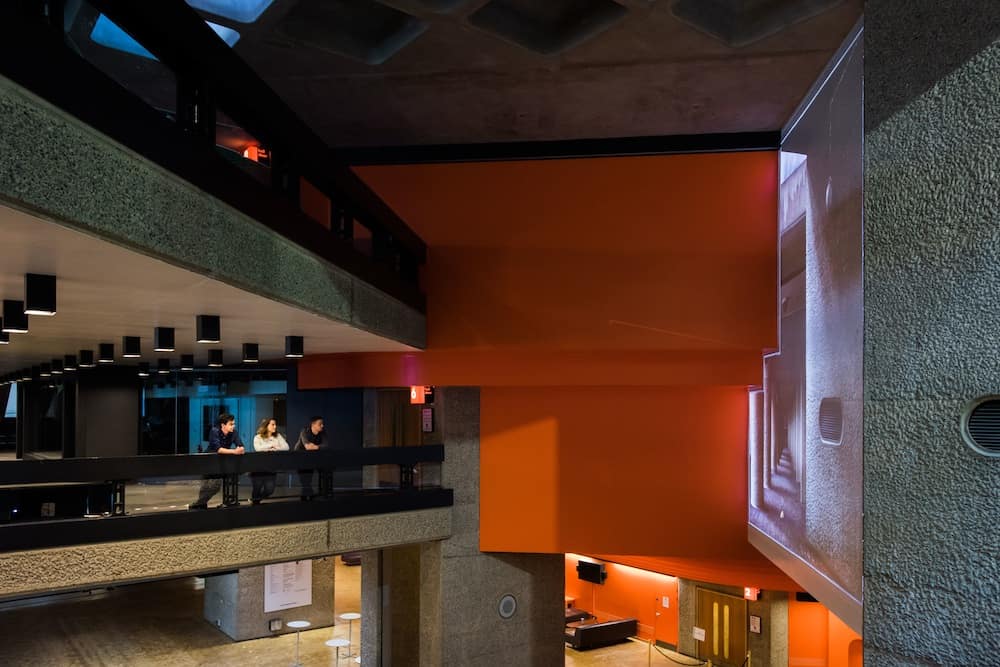 “Technology is enabling new and different forms of shared audience experiences,” notes Christie’s James Belso. “What better validation, just a short time into our partnership with the Barbican, than to have the involvement of such a visionary global force in digital art.”

Christie at the Barbican

This is the latest of several Christie technologies – from projection to flat screens and media servers – that have supported content in partnership with the Barbican.

“Our first installation using Christie laser phosphor projectors was voted People’s Choice Award in the Lumen Prize,” says Barbican senior producer, Sidd Khajuria. “It was a huge 3D projection on a sculpture called Numina by Zarah Hussain. It was Zarah’s idea that the Lumen Prize meet us. Carla, Jack (Addis) and I walked round the building looking at the projection spaces. The idea of them commissioning pieces came from that initial conversation.”

The Lumen Prize is recognised as the world’s leading award for digital art. Rachel Ara’s American Beauty ( a ‘Trompe L’oeil’) was offered as a free installation at the Barbican until December 30.