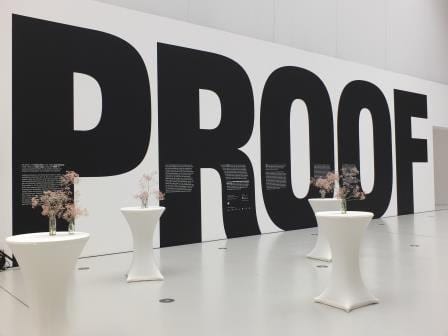 PROOF brought together the work of three major artists from the eighteenth century to the present day and spanned three continents.

His work featured alongside that of Spanish painter and printmaker, Francisco Goya, and Soviet film director, Sergei Eisenstein.

According to Ivo Schob, Technical Director at Deichtorhallen, projection was central to Fowle and Longo’s vision for the exhibition.

“By slowing down the seven most important films of Sergei Eisenstein to 1% of their normal speed, visitors would be drawn to the very special aesthetic in his filmmaking,” he says.

“The 4/3 display format meant that the black areas of the 16/10 picture needed to be absolute black: when we tested Digital Projection’s E-Vision Laser 10K projector, it stood out as the best product for what we wanted to achieve.” 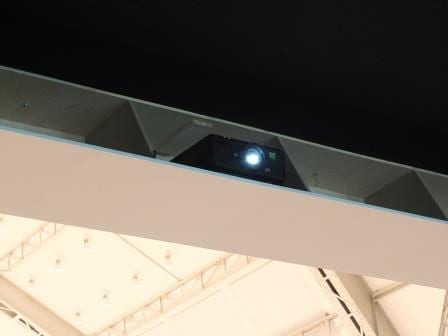 Eisenstein’s films explore key moments in Russian history and include ‘The Battleship Potemkin’ (1925) and ‘Ivan the Terrible’ (1945).

His work was contrasted with Longo’s drawings and Goya’s haunting images of war. Longo’s drawings range up to 7.5 metres in size and engage with contemporary issues such as terrorism, the movement of refugees and modern warfare.

“We were really pleased with how the E-Vision Laser 10K projectors performed,” adds Schob. “They were the perfect fit for our aesthetic needs, and also delivered in terms of reliability which is key for a high footfall, high visibility setting. Operationally, they were also easy to handle with clear, intuitive menus.

“Visitors were full of praise for the projections – especially the large size and quality – an overwhelmingly positive response. We would turn to Digital Projection without hesitation for any future large scale projection installations.”