Projection specialist Barco has a number of new products on the market, including a lightweight laser projector and a new range of LED tiles. 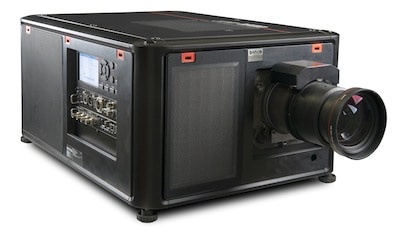 Similarly in terms of flexibility, brightness and resolution levels for specific shows can be locked with Barco’s Flex2. Each projector also includes a 90° ultra-short throw lens, a motorised rental frame or a fiber card solution for 4K distribution over long distances.

An intuitive interface is combined with user-friendly control software. Fast troubleshooting and cloud-based fleet management are promised, and the projector’s modular design supports fast and easy maintenance in the field. 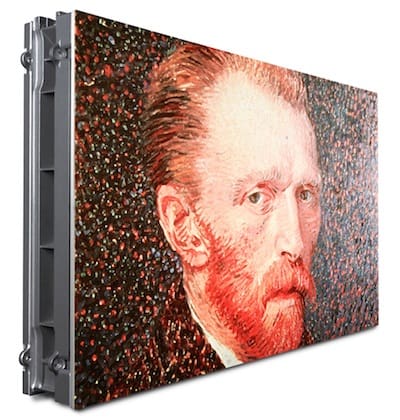 These new 27” tiles offer a pixel-pitch ranging from 0.9mm to 1.9mm and deliver spectacular visual performance and great flexibility. They are suited for use in numerous indoor applications including visitor centres, boardrooms, television studios and control rooms.

Each tile has a 16:9 aspect ratio, making it easy to create native full HD or UHD screens. Installation is simple due to the robust front-access design and alignment is aided by camera-supported seam correction technology. Replacing a tile can be done in under two minutes.

Barco’s processors are used in video walls and high-resolution displays worldwide. The E2 Gen 2 features all the exceptional qualities of its predecessors such as its rugged and modular design, a straightforward user interface and the flexible layer management. However, this newest addition also boasts improved screen management to support the growth of 4K signals.

For those events and installations that use fiber to transmit video signals over long distances, Barco has a new flexible and reliable solution. This solution involves a fiber output card that is connected to the image processing device as well as a fiber input card which can then be integrated with the company’s projectors like the UDX series.

Barco’s new CXP I/O expansion card solves the previous problem of the EX not being included in the system when two or more screen management processors were linked together. Now the EX can be used as a stage box extension or input expansion while keeping the main processors linked together.

Barco provides a full range of solutions within display, projection and collaboration technology, spanning different markets and industries. Their products and services are featured in numerous entertainment projects around the world, from movie theatres to live events and attractions.