VR BOX is the first product to be launched under the company’s new Z+ brand.

The big thrill, small footprint coaster experience was unveiled in October 2017 at the IAAPA Attractions Expo in Orlando. It proved an instant hit, with a facility in Dubai quick to place the first order. 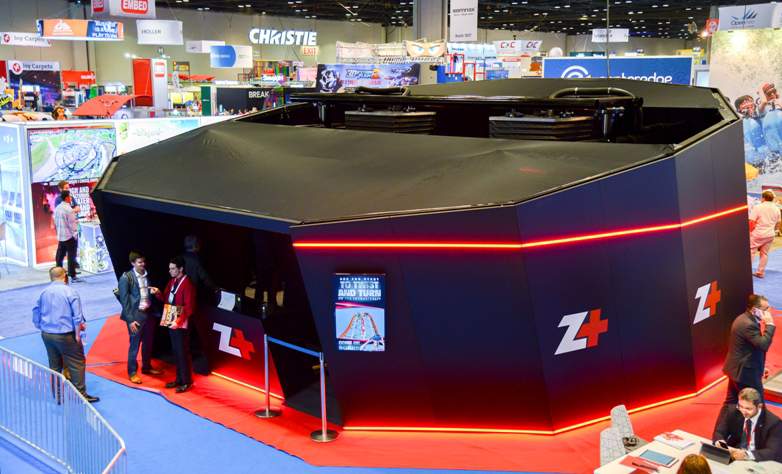 The VR BOX is positioned as the first six-dimensional suspended simulator aimed at locations with limited space. Size is no longer a barrier to offering a big roller coaster experience.

The ride can be configured in a range of layouts and designs. Eight riders, on two rows of four suspended seats, don VR Samsung Gear headsets and are launched on an adrenaline pumping coaster ride. To provide a fully immersive experience, live footage of real roller coaster rides has been shot with 360° cameras. The sensation is further enhanced with real audio recorded on site. Wind machines provide another layer of authenticity.

Zamperla has committed to launching at least one new product a year under its new Z+ brand. It is also in the process of retrofitting a virtual reality experience to some of its existing rides. One such example is WindstarZ. In this ride, the vehicles are designed to look and behave like hang gliders. Passengers can already interact with them, altering their movements via an in-car controller. With the addition of VR technology, riders are transported to a steampunk-themed environment, and use the same controllers to interact with the virtual world.

According to Zamperla, VR BOX is highly adaptable to a range of applications. It could, for instance, offer 360° tours around real cities or take museum visitors back in time. Thanks to CGI animation the possibilities are almost limitless.

Zamperla, founded in Vincenza, has been delighting audiences with its rides and attractions since 1996.