The location and full casting have now been revealed for the experience, with The Wolf of Wall Street taking over a building situated close to Liverpool Street at 5-15 Sun Street, London.

The 2000-square-metre property, which spans four floors with 25 rooms, will be transformed into 1990s New York and the world of stockbroker Jordan Belfort.

Get a taste of Jordan Belfort’s millionaire lifestyle

Audiences will be immersed in a world of greed, power and extravagance, experiencing both the highs and lows of Belfort’s millionaire lifestyle. 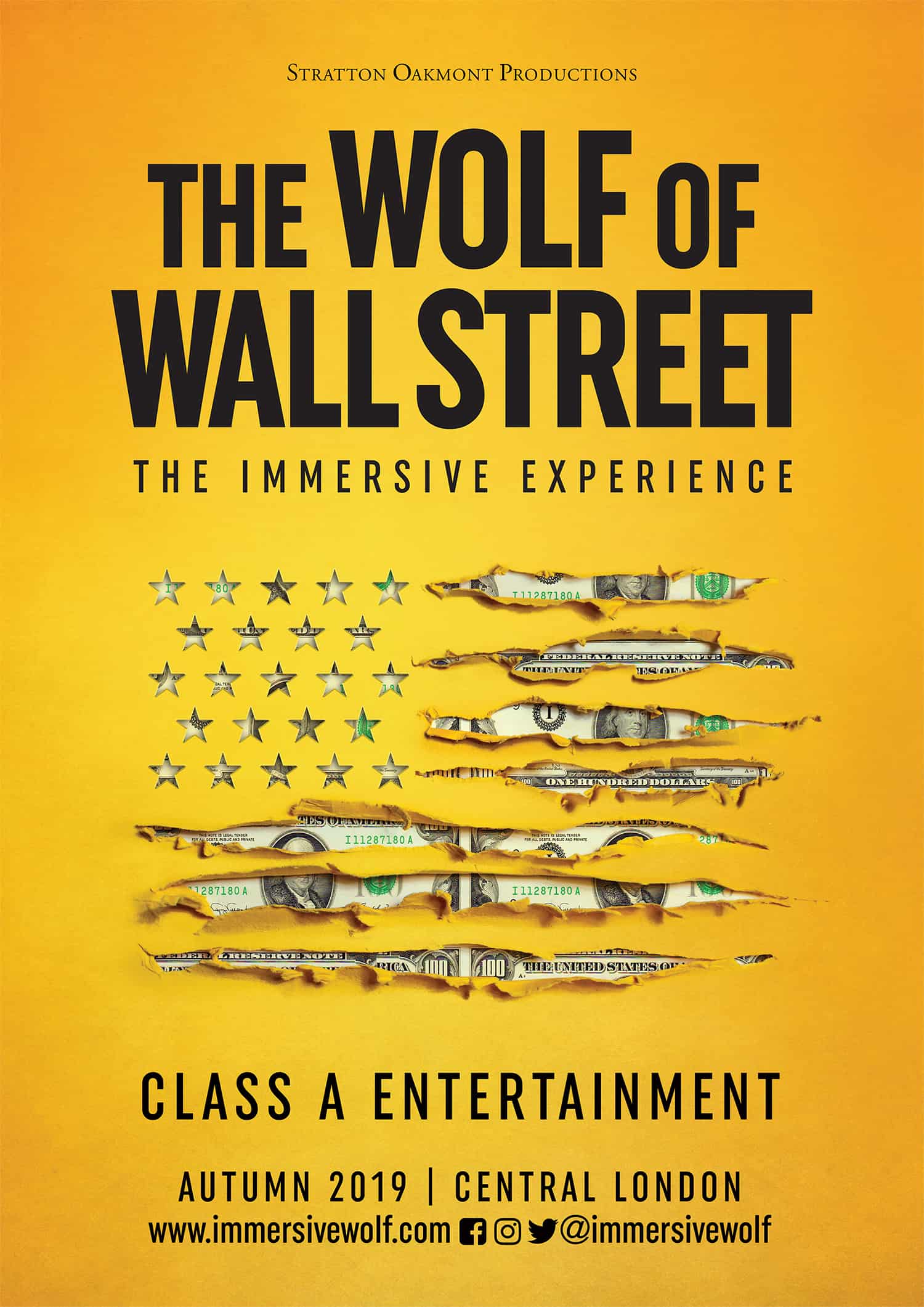 The Wolf of Wall Street is presented by Stratton Oakmont Productions Ltd and comes from the creators and producers of The Great Gatsby – the longest-running immersive show in the UK.

Adapted and directed by Alexander Wright, The Wolf of Wall Street’s familiar plot is as follows: “Jordan Belfort. Stock-market millionaire at 26. Federal convict at 36. By day he made thousands of dollars a minute. By night he spent it as fast as he could.

“Stratton Oakmont is hiring. The FBI is closing in. You’re either with him or you’re against him.”

The cast, comprised of 16 people, will play characters from Belfort’s memoirs, including Stratton Oakmont staff and the FBI.

Cast to play characters from Stratton Oakmont and the FBI

Starring as Belfort is Oliver Tilney, with Rhiannon Harper-Rafferty playing his wife Nadine, and James Bryant taking on the role of Belfort’s friend Danny.

If you’re a fan of immersive productions, check out Jeff Wayne’s The War of the Worlds: The Immersive Experience.

The Wolf of Wall Street will preview in London from September 5. Opening night for press is scheduled for October 4.

Images: The Wolf of Wall Street