Last week I got to leave the real world behind and explore the V Play Reality experience at the newly opened 45, 000 square-foot Main Event in Pointe Orlando.

Virtual Reality and Augmented Reality are consistently highlighted as key trends for the industry, and the latest applications dominated the show floor at the recent IAAPA Expo. I was excited to try out the latest development in Orlando. 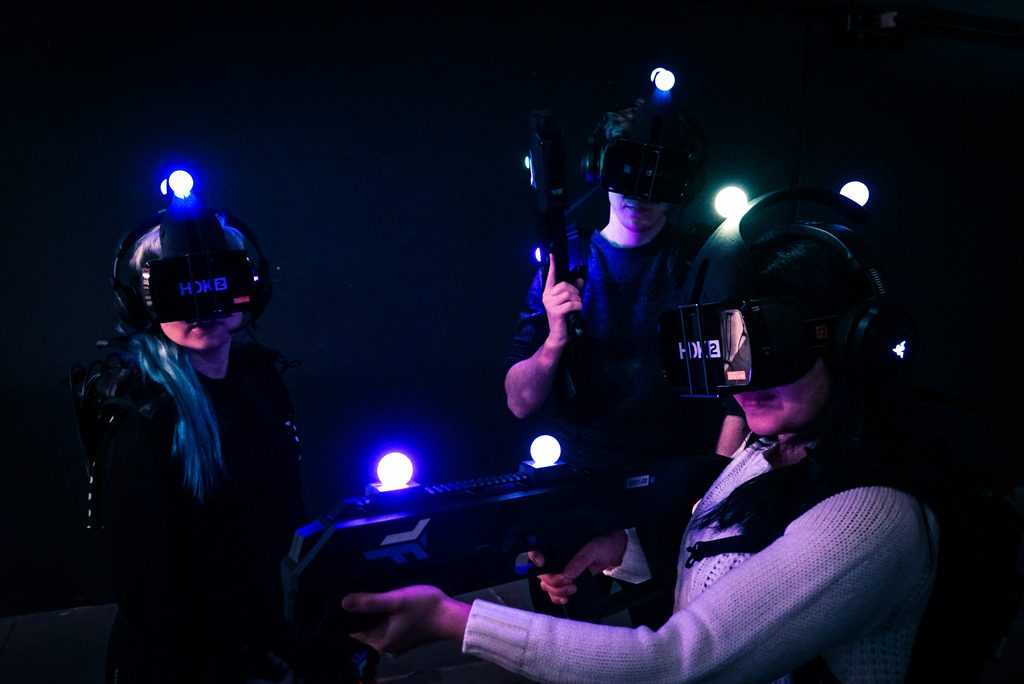 This is the 30th centre of its kind for the Dallas-based company Main Event, but the first FEC in the nation to offer a free-roam, multi-player, interactive, virtual reality experience. Now that is a lot of buzzwords- but the game lived up to it’s hype!

Creators of the experience, Zero Latency, are based in Melbourne where the first experience began and have brought their games across the globe to Tokyo, Madrid and now Orlando. 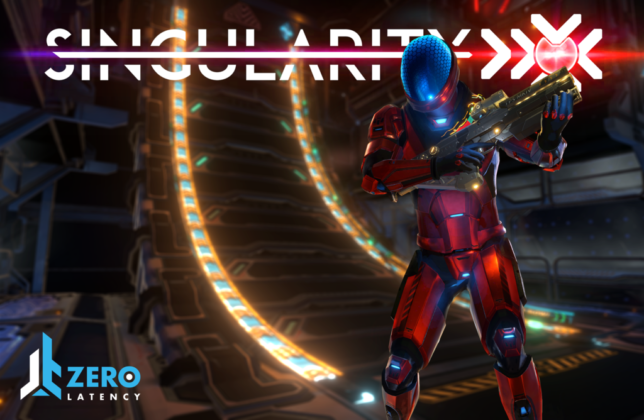 The VR experience stood out to me, as it is the first to allow up to 6 players to roam free within the space (a warehouse-scale blacked-out room) un-tethered and free to create their own story. This is very different to competitors like the VOID Ghostbusters at Madame Tussauds New York, where players go through a physical environment of corridors and rooms.

After the initial safety briefing, players are kitted up with their state-of-the-art OSVR HDK2 headsets, Razer” noise-isolating headphones and (quite heavy!) backpack containing the Alienware gaming PC. 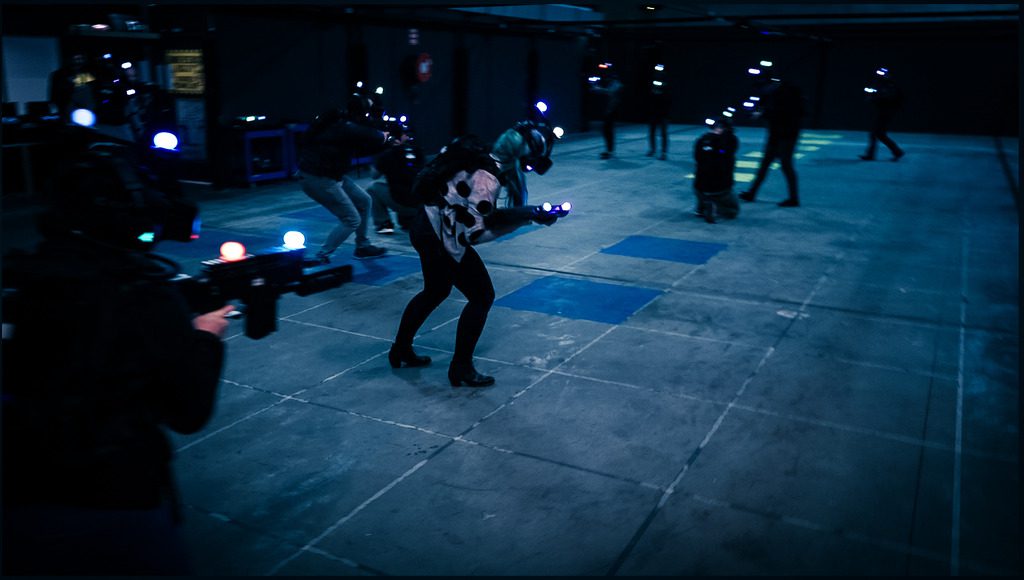 Players are then enter the blacked out arena. When the headset and headphones are put on, players have to find their names and glowing circles in the space and go and stand under them to calibrate the system. Then the game begins. 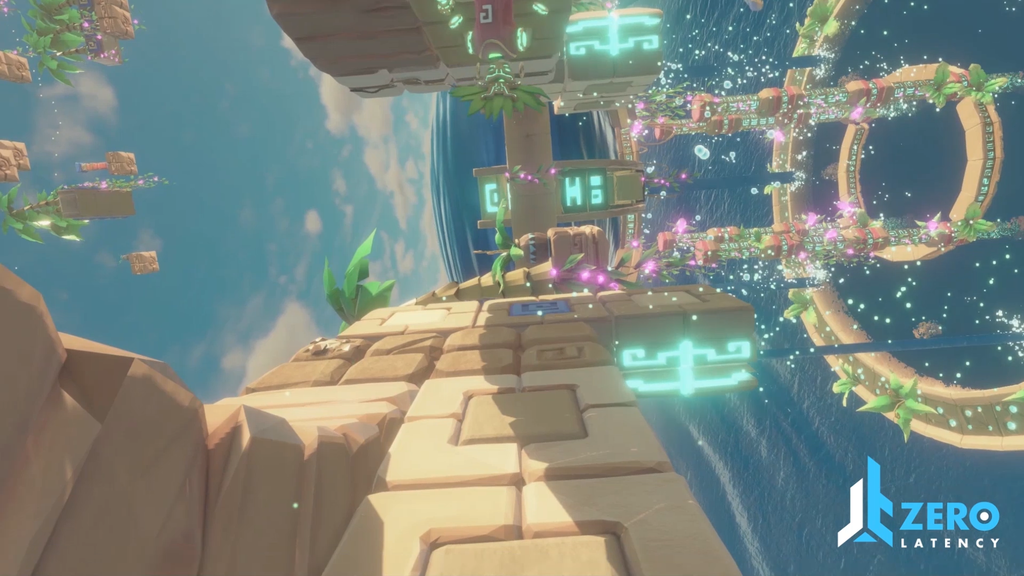 There are three current games:

Whilst in the games, the patent-pending motion tracking technology allows movement through the environment, and tracking the other players too. I could tell where other players were, what they were doing, and even if they looked directly at me. With the built-in microphones players can communicate together to complete tasks.

The amount of detail in the richly themed and hyper realistic environments was amazing. VR has a reputation for it’s graphics not being able to keep up with the pace of technology but these games were so detailed that I was completely immersed and honestly forgot where I was. 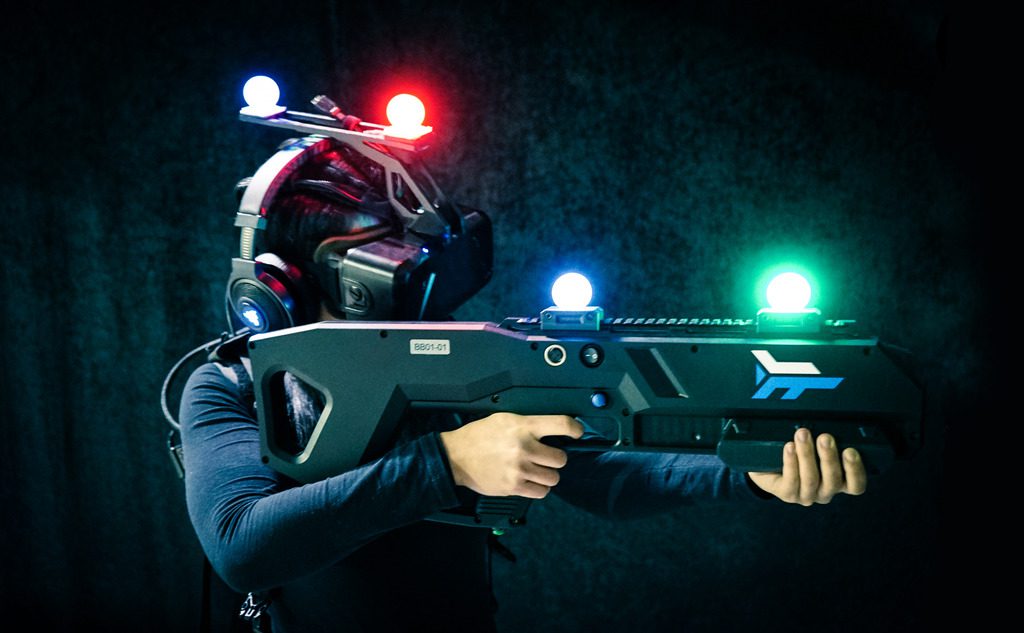 Operators of the games have complete flexibility for the themes and session lengths which can be changed in the push of a button and ultimately bringing players back again and again in an experience that cannot be created at home, and will no doubt be a great source of income for Main Event.

Main Event at Pointe Orlando are taking bookings now for the V Play Reality experience and I expect it to be a hit with locals and tourists alike. Perhaps a perfect evening activity for attendees to next year’s IAAPA 2017 Show.