Some metropolises consider themselves “cities on the move.” Dubai, UAE, on the other hand, can only be described as a city at a dead sprint. Welcoming over 12 million tourists in 2014, making it the fifth most visited city in the world, Dubai is a jewel in the Arabian desert that is experiencing growth at breakneck speed. This made it an enticing venue foe the 2015 IAAPA Leadership Conference.

Its list of “-ests” could fill a book: the fifth biggest container port (Jebel Ali), the tallest tower in the world (Burj Khalifa), the world’s

largest mall (The Dubai Mall) and the world’s busiest airport for international passengers (8, 000 weekly flights by 140 carriers to over 270 destinations).

Given that Dubai rests within four flying hours from 1/3rd of the Earth’s population and eight flying hours within 2/3rds, it’s no wonder that tourism makes up 20% – and growing – of Dubai’s GDP.  Cranes dot the landscape, and projects that appear to be years away from completion are erected in mere months.

The rapid pace of development, the plethora of new and upcoming leisure attractions and its central location made Dubai a natural host city for the International Association of Amusement Parks and Attractions (IAAPA) Leadership Conference 2015.

According to David Mandt, IAAPA Senior Vice President of Marketing and Communications, members were “passionate” about coming to the Emirate: “unless you come here and see it first hand, it’s hard to get a sense of the size and scope of the projects in development.”

Over 190 delegates from 33 countries and 6 continents convened in Dubai for the IAAPA Leadership Conference. This made the three-day conference a truly global event.  The attendees enjoyed keynote presentations, breakout sessions, behind-the-scenes tours of existing attractions, sneak peeks of upcoming projects, and even a surprise or two.

The People Behind the Wow

The theme of the IAAPA Leadership Conference was, “The How Behind the Wow”, encompassed not only the nuts and bolts of creating compelling experiences, but also the human element of hospitality.

Gerald Lawless, President and Group CEO of the Jumeirah Group, kicked off the conference by talking about the Group’s rapid growth (over 22 hotels currently and 18 in the pipeline) and its commitment to service.

Each of its over 14, 000 employees (or colleagues, as they are called in the region) is trained to smile and greet guests immediately, never say “no” as a first response, and to treat all colleagues with respect and dignity. Building on the morning’s hospitality theme, attendees were broken up into three sessions to share employee training and development best practices. HR teams from Wild Wadi Park, Yas Waterworld and Aquaventure discussed colleague recognition programs, how to teach colleagues to “think like a guest”, and how to leverage brand identity into colleague training and development.

After the morning’s sessions at Jumeirah Emirates Towers, it was time to board the bus for the first behind-the-scenes tour. Attendees traveld to IMG Worlds of Adventure, located in Dubailand’s burgeoning City of Arabia complex. Positioning itself as the “world’s largest indoor themed entertainment destination, ” the 1.5 million-square-foot park, opening later this year, offers four areas of fun – IMG Boulevard, Marvel, Cartoon Network and Lost Valley dinosaur area.

IAAPA Leadership Conference guests were the first-ever visitors to the park and were treated to a guided tour of the building’s interior space.

Returning to downtown Dubai, guests then ascended via elevator from the desert floor to the clouds, climbing 125 stories up the Burj Khalifa.  At a total of 160 stories and 1, 820 feet, the Burj Khalifa is the tallest tower in the world and an architectural symbol of Dubai’s desire to differentiate itself from every other city on the map.  With 360-degree, sunset views of the Emirate, the reception at the Burj Khalifa marked the perfect ending to Day One and a tempting taste of the adventures to come.

It was a cold morning for Day Two, as IAAPA Leadership Conference visitors hit the slopes of SkiDubai at Mall of the Emirates.  SkiDubai, one of the largest indoor ski areas in the world, celebrates its 10th anniversary in 2015. Considering itself “not a ski dome, but a snow entertainment center, ” SkiDubai welcomed 1.1 million visitors in 2014, only 20% of which skied or snowboarded.

Most came to make snowmen, go tubing, drink a hot chocolate or view the park’s 24 penguins. While at SkiDubai, conference delegates

had the opportunity to ride the ski lift, roll around in a zorb, pet a penguin, and even zipline back down the “mountain”, all while clad in toasty warm snow jackets, boots, gloves and hats. They could also view the various Disney Frozen characters that welcomed them throughout the park.

After visiting SkiDubai, it was time to warm up at Atlantis the Palm.  The keynote speakers for day two of the IAAPA Leadership Conference included Yousuf Lootah of the Dubai Department of Tourism and Conference Marketing, and Matthew Priddy of Dubai Parks and Resorts.  Lootah explained that Dubai’s development plan bolsters its continuing goals of maintaining current market share, growing across new markets and encouraging guests to stay longer and spend more.

Following the keynote, guests were treated to a tour of Atlantis’ Sea Lion Point and Aquaventure Water Park, before venturing to the Jumeirah Beach Hotel to enjoy a visit to Wild Wadi Waterpark, a networking reception, and a sunset view of the Burj al Arab.

Race to the Finish

For the final day of the conference, guests journeyed from Dubai to Abu Dhabi, home of Ferrari World Abu Dhabi and Yas Waterworld. IAAPA 2015 Board of Directors Chairman, Gerardo Arteaga Certa, got to take a spin in an F12 Berlinetta, because as Ferrari World General Manager,  Jesse Vargas,  explained, “you can’t help but smile in a Ferrari”.

After opening remarks by Vargas, during which he expressed Ferrari World’s goal of being the “most exceptional, most accessible park in the world, ” guests were free to experience the park’s attractions, including, Formula Rossa, the world’s fastest roller coaster.

The last stop of the tour began in dramatic fashion, as Yas Waterworld General Manager, Tim Mow, greeted guests atop a camel. His grand entrance reflected the park’s focus as a cultural destination. “I don’t consider us as a water or theme park, ” explained Mow. “I consider us an Emirati park that has water.” As with all of the parks featured during the conference, Mow emphasized the importance of creating memorable experiences that entice guests to return.

After a tour of the park, some final remarks and a cake cutting ceremony with Cerda and IAAPA President, Paul Noland, the 2015 IAAPA Leadership Conference came to a close.

When asked what he felt were the ideal takeaways for conference delegates, Mandt said he wanted them to create new contacts within the industry while strengthening existing connections.  He also wanted them to translate what they learned into ideas for driving their business.  “After seeing what they’ve been shown on tour, we’d love for them to think about new ways of doing things, ” said Mandt.  “These can either be grand scale or simple ideas.”

Bret Woodbury, Principal and Director of Special Projects at LF Creative Group, thought that the IAAPA Leadership Conference more than delivered on its promises:

“Incredible, that was my word of the week as I became a broken record describing each and every experience as just that, incredible. My initial thoughts as a first-time attendee are of how fortunate we are to be a part of IAAPA and the access it allows us, including the chance to pull back the curtain and take a look at the ‘How Behind the Wow’. IAAPA’s continued effort to educate through real world experiences is a key factor in maintaining the continued growth and innovation of our incredible industry.”

IAAPA’s entire staff, including 14 onsite staff, handled the 100s of logistical details needed to put together the IAAPA Leadership Conference.

Nothing is impossible in the UAE

While IAAPA’s main message to guests was to walk away with and apply fresh ideas, representatives from the emirate’s tourism sector wanted attendees to walk away knowing that “Dubai is not finished” and that the city is rife with opportunity.

According to Lootah, Dubai seeks to raise its international tourism profile, utilizing a new city brand and a global marketing campaign. The emirate wants to redefine expectations with innovative products and the highest standard of service. All of these efforts hope to serve Dubai’s ambition of being the world’s “premiere family destination”, bringing in 20 million annual visitors by 2020.

His Highness Sheikh Mohammed bin Rashid al Maktoum, the Ruler of Dubai, is often quoted as saying that what tourists see now is only ten percent of what they will see by 2050.  So the next time the IAAPA Leadership Conference descends on Dubai, attendees will most likely see even more “-ests” on the horizon.

“The word ‘impossible’ does not exist nor belong here in the UAE.”  –  Sheikh Mohammed bin Rashid al Maktoum. 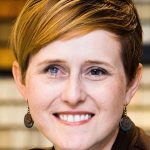