The four companies, are proud to be working with Lionsgate on two new projects. This innovative partnership will lead to two exciting new attractions, based on fan favourites The Twilight Saga and The Hunger Games: Mockingjay.

The unique rides are set to launch this year at Lionsgate Entertainment World in China. This much-awaited destination is a new concept, blending the theme park experience with some of Lionsgate’s most popular film franchises. The indoor immersive entertainment venue includes state-of-the-art VR, AR, and multimedia attractions, performances, dining, and exclusive retail experiences. The rides will be called The Twilight Saga: Midnight Ride and The Hunger Games: Mockingjay Flight Rebel Escape

Mark Stepanian, VP Innovation & Engineering at CAVU describes Midnight Ride as a “first-of-its-kind” attraction. “Guests can move throughout the Twilight world and interact with friends, family and familiar characters from a highly responsive motion base. Coupled with force feedback haptics, wind and scent, it is designed to fully engage all the senses. This ride makes for a truly ground-breaking experience.”

Visitors can also enjoy the world of the successful Hunger Games franchise as they are taken on an exciting escape from the Capitol. The Hunger Games: Mockingjay Flight Rebel Escape is the first enclosed motion simulator in mainland China. The state of the art simulator is entirely electric and runs
silently. The 6DOF (degrees of freedom) motion base supports a 30-person cabin.  It features a digital presentation for a vivid and realistic experience.

“CAVU and DreamCraft are excited to have collaborated with Lionsgate, Thinkwell and Framestore to introduce these revolutionary attractions to the industry at Lionsgate Entertainment World,” says Peter Schnabel, CEO of CAVU.

CAVU recently announced it is continuing to expand in the Middle East, with a new office servicing Riyadh, Beirut and Abu Dhabi. Dreamcraft Attractions is a connected arm of CAVU launched in 2016. 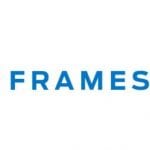 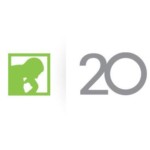 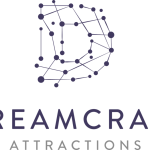