Disney has reported quarterly earnings for its second quarter, ended March 30, revealing that its theme parks are thriving – and Star Wars: Galaxy’s Edge isn’t even open yet.

Parks, experiences and products revenues for the quarter increased 5 percent to $6.2 billion and segment operating income increased 15 percent to $1.5 billion.

The results found that higher ticket prices at Walt Disney World didn’t deter tourists from visiting during its second quarter, and that guests spent more and stayed longer.

Disney said the increase in revenue was primarily due to higher average ticket prices, which jumped an average of 8 percent in January and upwards of 15 percent in March at Walt Disney World.

The company also attributed the increase in revenue to higher guest spending on food, beverage and merchandise.

Results at Shanghai Disney Resort were comparable to the prior-year quarter, as an increase from higher average ticket prices was largely offset by lower attendance.

The following table summarises the Q2 and six-month segment operating results for fiscal 2019 and 2018, in millions: Capital expenditures increased by $346 million to $2.4 billion, driven by investment in new attractions at domestic theme parks and resorts.

Investments in parks, resorts and other property were as follows, in millions:

Free reservations for Disneyland’s Galaxy’s Edge were all snapped up in fewer than two hours when they went live last week.

It was previously confirmed that guests would need to make reservations ahead of time for visits to Galaxy’s Edge, and that they’ll only get a four-hour window. 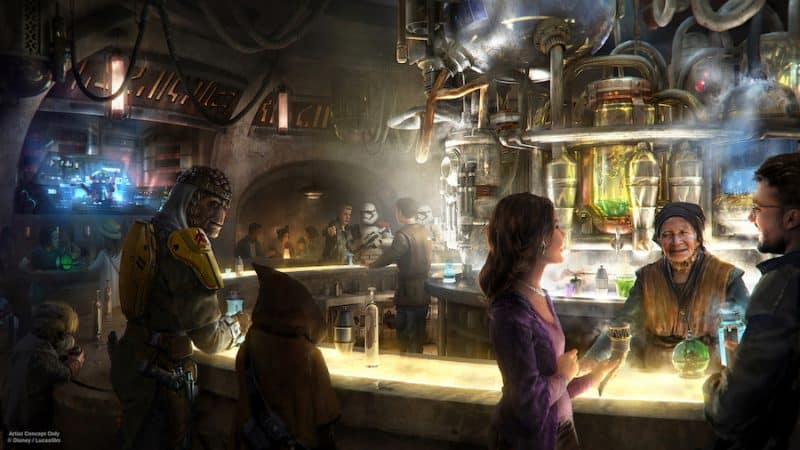