The Disney Skyliner gondola system will connect a number of its theme parks and hotels. 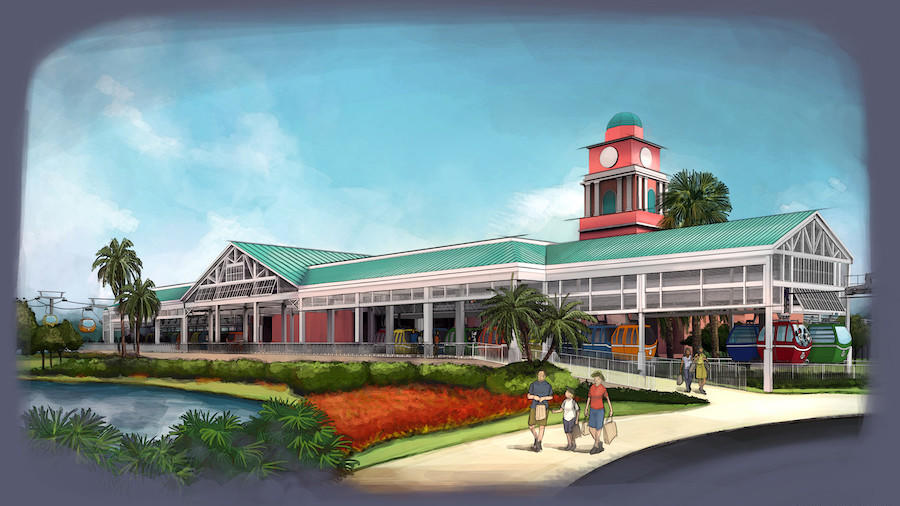 One of the stop-off points will be the International Gateway at Epcot.

According to the Disney parks blog, guests travelling to Epcot will enjoy ‘a rare birds-eye view of World Showcase’.

The system’s hub will be at Disney’s Caribbean Beach Resort where guests will be able to transfer for different destinations. 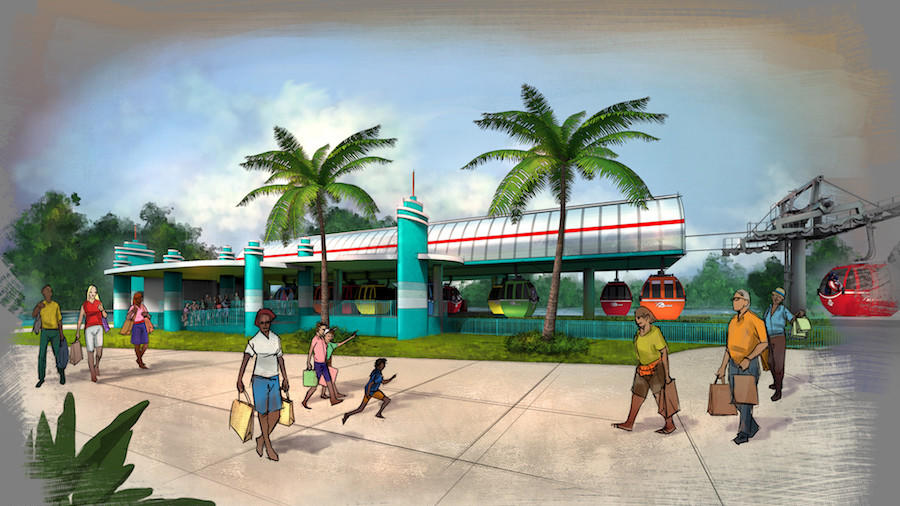 One of those destinations will be Hollywood Studios. Along the way, guests will get a whole new perspective on The Twilight Zone Tower of Terror.

Guests will also be able to get a closer look at the mechanics of the ride at the Disney Skyliner turn-station along Buena Vista Drive. 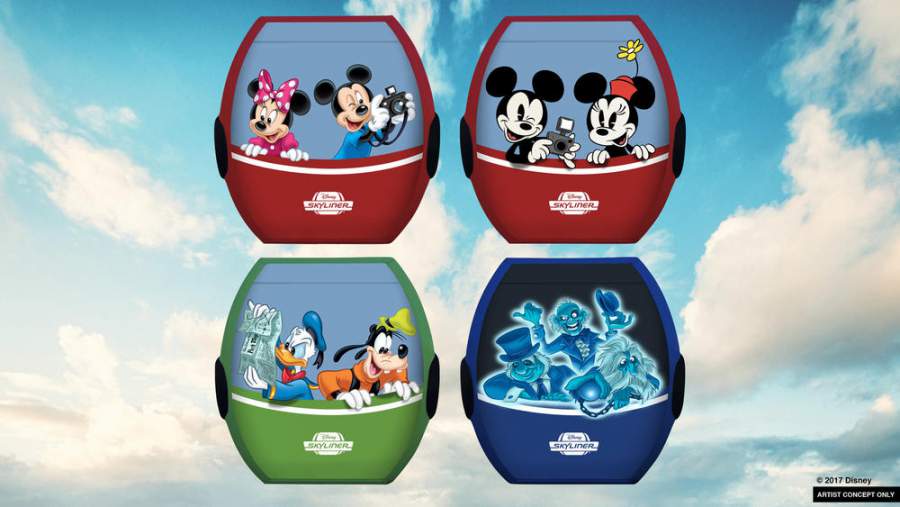 Some of the gondolas will feature images of Disney characters such as Mickey Mouse and Goofy as though they’ve come along for the ride.

Disney has yet to announce an opening date for the Disney Skyliner gondola system.