Nantong, an industrial city 150km (93 miles) north of Shanghai, is investing in large infrastructure projects to create a new economic zone and drive growth. The world’s longest railroad steel arch bridge – the Hutong Yangtze River Bridge – is due to be completed this year, and will be four times as long as the Golden Gate Bridge in San Francisco.

In addition to a technology focused industrial park and improving infrastructure, there are two entertainment projects underway which it is hoped will boost Jiangsu province’s economy as China’s growth slows, reports the South China Morning Post.

Evergrande Venice Resort (header image) is set to open in July this year.

The resort has extensive landscaping in a 6 million sqm site, including recreations of five 17th Century European royal gardens and 11 historic European bridges. 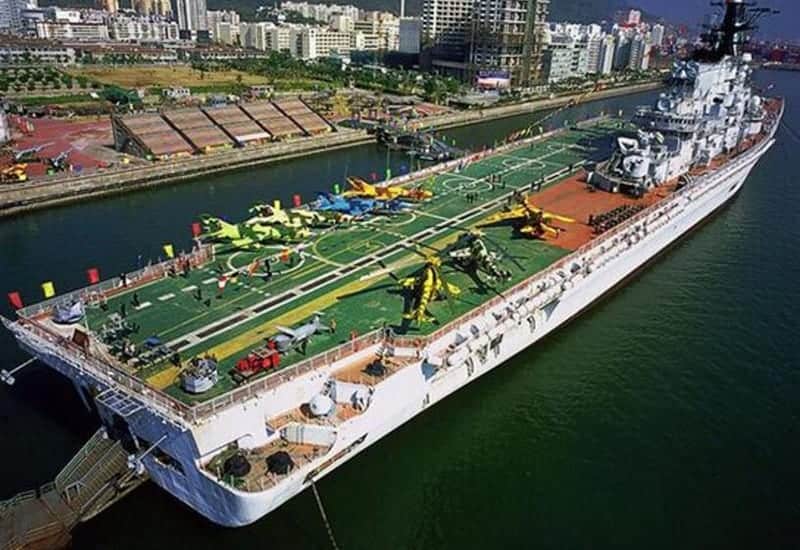 The Yongjia Group is developing a 20 billion yuan ($3bn) theme park which is expected to open in 2020.

The theme park will feature the Minsk aircraft carrier. The Soviet warship was moved to Jiangsu from Shenzhen’s Minsk World military theme park in 2016.

Initial plans for the development included a water show, a hotel and a “Dreamworld” theme park inspired by Universal Studios Japan.

The Minsk is to be the focal point of a military themed area including activities, helicopter tours of the city, “4D war experience zones” and Russian cultural elements.