Franz Mack, the entrepreneur and founding father of Europa-Park, would have turned 100 on 7 March 2021. During his life in the attractions industry, he was an innovator with Mack Rides and, alongside sons Roland Mack and Jürgen Mack was the driving force behind the success of Germany’s largest theme park.

In 2015, IAAPA inducted him into its Hall of Fame, alongside previous inductees such as Walt Disney. Thanks to his efforts, Europa-Park is now one of the most successful theme parks, and Mack Rides is also one of the top 5 manufacturers of rides and rollercoasters in the world.

The life of Franz Mack

Born on 7 March 1921, Mack initially trained as a wagon and carousel builder.

In August 1947, Franz Mack managed to escape from a camp in Alsace after being a prisoner of war in
Africa, America and France for several years. He escaped by swimming across the Rhine at night. His father then hid him for a year in the American zone of Frankfurt.

In 1948, he and his brothers took over responsibility for his father’s wagon and carousel factory in Waldkirch. After a time, they relocated to a new, spacious site. Soon, the globe featuring a stagecoach and the slogan “The wide world is my field” became a symbol of the workmanship from Mack.

As well as residential and sales vehicles, the company also made special vehicles for carousel rides, go-kart tracks. multi-storey ghost trains and more. It was behind many ride innovations. For instance, the ‘Wild Mouse’, ‘Swiss Bob Run’, ‘Music Express’, ‘Munich Ski Slopes’ and ‘Petersburg Sleigh Ride’.

Franz Mack and his son Roland opened Europa-Park on 12 July 1975, having been inspired on trips to the USA. The park is now the largest seasonal park in the world. Mack loved to create, and many rides in the park bear his signature. He designed the ‘Eurosat’ rollercoaster, as well as the ’Euro-Mir’ high-speed rollercoaster with its iconic tower lift.

Franz Mack held positions on the supervisory board of Volksbank Waldkirch and on the standards committee of the temporary buildings of the TÜV. He was also an arbitrator in the Association of German Leisure Entrepreneurs. He sponsored many clubs and associations in Rust and Waldkirch and was made an honorary citizen of Rust in 2001.

Franz married Liesel Mack (née Börschig) in 1948 and was grandfather to five grandchildren. Today, his sons, Roland and Jürgen, together with his grandchildren Michael, Thomas and Ann-Kathrin, run the Mack group.

“Our father was a great role model for all of us right into the last days of his life. He showed the values of modesty, hard work, perseverance, sincerity, emotions and openness in every part of his life and thus had a lasting impact on our family and our company,” says Roland Mack.

A few weeks before he passed, he had the following advice for his family:

“Always be humble and keep at it.”

Franz Mack was a European at heart and lived European ideals. He befriended his neighbours and never saw a difference between different nationalities. This is why the Mack family is celebrating his 100th birthday by commissioning an art project with the title ‘Europe’ from the artist Ottmar Hörl.

Hörl will build an installation of 100 figures on the subject of ‘Europe’ in Europa-Park. This will be located near the bronze monument of Franz Mack.

“Franz Mack was sitting in the evening sun on a bench next to the entrance to the hotel ‘Colosseo’ when my husband Kurt and I once again arrived at Europa-Park in Rust. An image that is burned into my memory,” says Paola Felix, presenter and singer.

“Was he waiting for someone very special? A VIP? No. He looked forward to every single visitor, whom he greeted with a warm smile. There was such a wonderful satisfaction on his face that struck me. The founder of Europa-Park, the personable patron, who welcomed every guest with his amiable manner and made them feel like part of his family, knowing that he would be providing great fun for everyone, whether big or small.

“He embodied exactly what defines Europa-Park. What a nice souvenir picture of Franz Mack!”

“When I was still a producer of ice shows, Franz Mack once welcomed me with open arms in Europa-Park on a cold February day and accompanied me to a rehearsal for the ice show,” remembers Amanda Thompson, President of the International Association of Amusement Parks and Attractions.

“After that, he often picked me up in his golf cart and drove me to the ice arena, it went through all the new areas of Europa-Park that were just being built and he showed me everything that was happening. He was so proud of Europa-Park. He always had time to show me everything and every detail. I still remember his radiant smile and his kind hospitality very intensely. I will always miss his wisdom.

“He was a really wonderful man with a very big heart, who always laughed a lot when we were together. The valuable time with Franz Mack has enriched my life.”

“I remember my meetings with Franz Mack very well,” says Brigitte Klinkert, Minister in the Cabinet of Emmanuel Macron and granddaughter of Joseph Rey. “I knew of his brilliant career as a determined, ambitious and visionary entrepreneur.

“Most of all, I discovered a man who had remained very humble and benevolent and who had lived by the saying of the four M‘s (“Man muss Menschen mögen“ – “You have to like people”) throughout his personal and professional life.

“As a Baden native, Franz Mack was indeed a true humanist and a demanding father who recognised the values that he ​​wanted to pass on to his children. He remembered his year in captivity in Alsace and his escape in 1947 when he was swimming through the Rhine. And it was the Rhine that I was able to see around 30 years later from the top of the Euro-Tower of Europa-Park.

“From there, my grandfather, Joseph Rey, Mayor of Colmar, gave me the insight on how to understand that there is no natural border between Alsace and Baden-Württemberg, but only one that was established by an often painful contemporary history. In my eyes, Victor Hugo‘s famous phrase “the Rhine unites everything” suddenly got its full meaning there.”

“It was a great moment for our viewers when we discussed the history of Europa-Park in my program ‘People of the Week’, as three generations of Mack were with me in the studio,” remembers Frank Elstner, TV presenter.

“Franz Mack brought the famous Mack discipline into the company in an inimitable way and his children Roland and Jürgen have achieved really great things as entrepreneurs. The establishment of the succession with their children has been a successful one, as every Mack was and remains always aware of the responsibility they have to uphold.

“I take my hat off to the life’s achievements of the entire Mack family and I am happy about every visitor to Europa-Park because I know that you can find everything you could have imagined there.”

“Franz Mack was 70 years old when I got to know his wife Liesel and him at Europa-Park. With his warmth and happiness, he had this wonderful charisma,” says Günther H. Oettinger, former Prime Minister of Baden-Württemberg and EU Commissioner.

“For me, he was a great Baden entrepreneur with a heart and vision. Technology, engineering and perfection in planning and construction were his outstanding entrepreneurial skills. His life’s work from the global and internationally-recognised production company in Waldkirch to Europa-Park in Rust is more than impressive. Franz Mack was very proud that his sons and grandchildren were continuing this life’s work so successfully.”

“Franz Mack, born in 1921, was part of a generation whose youth had been stolen. Many of this generation had to make something out of very little – he, the trained wagon and carousel builder, managed to do just that,” says Fritz Keller, DFB (German Football Association) President, restaurateur and winemaker.

“Even today, we can learn from Franz Mack that diligence and ambition are important values ​​and just as important prerequisites for long-term success, as is the early recognition of important trends. Farsightedness, creativity, openness and the willingness to allow important impulses from the next generation were the hallmarks of Franz Mack and enabled him to create the foundation for the creative entrepreneurship that characterises the family company Mack.

“In 1973, Franz Mack invited me to visit the site on which he wanted to build his amusement park – a daring and innovative project at the time. I was a young member of the Bundestag and represented the constituency to which Rust belongs,” remembers Dr Wolfgang Schäuble, President of the German Bundestag

“What I saw there was impressive! Of course, I wondered how many visitors Mack was expecting. “Half a million a year,” was the answer, which seemed quite ambitious to me at the time. But Franz Mack – entrepreneur, tinkerer and cool-headed calculator – was exactly right with his optimistic forecast.

“Today the Mack family’s Europa-Park has more than ten times as many visitors. This shows that a firm belief in one’s own vision is an important prerequisite for success. That is what Franz Mack stood for, that is his legacy to his family – and to society as a whole.”

“Franz Mack was a special person in my eyes,” adds Tony Marshall, singer. “He had his own warmth and knew exactly what he wanted. I often sang for Franz and Liesel and both saw and felt their joy in their eyes.

“I’ve been a friend of the family and Europa-Park since day one. The Macks are strong in that they complement each other. First Franz, then together with Roland and later Jürgen and now the grandchildren, formed an unbeatable mix. I admire that very much. I always say: Europa-Park is the first step to paradise.”

“Older people that are still curious and very affirmative about life are always highly motivating for me. And that’s exactly what I saw when I met Franz Mack. He was always present. Either on his E-car, or alternatively when you met him on foot during his tour or in the respectful, appreciative stories from his eldest son Roland,” says Henry Maske, Olympic Boxing Champion.

“Those who were lucky enough to get to know Franz Mack were relieved of their fear of getting older. I love to think back to those moments I had with Franz Mack, and I get goosebumps while writing and thinking about it.” 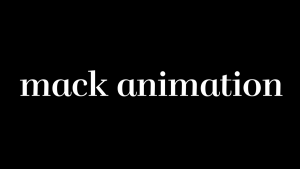