Opened in 2001 as Colossus, the 1.34km-long ride has a highest point of 50m and reaches top speeds of 110km/h. The attraction was closed in 2016 for essential repairs. It has remerged as Colossos – Kampf der Giganten (Battles of the Giants) with a fresh theme.

Many years ago, so the story goes, a tree monster was trapped beneath the old coaster. It has now broken free and taken over the ride! Special effects such as fire, lighting and a custom soundtrack by IMAscore enhance the storyline and ride experience.

Visually, the finished product shares some similarities to Wicker Man at Alton Towers. But that should come as no surprise given both parks are part of the Merlin Entertainments family.

MK Themed Attractions was responsible for an extensive part of the theming, including the station area and queue line. 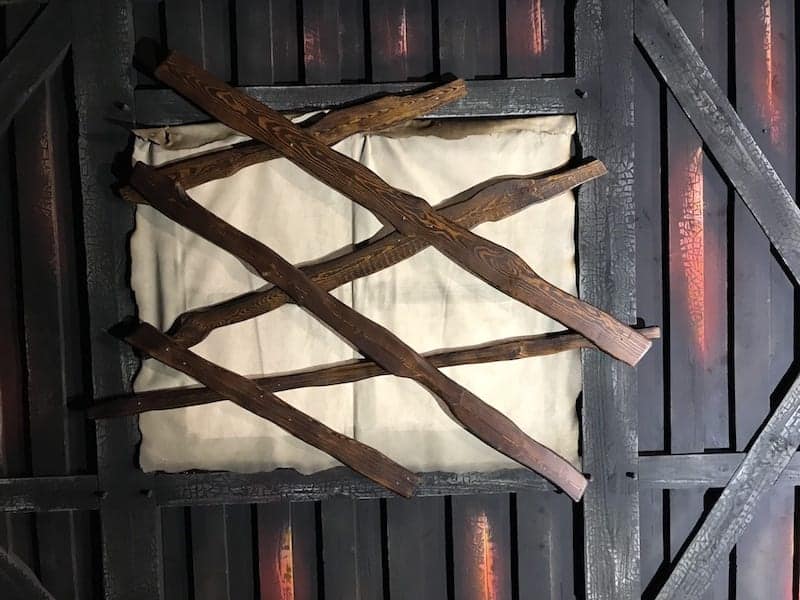 “This has been a fantastic project,” says the Danish company’s Lars Nielsen. “We had to create burning, pulsing liana vines for the ride’s station. We worked closely with Heide Park and Merlin Magic Making to make sure that the end result met – and perhaps even exceeded – expectations.”

MK is increasingly being asked to produce large-scale theming projects for parks around the world. It landed the work on Colossos – Kampf der Giganten after previously producing two parade wagons for the park in northern Germany.

“We value our previous work with MK Themed attractions,” says Heide Park project manager, Torsten Berwald. “The amazing end-result for our re-theme of Colossos guarantees that we’ll be collaborating on additional projects with them in the future.”