The park near Dublin, Ireland, is based on the Irish potato crisp Tayto and opened in 2010. The water-flume ride Viking Voyage At The Park opened in 2017. Katapult was enlisted to design and install a new queue line experience for the ride in March 2019.

Guests are taken back to the year 1014 when the Battle of Clontarf is about to begin. Odin asks visitors to fight alongside his army via a walkthrough mist hologram projection. As guests progress through the queue line they can take part in interactive activities to become ‘more Viking’.

These include strength and agility games, sitting on a Viking throne surrounded by animatronic ravens, seeing themselves in an AR Viking helmet and eating themed food. Guests hear a final speech from Odin before setting sail for Ireland to do Battle on the Viking Voyage water-flume ride. 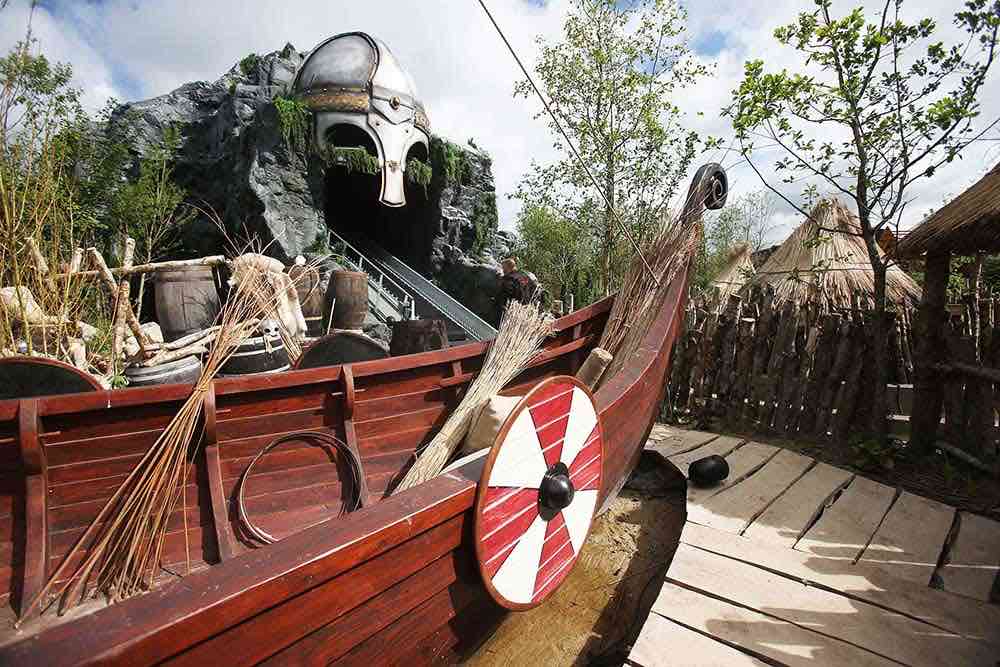 The project was a collaboration between Katapult, the Tatyo Park team and the national tourism development authority Fáilte Ireland. Part of the “Ireland’s Ancient East” narrative, the queue line had to be historically accurate and educational, whilst building excitement for the ride.

“The new level of theming will add so much more to the guest experience at our park” said David Everard, Capital Projects Manager at Tayto Park.

“We are in a unique location and making the most of our local historical stories sets us apart and creates something authentically Tayto Park. We know guests will love it so much that even at low-queue times they’ll still play with all the interactives. We couldn’t have done this without the support from Fáilte Ireland.”

Katapult’s Co-Founder Dawn Foote is proud of the project. “Working on this theme park experience was great; we created a world with a narrative-led design. Not only could we have some fun with the theme but we also had to research and work with Fáilte Ireland on the historical context too” said Foote.

“This project was the perfect blend of our skills; concept design, interactive creation, production and storytelling. We’ve enjoyed collaborating with Tayto Park to deliver this project in a short period of time ready for summer.”

In association with Katapult, the 2019 Blooloop’s 50 Theme Park Influencer Awards nominations are now open. The awards recognise 50 individuals who are impacting the future of theme parks through innovation, creativity and leadership.