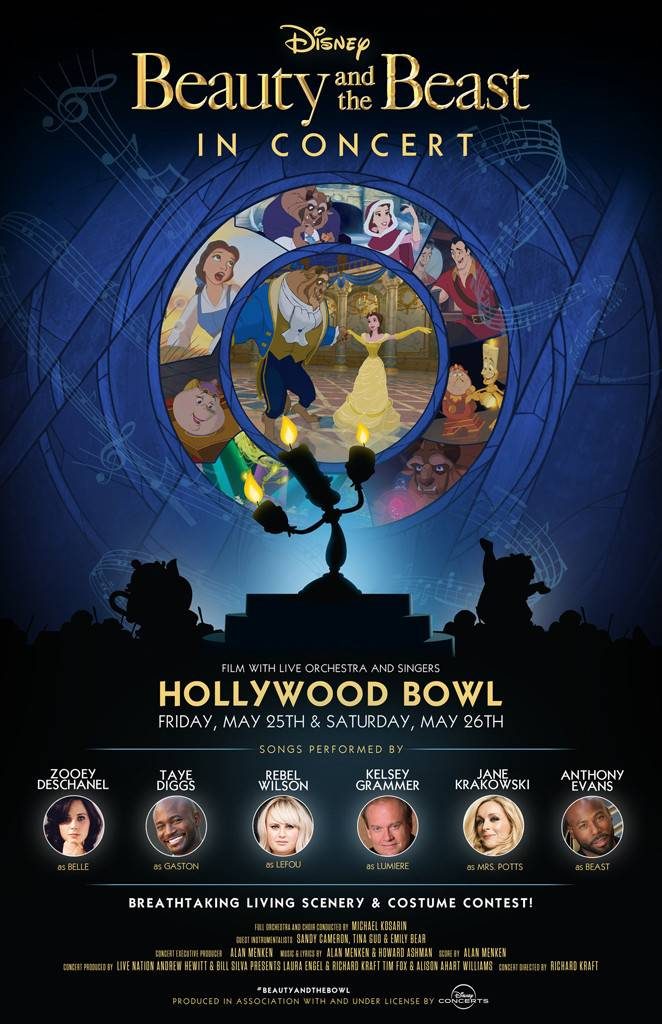 The extensions to the much-loved Disney film will bring the Hollywood Bowl’s legendary proscenium arch to life via the magic of projection mapping.

This is the first time that 90 minutes of original content have been created for video projection mapping onto the surface of the iconic amphitheatre.

Mousetrappe partnered with Kraft-Engel Management and Disney on this first-of-its-kind project.

During the concerts on Friday, May 25th and Saturday May 26th, celebrity performances and a live orchestra will precisely synchronise with the film, to provide a spectacular, enhanced movie experience.

Beauty and the Beast was the first ever full-length animated film to be nominated for the Academy Award for Best Picture. Among the stars lending their talents to the event are Zooey Deschanel, Taye Diggs, Rebel Wilson, Kelsey Grammer, Jane Krakowski, and Anthony Evans.

Past projects range from media-based theme park attractions for Ferrari Land to the Beyond All Boundaries 4D Cinematic Experience film for the National WWII Museum with Executive Producer, Tom Hanks.

Other highlights include the Space Shuttle Atlantis attraction’s immersive dome theatre and pre-show at Kennedy Space Center Visitor Complex, and a historic 30K pixel media installation for the iconic One World Observatory in New York City.