SeaWorld looks at ways to reverse poor figures and improve visitor perception of its image as Q3 results show continued fall in attendance.

SeaWorld’s attendance figures sunk in the third quarter as the company dealt with the double whammy of lingering negative image and the after-effects of multiple hurricanes. The company owns 12 parks in five US states, including locations at Busch Gardens and Sesame Place.

Attendance fell nearly nine percent to 7.61 million for the quarter, compared to the previous year. Visitor spend is down too. The average admissions revenue per visitor was $34.82, down 1.4 percent. In-park spending declined 0.7 percent to $22.70.

The spate of hurricanes have made a serious dent into attendance. Hurricane Harvey hit attendance at SeaWorld’s San Antonio location. Meanwhile the Orlando and Tampa locations were affected by Hurricane Irma. These are, of course, temporary setbacks. However the company faces a much longer-term challenge. It is still suffering from fallout from criticism over its captive killer whales, highlighted by the documentary Blackfish back in 2013. 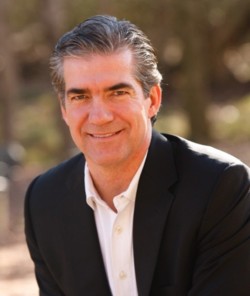 SeaWorld is fighting hard to turn the figures – and its image – around. “We remain confident in our plan to drive growth over time by addressing reputational challenges and creating fun and meaningful guest experiences, while maintaining a sharp focus on financial discipline,” says Joel Manby (right), President and CEO of SeaWorld in a statement.

The company is cutting 350 jobs as part of an effort to shed $40 million in costs by the end of 2018. Orca breeding and theatrical orca shows are ending and, instead, SeaWorld highlights its role as a global leader in animal rescue, rehabilitation, release and research. Existing show pools and viewing areas have been redesigned into more naturalistic settings. Six new rides and attractions were launched in 2017 and have received positive guest scores.

SeaWorld has now finalized its “From Park to Planet” advertising and marketing campaign.  The hope is that this, along with price changes for season passes, will help attract more customers.

There are signs that the strategy for season passes is working.  Initial 2018 season pass pre-sales are reported to be “up high single digits vs. the prior year” according to the Investor Presentation document.

“Our compelling product line-up, updated pricing strategies, and aggressive marketing and advertising promotion will begin to roll out early next year which we believe will position us well for improved performance in 2018,” says Manby.

“More recently, attendance trends have improved since we launched our Fall and Halloween events in late September,” he continues. “We remain confident in our plan to drive growth over time.”

In a recent interview with Blooloop SeaWorld’s Brian Morrow spoke optimistically about  the company’s future.

Maybe SeaWorld can turn the tide.