Thinkwell Group, the global experience design and production company, has congratulated Warner Bros. Studio Tour London on the opening of the new Gringotts Wizarding Bank experience. The expansion at The Making of Harry Potter attraction is the largest yet since it opened in 2012.

Thinkwell Group worked closely with Warner Bros. Studio Tour London to design and produce this new expansion. Visitors will experience the Gringotts Wizarding Bank set as seen in the much-loved film series. The expansion features many immersive elements for guests to enjoy, such as exploratory vaults, a dynamic exhibition area and a surprise finale. 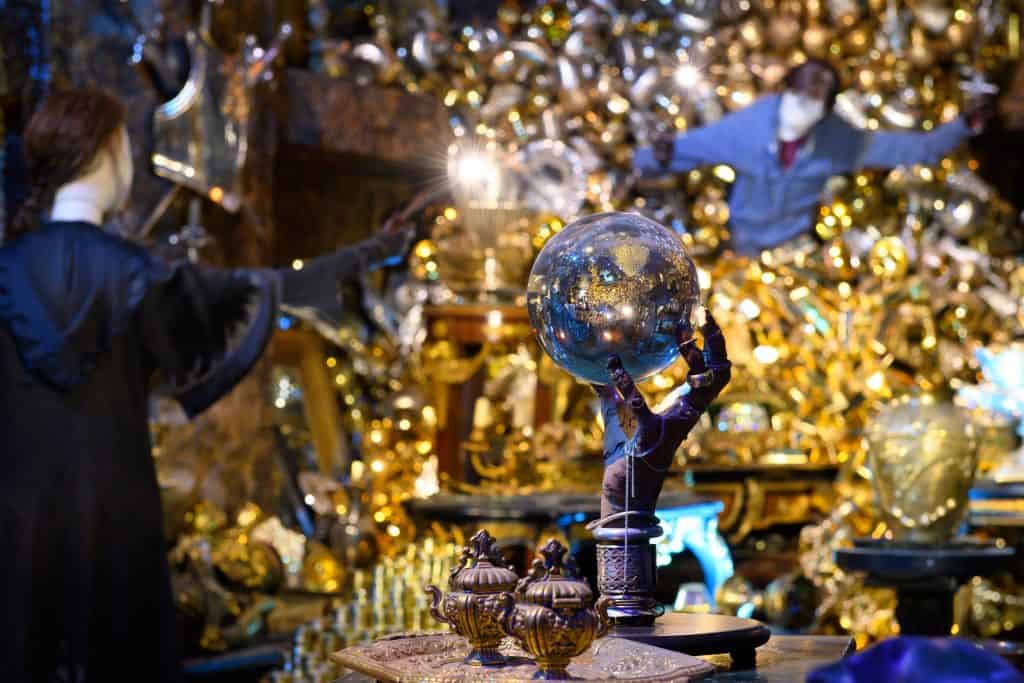 The Gringotts Wizarding Bank experience has six zones, including a Gallery of Goblins which illustrates how the filmmakers created the creatures for the film series. Visitors will discover original models and designs behind the making of the Gringott’s Bank set, with many interactive elements along the way. The bank set itself is one of the largest sets made for the film, and guests will experience it in pristine condition. Other highlights include the vault cart, vault door and a photo opportunity in the Lestrange’s family vault. The immersive surprise finale uses custom computer animation, environmental effects and multichannel surround sound to create an unforgettable experience.

In addition to the new area, Thinkwell has also created an expansive new entrance and lobby at the attraction. This is designed to improve the guest experience, with a new ticketing area, arrival hall and entrance hub. This 3,482 square-metre expansive creates a more inviting arrival area for visitors. One of Thinkwell’s most notable contributions to this is a giant living mural. Two 41 metre long photo displays surround the new lobby, featuring moving video backlighting and front mapped projected imagery. This creates a 35-minute media display with atmospheric images of events from the film series. In the centre, a huge 19m long dragon hangs suspended. It was custom made by the filmmakers and together with the living murals, transports visitors to the magical world as soon as they enter the attraction.

“Once again, Thinkwell is honoured to have played an important role in the development, design, and production of new experiences at Warner Bros. Studio Tour London,” said Craig Hanna, Chief Creative Officer, Thinkwell Group. “Working with the Studio Tour team and the original filmmakers from the Harry Potter films is always an exciting experience. They challenge us to do our best work, and we are proud of how much visitors from all over the world love the experience.” “This expansion is our most ambitious addition since opening and the reaction from visitors has been fantastic. Gringotts certainly showcases the very best of filmmaking talent from the incredible set design to the beautifully crafted props. This extension, coupled with our new entrance and lobby, has taken to the Studio Tour to a new level of excellence,” added Geoff Spooner, VP and General Manager, Warner Bros. Studio Tour London

Thinkwell also conceived a 390 square-metre introductory experience for the expansion, which features new exhibits and media, such as a 180-degree seamless projection preshow. Thinkwell created and produced all media for the new features through Thinkwell Media.

The company created the original experience and has worked closely with Warner Bros. Studio Tour London ever since, delivering Platform 9 ¾, and the Hogwarts Express in 2015 and the Forbidden Forest in 2017.

Since acquiring Réalisations-Montréal, Thinkwell Group have continued to work on a series of new projects, such as Lionsgate Entertainment World in China.