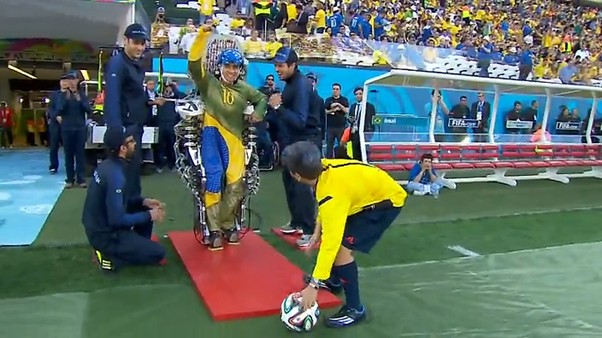 What a week in tech! It started with the breakthrough achievement of a paraplegic with a mind controlled exo-skeleton taking the first kick of the world cup.

Possibly the most remarkable aspect was that it didn’t get a great amount of coverage nor a great deal of reaction. Have we been so familiarised with technology that when these milestones come along they are no more surprising than the latest Android app or smartwatch?

Talking of Smartwatches this latest “launching-on-kickstarter-will-be-on-the-streets-at-the-end-of-the-year’ piece of tech called Moment Smartwatch http://momentsmartwatch.com/ might give Apple something to think about. If they can make it work, and the demos look encouraging, I might just “invest’ in one (but really, when has buying a piece of technology ever been an investment?). 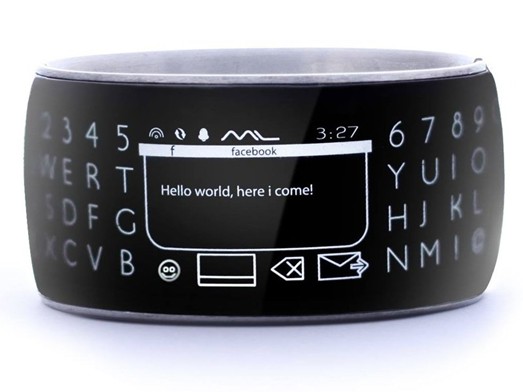 But if I would wear a Smartwatch, I might not wear these. At least not all the time like the inventors at Meta https://www.spaceglasses.com/ would advocate. They talk about the “notification machine” (Google Glass), the “matrix machine” (Oculus), and now this the “natural machine”. This VR/AR (Virtual Reality/Augmented Reality) combo unit, they suggest, should be worn all the time so that you can meet people in coffee shops and share photos with strangers. I’d have thought the natural machine was not wearing any machines at all! Looks like the world will be divided into two camps, those that ‘wear’ and those that don’t.

If you’re not really ready for all this new tech, then at least your kids can be when you buy them their very first 3D printer. 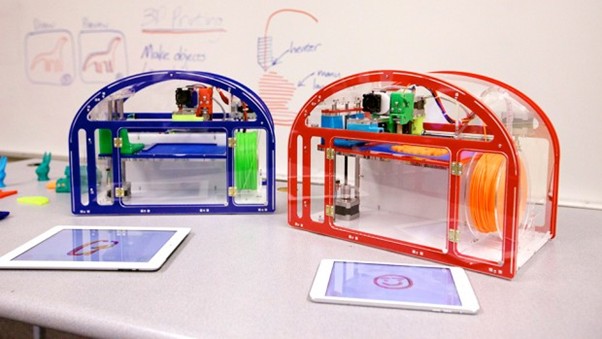 Mission Street Manufacturing http://www.missionst.com/ will have these little babies, for your little babies, on the street by October. Just in time for my birthday. I may not be their target market but I do need a 3D printer. I don’t know why but I’ve got a few months to come up with a good excuse to invest in one (there I go again).

And finally HP have decided to do more than just make printers that need frustratingly unintuitive software to simply scan a document. Although they haven’t quite solved that problem they are going to solve this one… they are going to build a whole new kind of computer. Called, unimaginatively “The Machine’. It will use photonics instead of electronics to send bits of information around and “memristors’ to store the data. Coupled with an entirely new operating system the result is faster and more importantly, more efficient computing (IT now accounts for over 10% of the world’s energy comsumption did you know?). 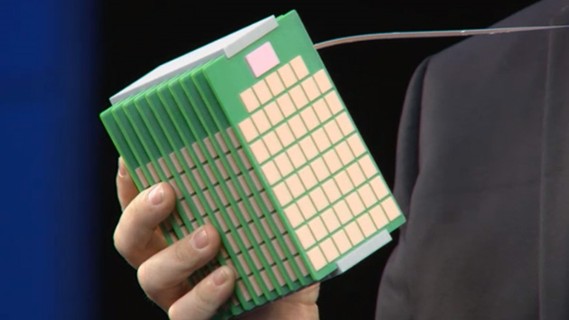 Yes, it may only look like a block of plastic right now (“cause that’s what it is right now) but by 2019 The Machine will be available as a product as their confidently titled slide shows: 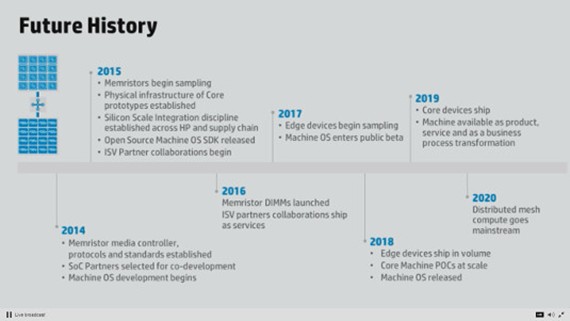 That’s not very far off. Time flies in the world of computing. In fact Google’s new director of engineering, Ray Kurzweil, has just predicted that computers will be cleverer that humans by 2029. At the rate that Google is buying up robotics companies I expect he may be right. Good, no more pulling my hair out to scan a few documents, I’ll just get the robot to do it.