Baha Mar resort complex in the Bahamas has announced a $300 million expansion, which will include a major water park and entertainment development, called Baha Mar Bay.

According to The Tribune, an agreement between the resort and the government was signed this week, bringing Baha Mar’s total investment to $4.8 billion.

As part of the latest project, there will be significant renovations and enhancements to the Melia Nassau Beach Resort.

There will also be luxury beachfront adventure experiences and developments at Long Cay, a private island. The work is expected to complete within the next one to two years.

Prime Minister of the Bahamas, Dr Hubert Minnis, said Baha Mar Bay will be built on 15.3 acres of land on the site of the former Wyndham Hotel.

“It will include a family-friendly recreational area with water attractions for guests of all ages,” he said.

Dr Minnis also said there will be a public entry area for the general public “to enjoy the attractions and activities”. He also said the second phase will involve lengthening and widening the pier.

“The new pier restaurant will provide a greater variety of beachfront and pool dining options for the guests at the resort and Baha Mar Bay, and will complement the existing food and beverage offerings at the resort.”

There will also be upgrades and refurbishments at the Melia Hotel, and at restaurants, gyms, public areas, and meeting spaces. 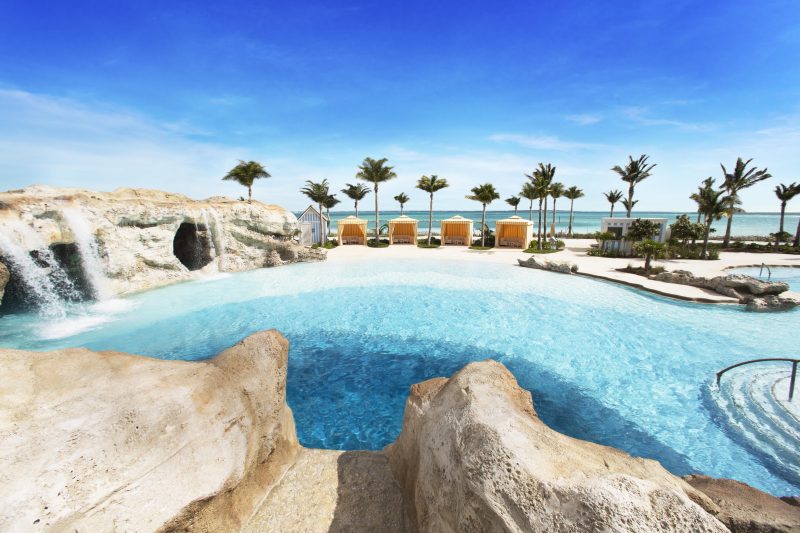 Two activity centres for children will also be constructed, and will include arts and crafts, theatre, virtual reality (VR) gaming, and more.

Long Cay will get enhancements to the beach areas, as well as a new extended pier, beach club, and F&B outlets.