The all-new designated area highlighting local species, will serve as home to animals from one of North America’s largest deserts, and will include key mammals such as Mexican grey wolves, mountain lions, and jaguars; birds including thick-billed parrots, sand hill cranes, and barn owls; reptiles such as the bolson tortoise and coach whip snake; and arachnids such as scorpions, tarantulas, and black widow spiders.

“One of the most important and recent trends in zoos is to exhibit and celebrate the plants and animals that live in the immediate region, rather than displaying exotic wildlife from across the planet,” said El Paso Zoo director Steve Marshall. “Our central goal with the new Chihuahuan Desert exhibit is to inspire our visitors to go explore these biomes in our nearby, fantastic National and State Parks and even their own backyards – where they can make a personal, incredible impact on conservation.”

Funded by the recent Quality of Life bond, the central feature of the new 2.3-acre Chihuahuan Desert exhibit will be a 45’ mountain, inspired by incredible rock features in the nearby Hueco Tanks State Park & Historic Site. The mountain will present an exciting water feature, and will be home to jaguars and mountain lions, able to be rotated through the exhibits and visible from all sides of the mountain. An invisible barrier will separate the big cats from habitats at the base of the mountain where numerous herbivores will graze among native plants, all seemingly inhabiting the same exhibit.

Guests will enter the Chihuahuan Desert area through a recreated arroyo (a dry riverbed, which in nature, floods with water during times of heavy rain), and will encounter a stunning new art installation. The exhibit design was carefully composed to preserve a large number of existing mature trees; which, along with ample new shade structures, will make the area comfortable and inviting for visitors. Nearby, prairie dogs will bark from an exhibit where guests can view the animals up-close through pop-up domes and crawl spaces.

Walking around the mountain, visitors will find a new classroom and interpretive experience nestled between the Mexican grey wolf and thick-billed parrot breeding centers. The Zoo is carefully utilizing innovative breeding programs for these endangered animals, vital to both the ecosystem and history of the region. 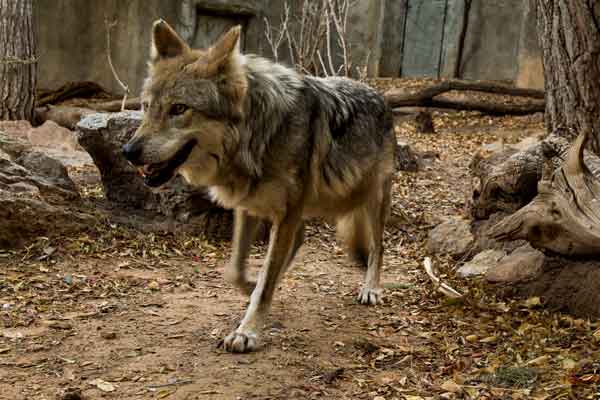 A rich and cohesive story

Visitors to the Zoo will also pass beneath an enclosed bridge that will allow jaguars to cross between the mountain and their individual exhibit spaces. Walking around the space, guests can experience new theater seating integrated into the mountain, where Zoo staff will provide big cat interpretive programs for up to 46 guests. Lastly, an exhibit, recreated as the kitchen of an abandoned ranch house, will feature many smaller native animals, such as owls, amphibians, reptiles, and arachnids, educating guests on the animals found closest to their homes.

“One of the greatest challenges of El Paso’s new exhibit spaces is incorporating an expansive set of animals into just over two acres, while ensuring that it is beautiful, tells a rich and cohesive story, and is healthy for the animals,” said John Kemper, vice president PGAV Destinations, a global leader in the planning and design of unique destinations.  “By overcoming that challenge, we intend to instill wonder in guests at the vast biodiversity in their own backyards, and inspire them to explore the nearby wilderness and take action in conservation.”

The El Paso Zoo is a 35-acre facility that houses animals representing over 220 species, including critically endangered species. One-sixth of Zoo to is to be renovated to feature local species.  The zoo’s Chihuahuan Desert exhibit will complete construction in May 2019. After a period of acclimation for its new animal residents, it will open to the public in the fall of 2019.