Comcast NBCUniversal has showcased the ten companies it works with in its LIFT Labs Accelerator, powered by Techstars.

This is the first year of the Accelerator, and ten tech start ups from around the world have been part of the 13-week programme. They were showcased at the annual Demo Day, which took place on October 11.

The accelerator program connects 10 companies with over 50 mentors across Comcast NBCUniversal. Many of the start ups landed pilot projects during the programme.

Sam Schwartz, Comcast Cable Chief Business Development Officer, said: “We were inspired by the spirit and creativity of these companies as they were building their businesses. For our executives, it was an exciting opportunity to mentor and learn alongside them. There are many collaboration stories, and we hope this is just the beginning of what’s to come. Some of the founders will continue to build successful companies alongside us, in our hometown of Philadelphia, and in other cities around the globe.”

Techstars Managing Director, Maya Baratz, said: “Having worked closely with these 10 companies, I’ve been inspired by how they have considerably evolved over a short period of time. I’m eager to watch them continue to grow and collectively unfold the future of how media will be defined, how it will be consumed, and how it will bring us together. Now a part of the Techstars network, I also look forward to watching them expand this core network that helps entrepreneurs succeed as they scale their companies.”

The Accelerator companies are developing areas such as payment, Artificial Intelligence, Augmented Reality and eSports.

The Demo Day was attended by hundreds of industry figures, while a global audience watched a livestream.

alive5 allows small-to-medium-sized businesses to accept payments on any digital messaging channel. The company currently supports over 800 customers, and they have announced a new partnership with Spectra Venue Management, which manages hundreds of venues throughout North America.

eyecandylab works with video content creators to create interactive augmented reality experiences. The company launched successfully in Germany with a major media company and has now debuted in the US partnered with Nickelodeon.

Orai is a speech coach powered by artificial intelligence. It is the #1 public speaking app in the App store.

Pium offers users a variety of mood-boosting scents throughout the day. The system uses one connected device and a subscription-based scent platform. The company plans to partner with Universal Parks and Resorts and Loews Hotels to offer a sneak peek of the product to hotel guests. 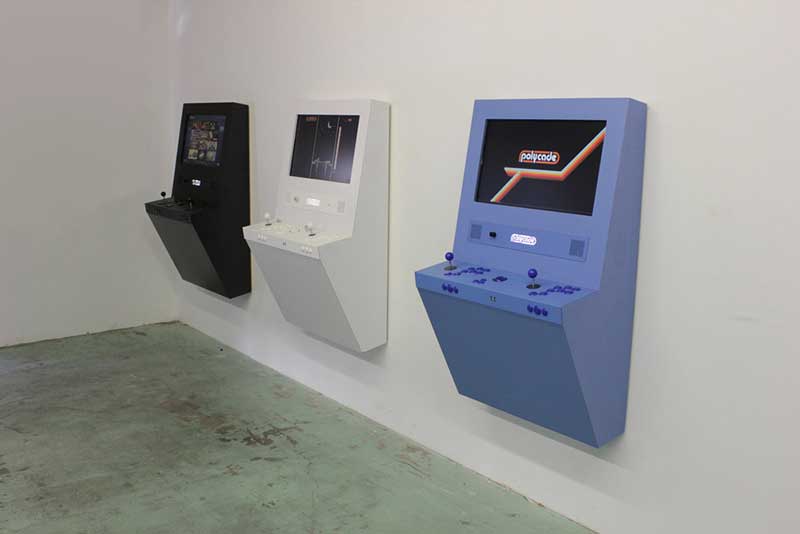 Polycade turns video games into in-person social events. After raising $120k on Kickstarter, the company reached over $750,000 in sales.

Portl Media provides a personalized entertainment platform for rideshare vehicles. The company has signed content and advertising deals with partners including Vice and Nestle.

Tally Interactive allows content creators to make and host their own live, interactive shows. 9 out of 10 viewers interact with shows on Tally and, on average, viewers engage twice every minute with no monetary incentive.

Thinker-Tinker blends traditional tactile play and digital interaction to improve the quality of kids’ play time. The company will partner with Universal on a licensing arrangement to include DreamWorks iconic characters in its platform.

Trapica utilises artificial intelligence to optimize targeting decisions in advertising campaigns, allowing marketers to reach the right audiences at the exact time they are ready to convert.

WiARframe, allows anyone to prototype and share augmented reality experiences in minutes. Notable companies including SYFY, Huge, EON Reality and Nexus Studios are set to use WiARframe for their next AR projects.

Disney showcased the companies in its more established Disney Accelerator programme on its annual Demo Day on October 10. Now in its fifth year the Disney programme is exploring similar technologies to the Comcast LIFT Labs initiative.