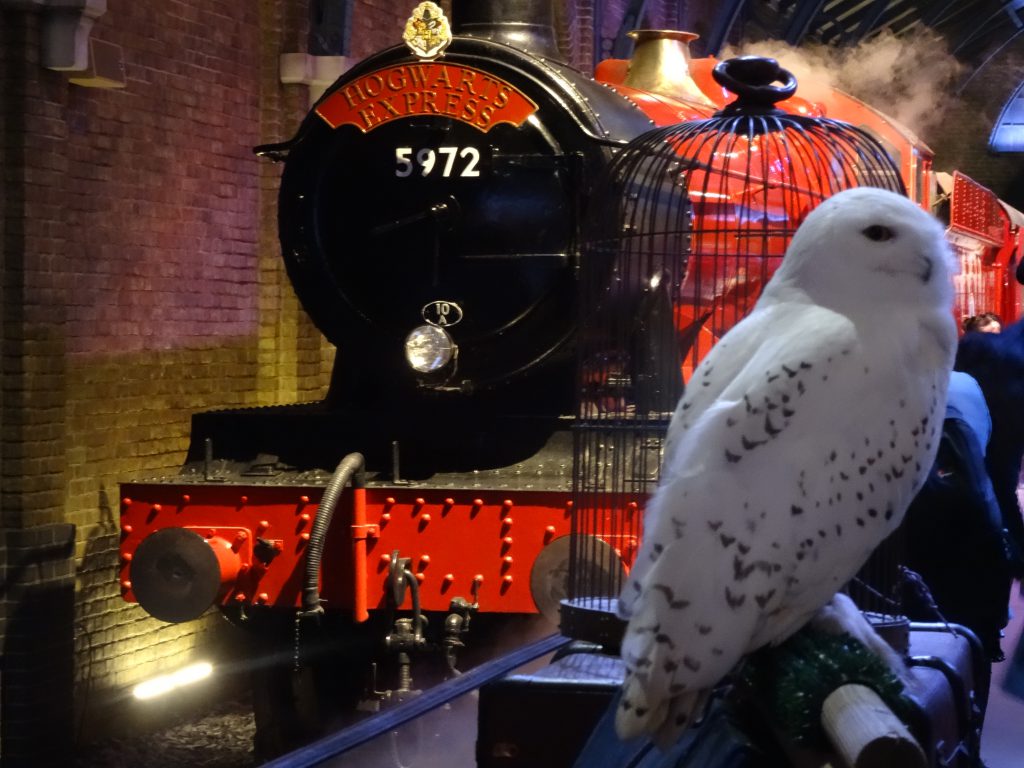 The preview of the Hogwarts Express at the Warner Bros. Studio Tour London ‘ The Making of Harry Potter last week was a classy affair as would be expected from this classy attraction, with great attention to detail, quality, authenticity and a touch of magical inspiration. 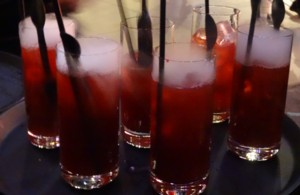 The 78 year old steam engine in Hogwarts Express livery, displayed with billowing steam in a permanent new 20, 000 sq ft recreation of Platform 9 A? at Kings Cross Station, opened to the public on Thursday 19th March.

The evening preview event gave Blooloop and other lucky industry insiders including Lesley Morisetti, Ray Braun, Paul Kent, Sarah Joyce and Baz Slatter the opportunity to tour the finished attraction, with the welcome enhancement of cocktails and canapes. 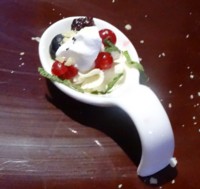 A touch of magic had been added by the caterers ‘ ‘smoking’ cocktails and a surprise twist of popping candy in the Eton Mess.

Then there were the special guest stars – real owls, a rat and a very grumpy Crookshanks cat on the platform. Typically the cat stole the show with its lack of co-operation. We waited quite a while for this shot. 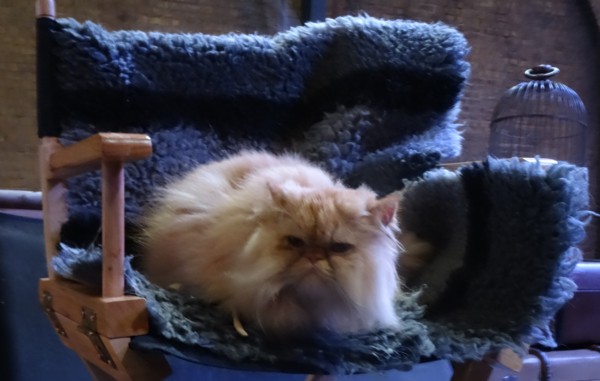 Of course the platform would be incomplete without a gift shop stocked with the new Hogwarts Express merchandise. 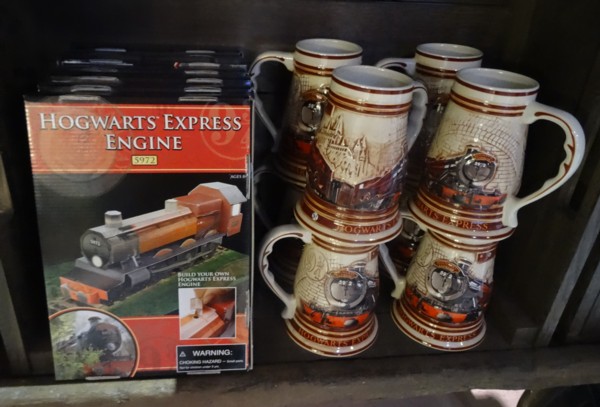 The focal point of the platform expansion is naturally the beautifully lit, red, shiny steam engine and carriage. 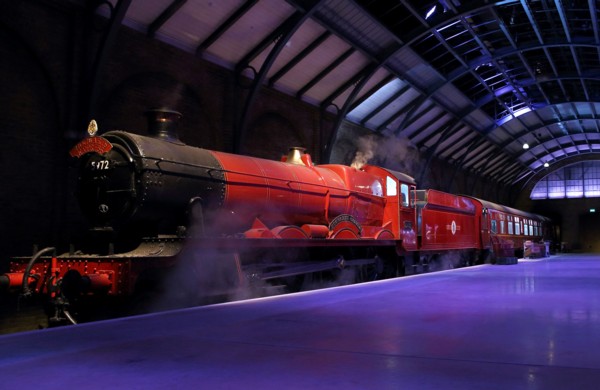 However, the options available to create an attraction from the train itself are clearly limited by the narrowness of the carriage passageway and compartment layout. Visitors queue to walk down the passageway of the carriage in single file. Each (closed) compartment is set out with props from one of Harry’s years at Hogwarts. It’s well done and authentic and lots of people were taking the opportunity to have their photos taken waving goodbye to loved ones on the platform. 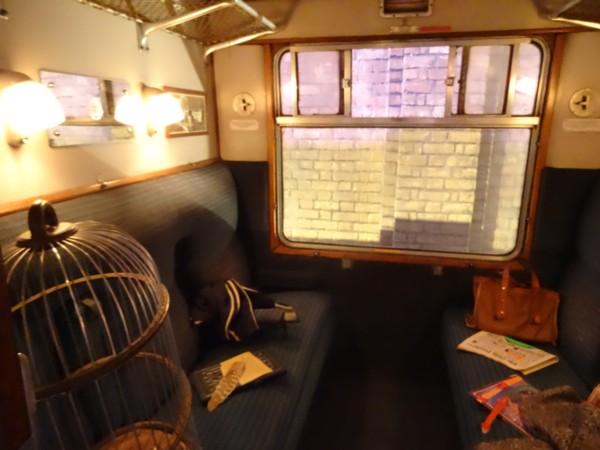 What’s interesting is how this particular section of the Warner Bros experience caters to the needs of the selfie generation. Perhaps because of the limitations of the Hogwarts Express as a centrepiece, other than looking very beautiful, there has been a deliberate effort to create photo opportunities for the young Potter fans. Some of these are informal, like waving from the train, but there are two structured photo ops on the platform, developed in partnership with Picsolve, that enhance the visitor experience by putting the guest in the film, which is after all where they want to be.

The first photo op is a simple pushing the trolley into the wall scene. But it’s well done with attendants offering a choice of Hogwart’s house scarves as well as advice on posing.

The second is much more high tech, and an experience in itself, created in the same interior train carriage set that was used for filming. This railway carriage section has green screen windows that show iconic moments from the Potter train journeys. A voice over encourages the riders to interact with the film by trying to catch escaping chocolate frogs or cowering at the sight of Dementors. With moments of recognition and the odd jump, the attraction nicely extends the experience in a way that is impossible to do on the train itself. 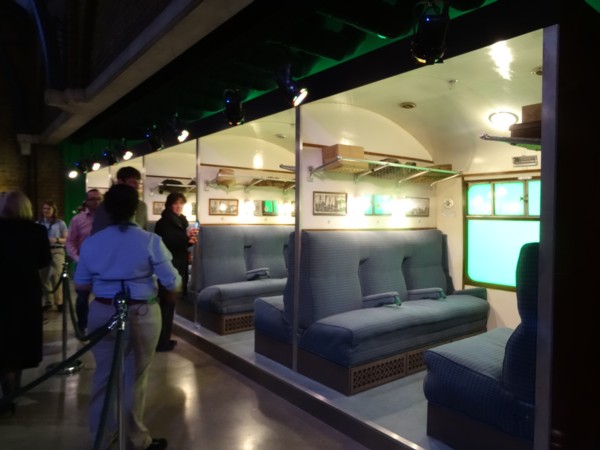 Of course there are many fantastic examples of animatronics and innovative AV throughout this wonderful studio tour that engage visitors with the superb props that can’t be touched. Here’s our montage of the best moving bits from the Warner Bros. Studio Tour London ‘ The Making of Harry Potter including some from the Hogwarts Express.