“Museums were the content platform of the 19th century.” So said former UK culture minister, Ed Vaizey on an episode of his podcast The Vaizey View earlier this summer. He was speaking to Doug Gurr, who last year left his role as head of Amazon UK to take the reins of London’s Natural History Museum (NHM).

Gurr’s response was that he wants his museum to better fit the content platforms of the 21st century, and revealed he was setting the NHM the task of massively increasing the amount of digital content it creates.

In fact, he has given his staff a target to publish 100,000 new digital content pieces. That’s 100,000 ‘stories’ to be published as blogs, podcasts, videos (both short and long-form) and more. At the time of the interview, he said they’d published only around 1,000.

There’s a fair way still to go then. Gurr’s target is hugely ambitious and it’s going to take a lot of time to meet. Even if they published 10 new pieces of content every single day, it would still take a somewhat eye-watering 27 years. Who knows then whether the target was set to actually be met, or if it was a symbolic way of highlighting the scale of change Gurr wants to see. Either way, it’s a mountain to climb.

But it is a good idea – and a direction of travel other museums will no doubt follow. Content is king, after all.

However, the main obstacle for the museum in meeting this goal is that it is hard to scale up content creation. We all know museums don’t exactly have large communications teams so there will always be a cap on what can be produced due to resources. That is unless they’re planning on hiring hundreds more comms staff, which I think we can safely assume they’re not.

So if the Natural History Museum is really serious about even attempting to get towards a 100,000-strong content library they’re going to have to look for innovative ideas and ways of working within their existing means. I suggest they begin by looking at Gurr’s former sector: retail.

A recent article in the Guardian highlighted how the retail industry is beginning to establish in-house talent management divisions. Major retailers are turning their shop floor managers into the new influencers. Marks & Spencer, John Lewis and Superdrug are just some of the brands who are utilising their own staff – and often their personal social media accounts – to engage customers online.

A new kind of influencer

The exact setup varies. At John Lewis, there are over 350 staff members with Instagram accounts linked to their work. One, Victoria Thewlis, a personal stylist at the retailer, has more than 30,000 followers on Instagram and she posts tips and responds to questions from customers.

At Marks and Spencer, 200 stores have TikTok accounts. The M&S social media team send out a weekly package of products and services they’d like promoted but individual store teams have the freedom to present things how they see fit. It’s this level of autonomy that has helped make TikTok stars of some of the shop-floor workers.

In M&S Longbridge, a stand-in cardboard cut-out has been erected as there was such disappointment for shoppers when they couldn’t take a selfie with a staff member (who’d gone viral) on his days off.

The benefits of in-house talent management are the same as those that fuel the influencer marketing industry, mainly that individual personalities help foster deeper relationships between brands and audiences. But the extra benefit of working with the existing staff is the fact that much more content can be created to promote an organisation. Vastly more than a centralised comms team would ever be able to manage through third-party influencers.

More content means more eyeballs, which is key for a museum in the attention economy. Gurr clearly knows this. He has set the NHM’s sights high in order to compete with the abundance of content produced online. Museums, like retailers, constantly need to be bringing people back into their ecosystem to keep them engaged.

Thankfully, and again like retailers, museums have an excellent ready-made resource to do this in their staff body.

Museums are full of smart, opinionated and funny people who can help us engage new audiences…This engagement can be achieved by boosting personalities through social media.

Adam Koszary, who until recently was social media and editorial content manager at the Royal Academy of Arts, agrees:

“Museums are full of smart, opinionated and funny people who can help us engage new audiences,” he told me. This engagement can be achieved “by boosting personalities through social media.”

Koszary says that while he was at the RA, they did consider looking at something along these lines:

“We always meant to make more of colleagues like Carl, one of the security guards, who does children’s songs on YouTube.”

But like many things in the museum and gallery world, other priorities meant they never quite got it to the top of the agenda. Which again shows how talent management can help. Yes, the initial start-up work might be significant. However, it ultimately creates a workflow that doesn’t require as much day-to-day in the long run.

Social media as a window into the organisation

There are of course many practical considerations. The most obvious being when should remuneration kick-in, and what is the appropriate level of oversight on content. But as Koszary reiterates, talent management “doesn’t mean everyone has to be a TikTok star.”

“Social media should be a window onto a whole organization,” he says. Museums should be letting people know “the door’s open to creating social media content alongside the day job.”

Many staff will be doing this anyway. So from a museum’s perspective, even establishing a relatively informal talent management plan – a way of nurturing active social media users within their staff – would be a way of ramping up content production. This would be a very useful network to amplify key messages and activities.

And for the Natural History Museum, it would be a prime tool in the faster delivery of their 100,000 target. 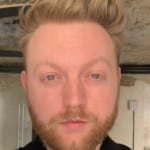 Maxwell has worked in the museum sector for over a decade, including 8 years in press and communications at two UK national museums. His popular email newsletter 'maxwell museums' helps people get the inside track on museums, galleries and art, and mixes a curated round-up of the latest news with original features. His writing has also appeared in publications such as Museum ID and National Geographic Traveller.