Kia Motors (UK) has launched a summer programme that brings the excitement of CricketLive! to fans at KSL and NatWest T20 Blast Matches

CricketLive! is fast, fun and also hugely addictive. The digitally-connected table-top cricket game is scoring a huge hit amongst cricket fans all over the world. Now Kia has introduced the excitement of the game to many of its Kia Super League (KSL) games as well as Surrey home matches in the NatWest T20 Blast. 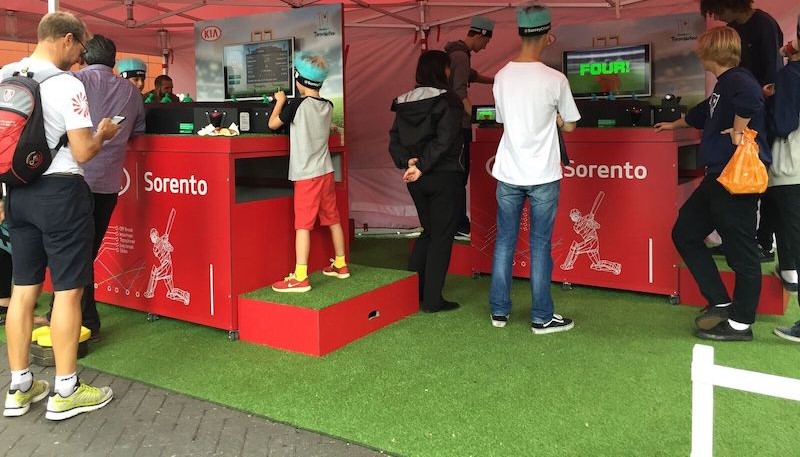 “We wanted to introduce an entirely new, very inclusive type of cricket experience to fans at the Super League and the T20 Blast,” says Maaike de Vries, Events and Sponsorship Manager at Kia Motors.

“The ThrowMotion cricket games met our needs perfectly. They are a lot of fun and very addictive for all ages. We’ve had over one thousand fans participate in the Slugfest so far, racking up more than 7,500 runs in the first month of the programme.”

It’s hard to miss the bright red Kia booth with its ThrowMotion game units. The booth is sited on a simulated village green near the Alec Stewart gate at The Oval.

The table cricket game has, in just one season become just as popular as the long standing £1000 Kia catch activation. 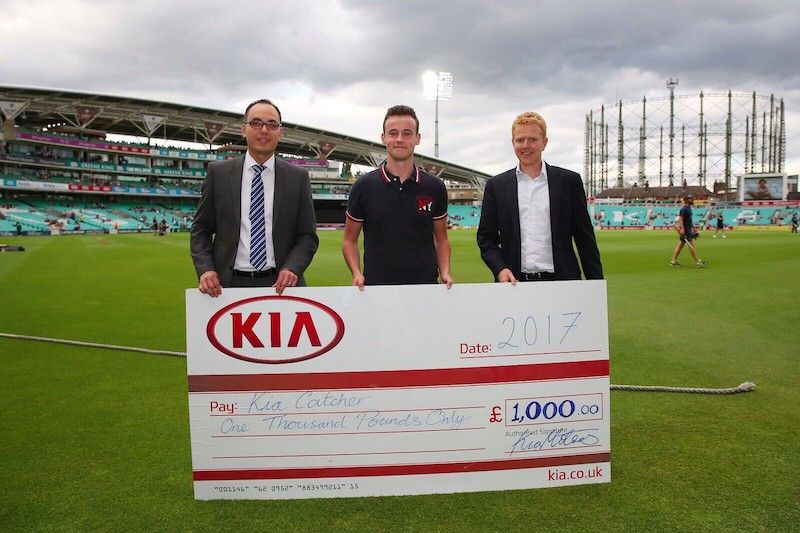 “We’re super excited to partner with Kia to bring CricketLive! to UK cricket stadiums for the first time,” says Aditya Dayal, founder of ThrowMotion. “We created this game to bring the fun and realism of cricket to the table-top. Given that cricket fans here really enjoy and appreciate the nuances of the sport so much, we’re delighted to see such a high level of engagement on our games!”

Interactive features and a mobile app

Cricket Live! has been designed for use in a wide variety of venues as well as at home. The game’s interactive features and mobile app make it easy to create teams. These can then participate in leagues and tournaments. Performance data can also be tracked and shared. The game has bowled over staff at the offices of tech giants Google, Cisco, Juniper Networks and other companies in Silicon Valley, as well as companies across the U.S., India, Dubai and the UK.

The game is also a highlight of the Games Exhibition at the M.C.C. Museum at Lord’s Cricket Ground.