An outlet mall in Puerto Rico has bounced back from hurricane damage with a new entertainment offering that includes a Sky Trail installation by Ropes Courses Incorporated (RCI).

Business and recreation is on the upswing for this Caribbean island after the devastation of Hurricane Maria in September 2017.

Rather than immediately repairing and re-opening the Outlet 66 mall in Canovańas, management stepped back and re-envisioned 18-year-old facility. It has now been relaunched as a more appealing destination for both locals and tourists.

A new centrepiece for Outlet 66

After meeting with the RCI designers last November, mall owner Justin Tirri decided to remodel its interior to create a combination of retail and family entertainment centre.

During the final week of September, one year after Hurricane Maria tore through Puerto Rico, the Sky Trail course opened in Outlet 66’s Sector Sixty6 entertainment zone. Designed and constructed by RCI, the attraction replaces a carousel that had previously served as the mall’s centrepiece. The structure offers a contemporary, sleek and engaging new focal point for Outlook 66 and an exciting activity for shoppers and their families. The curved Sky Rail in particular captures visitor’s attention as it sends participants soaring around the course.

The course design and colours are inspired by the houses of Old San Juan, which is located about 30 minutes away. This is combined with an industrial look that complements the 70+ new and refurbished stores that surround it. The Outlet 66 attraction is the second Sky Trail® to open in Puerto Rico in the past year. The Albergue Olimpico, an Olympic Training Center for elite and amateur athletes in San Juan, opened in May. The Albergue Olimpico Sky Trail® stands three-stories high and has 27 different elements. Also featured is a QUICKjump freefall exit from the top of the course. Accompanying the main attraction is a smaller Sky Tykes course with scaled-down features for children under 48 inches (1.2 metres).

A mall for all ages

“A lot of people didn’t understand the value of financing a large attraction in a shopping mall,” says RCI’s regional distributor for Latin American sales, Yamel Ramos. “But Justin had analysed market trends. After a soft opening in July that went much better than expected, he was proven correct. Outlet 66 has become a mall for all ages.”

The Outlet 66 installation is the second Sky Trail ropes course to open in Puerto Rico in the past year. The first debuted in May at Albergue Olimpico, an Olympic training centre in San Juan.

“Both of these installations have been particularly meaningful for our company,” says RCI president and founder, Jim Liggett. “The people of Puerto Rico have been through an incredibly tough period. To see their resilience and determination to rebuild and move forward has been impressive. We’re glad that we offer the kind of attractions that are popular with both local families and destination visitors to help the growth and vibrancy of this great island continue.” 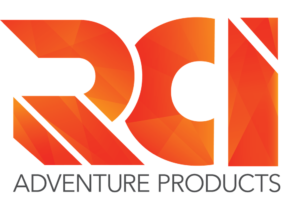