For a third successive year, the Europe and Middle East division of the Themed Entertainment Association (TEA) staged a ‘Festive Day Out’ recently in London. Cocktails, Christmas jumpers and a middle aged snowman were all part of the itinerary for the get-together on Thursday, December 13.

Over the course of the day, around 50 TEA members and guests joined the seasonal celebration and networking opportunity. Here’s what they experienced over an enjoyable 10 hours in the British capital.

Not dissimilar to last year’s visit to the Crystal Maze Experience, but without the addition of a TV-related IP, the event began at Cluequest.

The attraction near King’s Cross is one of over 50 escape room venues in London alone. Yet, as sales and partnership manager Alexis King explained, Cluequest has a more professional focus than some others. And thanks to its Hungarian founders’ contacts (Hungary is viewed as spiritual home of the escape room), it gets its games built for a keener price than the competition. The result is an efficient operation with positive guest ratings. Such team-building provided a nice start to the day.

Just down the road from Cluequest, attendees shared their escape room experiences and compared notes from the past year in the themed entertainment industry. Blooloop particularly enjoyed hearing some members of the party explain the concept of a mince pie (Google it if you’re not familiar) to a perplexed overseas guest! 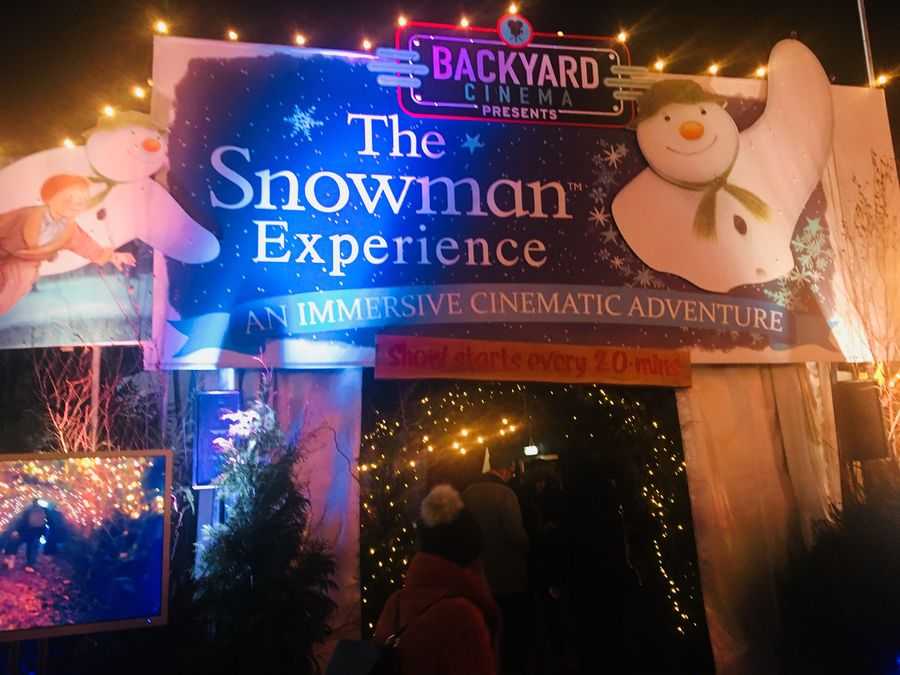 The Snowman Experience at Winter Wonderland

Hyde Park Winter Wonderland – London’s festive theme park that combines elements of a Christmas market, Oktoberfest and other seasonal entertainment – has become a regular part of the programme on the TEA’s festive gathering.

Suzy Griffiths, event director for organiser IMG Events, was there again to welcome TEA colleagues before escorting them to The Snowman Experience by Backyard Theatre. This new addition to Winter Wonderland takes the classic animated film – celebrating its 40th anniversary in 2018 – and splits it into three scenes, each shown in a different room. This, explained founder Dominic Davies, allows Backyard Cinema to use different storytelling and projection techniques, and also increases throughput. The experience culminates with an appearance from the Snowman in costume character form.

The Bavarian Village and virtual reality

As well as Christmas crackers from sponsor Christie, there were ride tokens on the tables for TEA members as they took their seats for dinner in Winter Wonderland’s Bavarian Village.

The tokens were provided by German showman Patrick Greier. Not only does he run the large Oktoberfest-style hospitality operation, but Greier has also contributed one of Winter Wonderland’s new attractions for 2018. Dr Archibald is a virtual reality dark ride that takes the ghost train concept into a new dimension. A credit to is owner.

The Bavarian Village also became a catwalk for Day Out attendees to parade their Christmas jumpers, as we call them in the UK, as part of the TEA’s transatlantic ‘Ugly Sweater’ Contest. Members of the association were also due to showcase their cosy clothing at three different gatherings in the US.

Going against the grain was TEA EME president Matt Barton of 7th Sense Design, wearing both a Christmas shirt and seasonal suit. Because that’s the way he rolls.