Their pilot location – and largest VR and mixed reality entertainment destination in the US – is VR World NYC.

Featuring three interactive floors of mixed reality arts and entertainment; complete with a bar, in a venue mere steps from the Empire State Building; VR World NYC showcases over 50 experiences that range from gaming and multiplayer activities through art and film.

A journey into VR

Blooloop caught up with the Jonathan Elkoubi, Senior Director of Business Development at VR World NYC, to hear about the concept that turns emerging media into a socially engaging experience.

Elkoubi – who describes living in Cyprus for a year under contract with an offshore company, working with a laptop from the beach and “living the dream”, as “the most boring and unrewarding time of my life and the reason I packed my bags and decided on a whim to move to New York” –  says his professional development took a positive turn a decade ago, when he entered the tourism sector; shifting to the attractions world six years ago, when he became Director of Sales & Partnerships for Ripley’s Believe It or Not! on Times Square.

He says: “It was an amazing opportunity to learn first-hand all the behind the scenes intricacies of the New York City attractions market. Prior to working in Tourism, I had worked in First-Response and in Online Sales; relatively far from this field. Today, although I’m not a Founder of VR World (this honor belongs to my partner Leo Tsimmer), I am proud to have been there from the early days; being responsible for turning VR World into a powerful business engine.”

VR World – transforming a lonely experience to a social one

Virtual Reality has been having a moment for a while, and there are a number of alternative systems on the market for home use; from Oculus Rift and Vive and to Playstation’s own version.

However, the entry price is high, and the need for space often prohibitive. Additionally, as Elkoubi points out, VR World – an attraction by day, an entertainment lounge by night – offers more:

“What would be, no matter how great, a lonely experience at home, becomes a fun filled social outing with family and friends. VR World functions on an admission model much more typical of landmarks and midway attractions than any other Location-Based VR Entertainment venue (LBE VR). At its core, it is a proprietary content and queuing management system we developed in-house, attached to a conventional POS.

A finger on the (VR) pulse

In the ultra-fast-moving world of tech, it is vital to keep a finger on the pulse.

Elkoubi says: “We do pay very close attention to all developments in Virtual Reality, Augmented Reality and Mixed Reality – collectively known as XR. 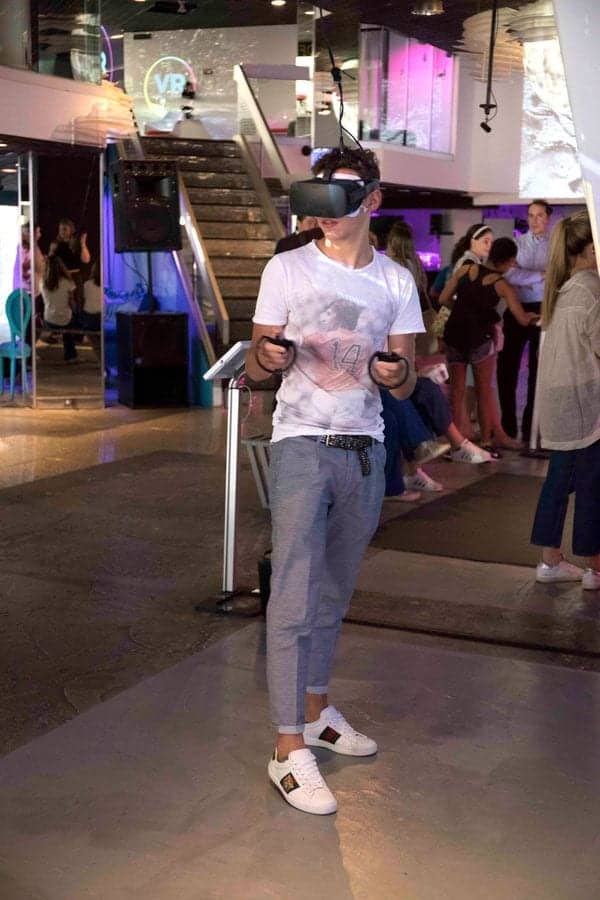 “Since we tend to believe in the mass market adoption of XR in the medium to long run, we’ve ensured VR World will continue to offer amazing experiences which remain unattainable to most in the home.”

He adds: “We are extremely dynamic, and capable of pivoting fast, in part because our core is XR. We have avoided being tied to a specific hardware, to a limitative theme, or a lackluster piece of intellectual property.”

An exciting shift and surprising demographics

There has been, he says, an exciting shift amongst XR hardware and software manufacturers, who are taking LBE VR seriously, and beginning to provide some of the content, business solutions and equipment that they were initially reluctant to produce, under the impression that the ‘home’ market would pick up much faster. 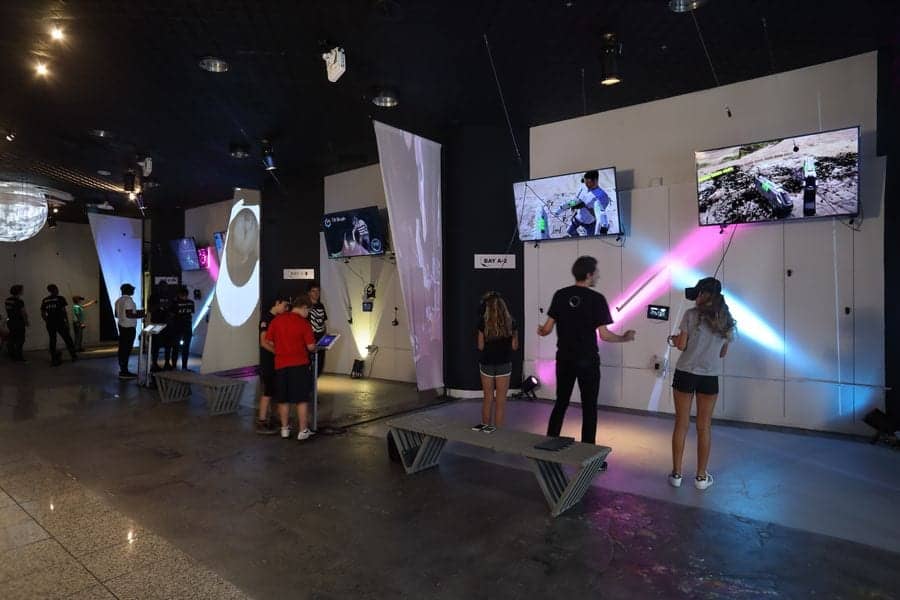 Touching on the demographics, Elkoubi says:

“Our sweet spot has been local visitors between the ages of 18 and 40; with a surprising 56/44 male/female ratio.” 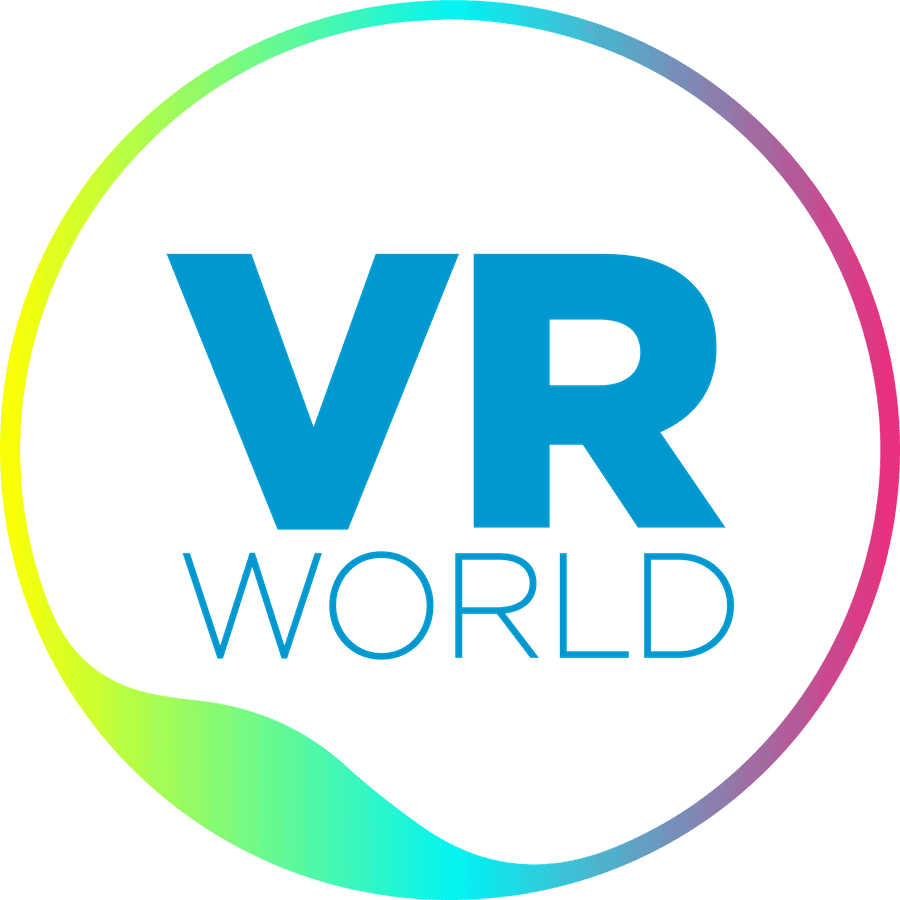 It would be forgivable to imagine that with 60+ million visitors a year and a local market comprised of nearly 20 million people, opening shop in New York would be sufficient to guarantee success.

Elkoubi says, however, this is simply not true. He explains:

“New York as an entertainment market is unforgiving.

“With considerable overheads and over 600 choices of entertainment on any given day, operators not willing to bring unique value to the sophisticated New York area crowds are doomed to fail very fast.”

He adds: “Our unique proposition is to ‘Have Fun Like Never Before’. We entertain with the help of cutting-edge technologies that just yesterday belonged to R&D labs and sci-fi flicks.”

Some possible recipes for failure

He lists a number of reasons that have caused promising companies to founder, saying:

“We’ve identified different types of recipe for failure when it comes to entertainment in general and LBE VR in particular; and they typically match the following profiles: 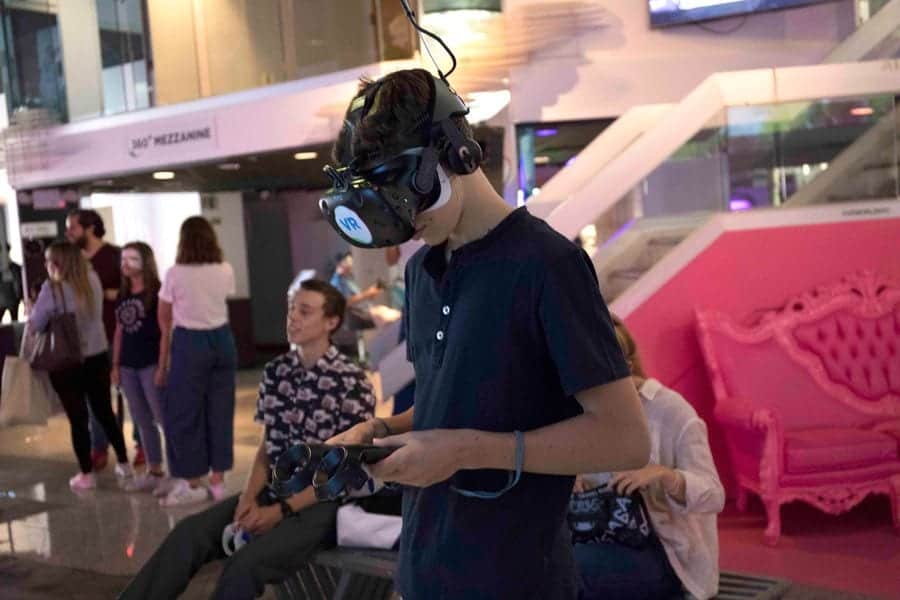 A number of VR entertainment companies, however, are doing it right, in Elkoubi’s estimation:

“OneDome out of San Francisco is doing something unique by combining art with XR;

“Ubisoft, the famous AAA videogame maker, took a very early bet on VR, and isn’t just licensing and recycling its recognisable IPs, but also making sure it offers best-in-class experiences adapted for FECs and LBE VR.

“Otherwise, it’s a little too early to make determination as to the success of many, since we are still in the nascent phase of the industry.”

Redefining XR through culture and technology

VR World’s combination of cutting edge technology, an eclectic, wide-ranging offering, a social, ‘fun’ context and a prime location makes for a sustainable business model. Currently, VR World showcases experiences that range from gaming and multiplayer activities and simulations through art and film; redefining entertainment by merging culture with cutting-edge immersive technology that is out of reach of the home market, and turning XR into the ultimate social experience. 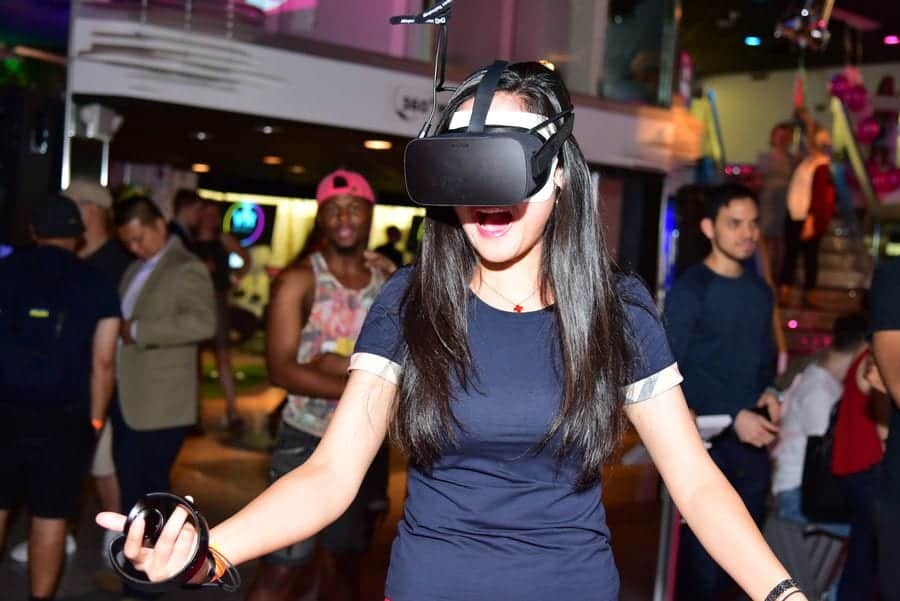 Consumers can battle zombies and explore Orion’s Nebula. They can also take on asteroids in a joystick-controlled pod, This is able to turn in all directions – including upside down – on a two-ton robotic arm. Inaddition, they can drive at breathtaking speeds on a racetrack or walk a plank 480 feet above the ground. Furthermre, they can fly, create art, make music. Then after all this they can take a break for a drink in the bar.

The current iteration of VR World NYC was always meant to be a prototype.

Elkoubi says: “We are currently finishing construction on ‘VR World NYC 2.0’; the new flagship and model for VR World. It should be ready by Q1 of 2019 right next door (it’s an expansion of our current space). The new flagship will serve as a template for our national rollout in 12 prime locations in North America. In fact, our team is scouting as we speak. And, we are actively talking to investors interested in fueling our growth.”