The Atlanta Hawks basketball team has launched an immersive experience to promote its suites and premium seating at the US city’s State Farm Arena. Located at CNN Center, audiovisual throughout the Atlanta Hawks Preview Center was provided by Electrosonic.

Nearly $200 million was spent to renovate the sports and concert venue, which reopened in October. At the Preview Center, potential customers can discover the premium experiences that await at the new-look arena.

Extensive use of projection

When visitors arrive in the Preview Center’s lounge-style reception room they are greeted by a guide. The Anthem Theater boasts a large projection wall. Here handheld interactive controllers trigger video that immerses guests in the evolution and rebirth of Atlanta’s NBA basketball programme. Electrosonic provided the laser projector for the curved projection screen, the custom PC for Hornall Anderson’s content and all of the wall’s audio support. 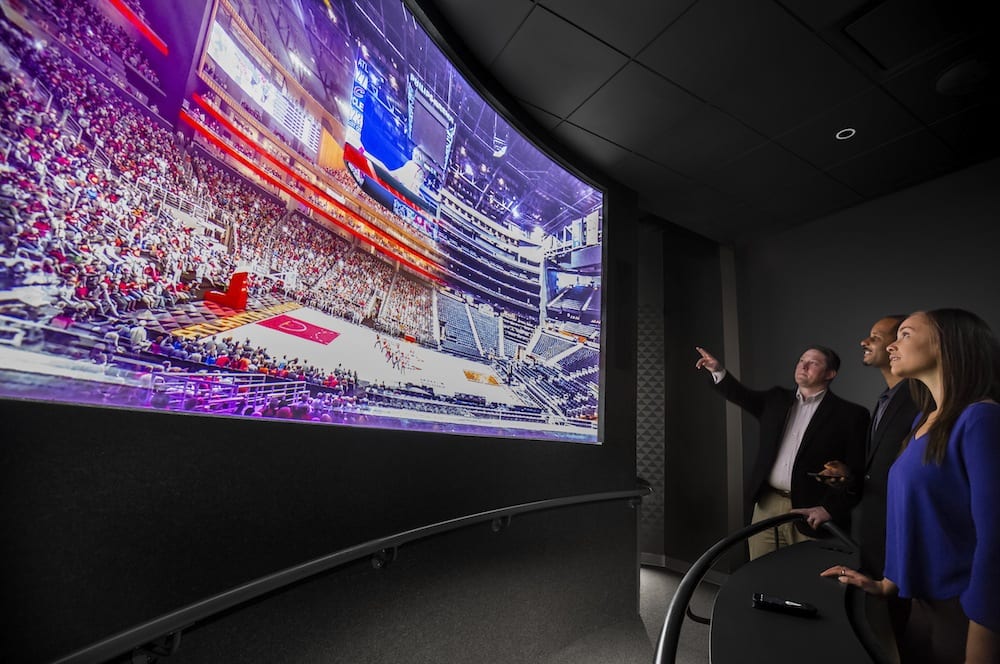 Next, visitors overlook a recessed pit with a projection wall backdrop showing a mix of live TV and recorded video. Detailed projections overlay a 3D black and white architectural model in the pit below to show guests the arena’s configuration for basketball games, concerts and other events. Audio is provided by QSC surround ceiling speakers with below-floor transducers for low-end reinforcement.

Electrosonic opted for a projection solution to give “the client the most bang for the buck in this presentation,” says the company’s Sean McChesney. “Using blended projectors and projection mapping is something we frequently do in larger spaces at theme parks and museums, but the Epson laser projectors and custom PCs we provided allowed the content group to achieve what they needed on a lower budget.” 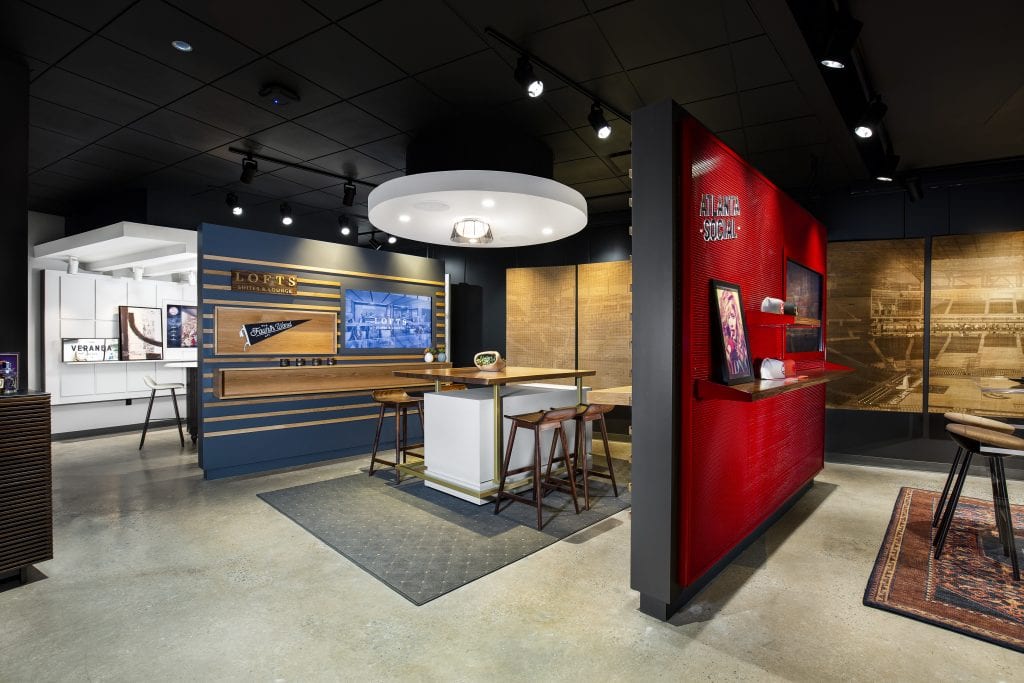 Finally, visitors move on to three themed suites, which act as closing rooms for the sales agents. Here Electrosonic supplied 55-inch touchscreens that display information such as traffic patterns, parking and average cost per game.

“The project was completed in a rapid four-and-a-half months timeframe with customisations,” says Sean McChesney. “That could only happen when you collaborate with a company like Hornall Anderson, with whom we have a strong and trusting working relationship.”