The French company saw off stiff competition for the accolades which mark the end of an exceptional year.

Eastern Sunrise scooped an IAAPA Brass Ring Award for Live Entertainment Excellence where it was up against ECA2’s own Lake of Illusions for OCT Shanghai Happy Valley and Walt Disney’s Magic Kingdom Park Nighttime Spectacular.

The opening ceremony for the 17th FINA World Aquatics Championships was honoured with two Best Event Awards. The one-off event transformed the city of Budapest and the Danube River into a spectacular theatre.

“We had to imagine a show on an Olympic scale,” explains ECA2’s CEO and Ceremony Producer, Jean-Christophe Canizares. “So we used the iconic landmarks of Budapest to transform the historic city centre into a massive multimedia urban theatre.”

The Chief Director of the Opening Ceremony and head of Müpa, Csaba Káel, underlined
the challenge of creating “a multidisciplinary live spectacle inspired by the unique connection between the cultural heritage of Hungary and sports.”

He said the success was down to great teamwork and a “deep commitment to making something spectacular, unforgettable and meaningful not just for the Hungarian audience, but the millions of people all over the world watching the opening ceremony live, online and broadcasted.” 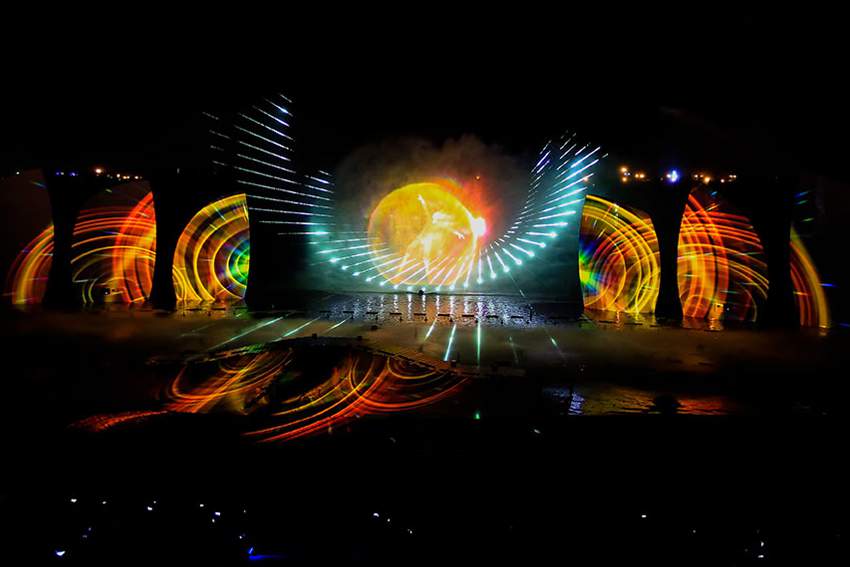 With its headquarters in Hong Kong, ECA2 group now spans several continents with offices in Dubai, Shenzhen and Paris, describing the latter as its ‘creative heart’.