Marc Zachary has been appointed Senior VP of Business Development at FoxNext Destinations: the location-based entertainment division of FoxNext.

In his new role, he will report to FoxNext president, Salil Mehta, and work alongside Jennifer Koblosky, FoxNext Destinations VP of Projects. 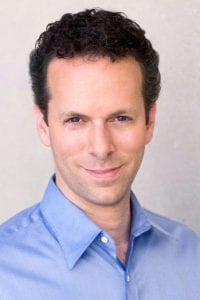 Zachary will be responsible for leading FoxNext Destinations’ business deals and partnerships across various location-based entertainment and theme park attractions around the world.

FoxNext president, Mehta, said: “As we look to aggressively expand our plans around theme parks and location-based entertainment, we are fortunate to have an executive as skilled and passionate as Marc on the team. His expertise will help us expand our portfolio to locations around the world.”

FoxNext is a recently formed group comprised of three Fox business units: FoxNext Games, FoxNext VR Studio and the rebranded FoxNext Destinations (previously Twentieth Century Fox Location Based Entertainment).  The remit of the new group is to explore storytelling and technology across the Fox network.

The group is currently working on a free-roam, multiplayer VR experience inspired by the Alien franchise.

The 2000 sq ft free-roam, multiplayer, VR experience will be open to the public before the end of 2017.  The four player experience uses haptic effects and hand tracking as well as heat, mist and motion platforms.

Working with FoxNext on the VR experience which is currently in the proof-of-concept phase, are iP2 Entertainment and Pure Imagination Studios.

Other projects currently underway from the group include Avatar: Discover Pandora. That is an interactive touring exhibition that is currently in Bangkok. They are also working on FX’s American Horror Story – an attraction at Halloween Horror Nights at Universal Studios.