Longlingshan Ecological Park in Wuhan, China, has launched a fleet of self-driving vehicles to transport guests around the attracion and provide refreshments.

A range of self-driving vehicles, including vending vans and self-driving buses have been created by DeepBlue Technology, Dongfeng Motor and Neolix for the Longlingshan Ecological Park in Wuhan, China.

19 autonomous vehicles have been added to the fleet of the ecological park, set in a suburb in the southwest of Wuhan. They include shuttle buses, taxis, sightseeing cars, cleaning vehicles and food vending outlets. The tracks around the park are covered by 5G signal.

Dongfeng Motor has created a tour bus with two rows of seats. The bus can detect obstacles up to 15 metres away and has been dubbed “99 percent safe” according to Dongfeng technology marketing director Guo Shengwei. He said the bus works on fixed routes within enclosed or semi-enclosed areas. 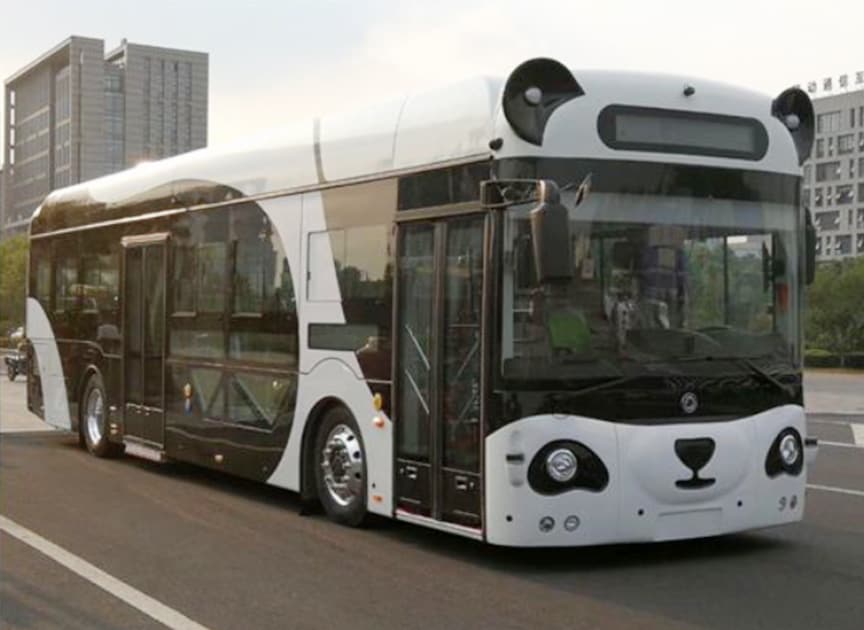 DeepBlue Technology, a startup that majors in AI, has created a range of autonomous cleaning vehicles with friendly panda faces on their fronts. They travel slowly, around 3km per hour, but can work overnight and in harsh conditions, including rainstorms. They have two large sweepers at the front, and a box for rubbish at the rear. DeepBlue operation and maintenance engineer Yi Wei says the cleaners have an internal water reuse system which can recycle water, separating it from waste and dirt.

Meanwhile Beijing-based Neolix specialises in autonomous delivery vehicles and is responsible for the mobile vending units. Visitors can either wave down the vehicles or hail them through their smartphones, says Neolix technician Dou Tiantian.

Longlingshan Ecological Park is located at the junction of Tongshunhe Avenue and Junshan First Avenue in Wuhan. It stretches over 2.9 hectares and its natural boundaries include Zhushan Lake to the north and the Tongshun river to the south. The landscape includes hills, forests, lotus ponds and tea plantations. Walkways stretch over the water and visitors can explore the forest via platforms and walkways set up in the canopy.

The rise of self-driving vehicles at attractions 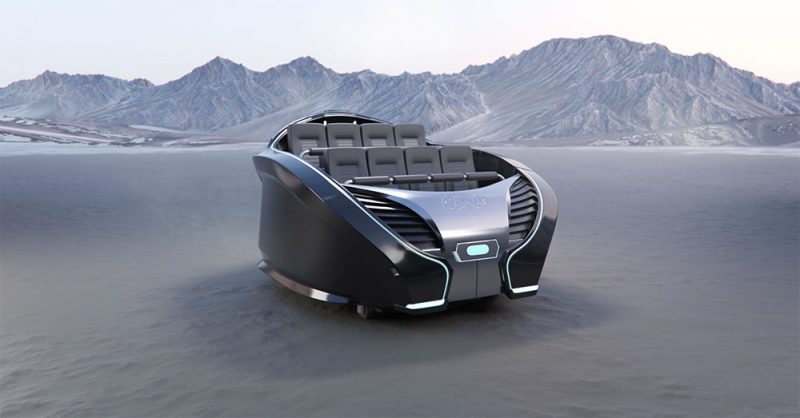 The attractions industry is becoming increasingly aware of the benefits of self-driving vehicles and technology used in other areas is being adapted for use in theme parks and other environments.

Back in 2018, the City of Calgary launched a self-driving electronic shuttle (ELA) to run between two major attractions, the Telus Spark building and Calgary Zoo. The ELA is manufactured by EasyMile and is in use in over 20 countries around the world.