Theory Studios, a digital media specialist in animation and gaming projects, has been hand-selected from a preferred group of metaverse developers by Meta Platforms, to create a new comfortable flying system for virtual reality.

Builder Track with Horizon Worlds is a prestigious programme announced at this year’s Game Developers Conference in San Francisco, allowing game developers to create and work within the Meta metaverse. Once selected, Theory Studios had to design and realise a full Horizon World experience within just two months.

The result is AIRBORNE EXPLORERS, an experience that transports users to a fantasy land, elevated above the clouds. Having been devastated by a strange power, the spherical rock structure is frozen, and players are encouraged to explore and discover its secrets. The mystery soon begins to unravel, culminating in a grand finale that Theory Studios says will surprise and delight all explorers.

“Flying movement is one of the biggest challenges in VR, and we spent weeks refining the code through numerous playtests,” says AIRBORNE EXPLORERS lead developer Jason Strong.

“What started out as an early prototype quickly ballooned into hundreds of lines of code and numerous playthroughs to get the right balance of movement, magic, and comfort.”

A perk of participating in Builder Track with Horizon Worlds was the ability to work with experts at Meta, the parent company of brands such as Facebook, Instagram and Oculus. Horizon Worlds is the group’s flagship metaverse and virtual reality experience, currently inviting developers and players to share in creating innovative experiences.

Theory Studios co-founder and executive producer, David Andrade says: “Working with Meta was incredible. They were interested in weekly feedback and took all of our detailed notes to heart.”

All of the coding and development for the Horizon Worlds project happened inside virtual reality, allowing for swift prototyping and creativity. The Theory Studios team could hop into a world and physically, yet virtually, be next to each other coding.

“It is a game changer for game development and early prototyping. To be able to work together, literally next to each other virtually, was a real benefit in connecting creatives in this remote working world,” remarked Andrade.

The game is suitable for all audiences; however, the studio reports that some may consider it an intense experience due to the flying mechanic. To alleviate this, Theory Studios has incorporated a range of comfort assistance options to reduce motion sickness.

AIRBORNE EXPLORERS is a free experience, lasting approximately twenty minutes in length. Theory Studios was responsible for all concept, design, and coding work for the VR adventure.

Theory Studios is already looking at how it may combine the rapid prototyping and creativity of its metaverse branded projects. Andrade recently spoke at TEA SATE Europe 2022, explaining how rapidly the virtual reality world is taking shape.

Andrade also stated that the metaverse of today is similar to where the development of social media was around the Millennium. Ten years later, the market became dominated by firms such as Facebook, which as Meta, has become one of the largest tech stocks in the world. 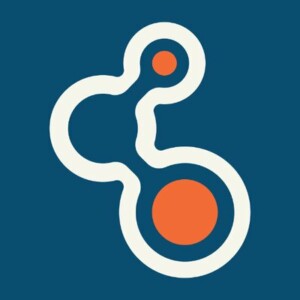