Universal Orlando Resort has announced luxury enhancements and upgrades to Universal Cinemark at CityWalk, the theme park’s dining and entertainment complex. It has also added the new Cinemark XD auditorium.

According to a press release, visitors to Universal Cinemark at CityWalk will now enjoy an epic, state-of-the-art entertainment experience.

The company also says Universal Cinemark is ‘the most cutting-edge movie-watching environment available’. Other features are custom-engineered surround sound with multi-channel speakers and state-of-the-art projection systems that can deliver 35 trillion colours.

In celebration of the new additions, Universal Cinemark at CityWalk is offering various benefits to visitors, including a meal and movie deal, free parking, Cinemark Movie Rewards, and Universal Passholder perks. 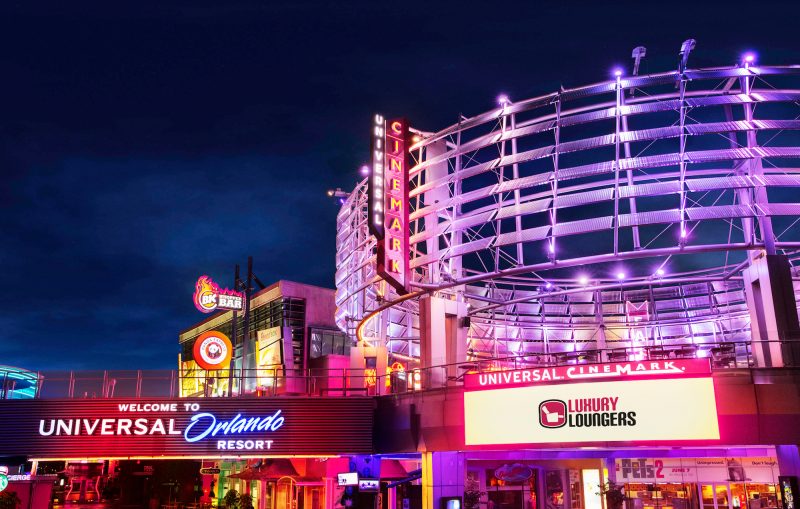 Cineplex is opening the first location of The Rec Room in Quebec, as well as a new VIP Cinemas. The company plans to open 10-15 new locations of The Rec Room over the coming years.

Epic Universe will be located near the Orange County Convention Center in Orlando. It will include an entertainment center, hotels, shops, and restaurants.