The Nijigen no Mori theme park in Japan has announced a new Godzilla-themed area, complete with an enormous Godzilla model, opening in summer 2020.

Godzilla Interception Operation Awaji will also feature a zip line, which will “rush into the body of Godzilla”, and a shooting game for guests to aim at Godzilla’s radioactive cells.

The themed area will also feature a gift shop, F&B, and its own backstory. According to the press release, Godzilla attacked Awaji Island in the Meiji era.

When he returned, the government put a stop to his terror with explosives and a drugged missile. He now sits at the ‘National Awaji-Island Institute of Godzilla Disaster’.

The website reads: “Currently, it is under the supervision of the National Awaji-Island Institute of Godzilla Disaster, but Godzilla has only stopped its activities and is not sure when it will start moving.

“Your power is needed to monitor the behaviour,” it adds.

Godzilla area will also have zip line and shooting game 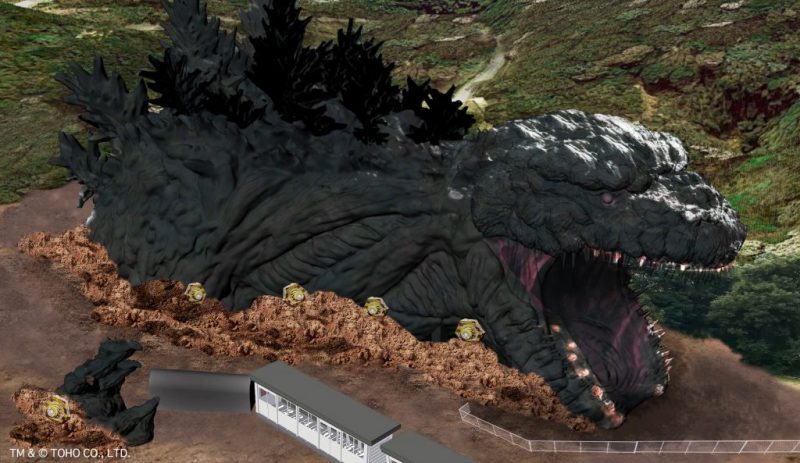 The casino operator and developer is also competing for one of Japan’s integrated resort licenses. It is adopting a ‘Yokohama First’ policy after ending its interest in the Osaka IR.