The video game industry is moving their content to a much bigger console – interactive digital dark rides in amusement parks.

This trend is the intersection between video game companies expanding their brands’ reach while at the same time, amusement park operators are developing dark ride attractions that feature social gaming as core to the guest experience. 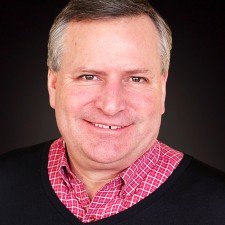 The initial successful results of Ubisoft’s 3D dark ride “Raving Rabbids: Travel in Time” for at Futuroscope in France is credited with driving attendance up by 20%. This has propelled recent announcements from Nintendo and Electronic Arts. Ubisoft meanwhile has announced plans for a complete “next generation” theme park based on their rich stable of successful franchises to open in Malaysia in 2020.

The development of amusement park attractions is part of a bigger media strategy for video game companies. They are also leveraging their game IP into movies and television. Four years ago Ubisoft created a motion pictures division, which resulted in co-producing the “Rabbid Invasion” television show with Nickelodeon, which is now in its second season in France. In 2016, they will release “Assassin’s Creed: The Movie” based on that successful video game property.

Interactive digital dark rides used to be the exclusive domain of Disney and Universal with rides branded with “Spiderman”, “Toy Story” and “Transformers”. Now regional parks like Six Flags, Cedar Fair and Parques Reunidos are embracing dark rides since technology has made the attractions financially viable.

There are three main drivers underlying this trend. Firstly, the attractions are indoors and thus not weather dependent. Secondly, digital content can be switched out seasonally. A case in point is Wonder Mountain’s Guardian at Canada’s Wonderland where Triotech supplied two distinct contents for the same ride. This essentially gives the park two attractions in one single ride. Thirdly, these experiences appeal to whole family experiences. A dark ride based on a video game IP ticks off each one of these boxes except perhaps the wide family appeal which obviously differs for each IP.

A successful dark ride is all about balancing the familiar story, the immersive ride and challenge/reward game play loops. Like any IP, park operators are looking for stories and characters that are familiar to their guests. The “Mario” franchised was launched in 1981

and has sold over 500 million copies. When Universal Studio opens Nintendo-themed rides and character appearances it will appeal to several generation of players and park goers.

Not all video games have this type of reach to support a theme park visitation strategy. It’s no coincidence that Cedar Fair’s “Mass Effect”-themed attraction is going in at California’s Great Adventure in the heart of Silicon Valley. Observers have commented that this particular IP has a narrower “gamer-focused” target market but can provide a good fit with the park’s client base.

As video game companies continue to execute their bigger media strategy you will see more application of their IP in attractions where it aligns with park operators’ business strategy of driving new visitors, especially families, providing experiences that boost repeat visits and extend stay for improved “in park” spend.