Alterface is pleased to be attending IAAPA Virtual Expo: Asia this week, where it will be showcasing its Salto! show control & ride management solution. Salto! is able to power interactive attractions, controlling light, media, sound, special effects and other show elements. The simulator reopened to the public this month, following a project to upgrade it. Inside, guests can find out what it is like to experience a tornado, earthquake, avalanche, meteorite shower or even an erupting volcano. Visitors will be able to put themselves to the test as they feel the intensity of seismic phenomena.

Etienne Sainton, responsible for Product Management at Alterface, says: “The long lifetime of projects like Terre en Colère at Vulcania is the perfect proof that a show control managing the interaction of visitors, creates a surprising and more immersive experience. This is the reason why we offer an interactivity solution that fully connects and directs every element of the show!”

Salto! manages the entire attraction, controlling lighting, sound, audio, animatronics, gameplay and media, as well as physical effects. The solution is used in a variety of locations around the form, from museums and science centres to FECs and theme parks. 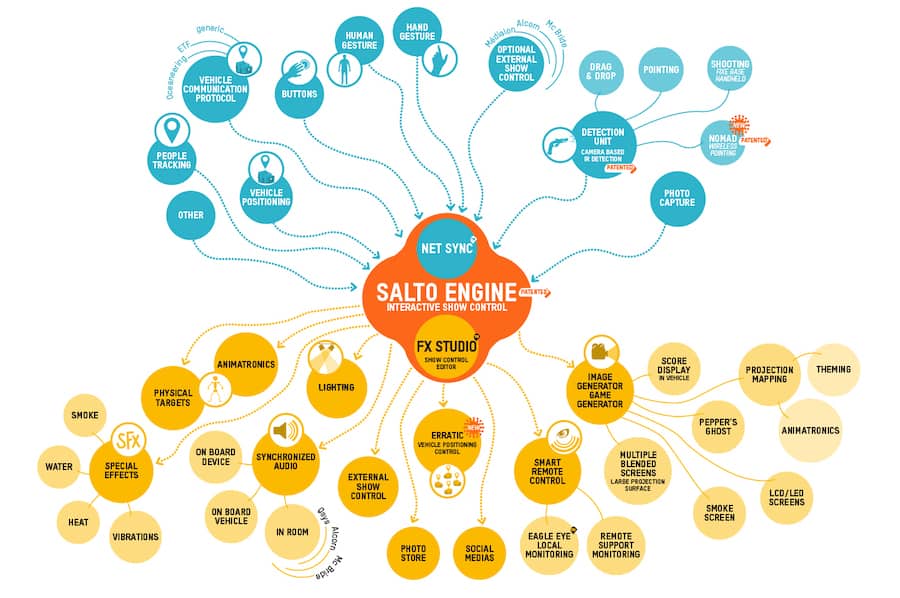 For Popcorn Revenge, Salto! was upgraded and extended to work with the complex, non-linear erratic ride system.

Stéphane Battaille, CEO of Alterface, says, “The best use and proof or our technology is provided by satisfied customers, and mostly by the ride visitors. Multiple industry but also fan awards for our rides show that Alterface delivers what is requested: to Enjoy the Ride. Our team continues to invest in creative and technology developments, enjoying the construction and completion of every single attraction.”

Earlier this year, Alterface announced its new management team, alongside its vision for the future.