The themed zone, which is also referred to as ‘Mowgli in the Country of Dinosaurs’, is styled like an ancient city in dense jungle, surrounded by ruins and decorative rocks.

On an site of 13,000 square metres, the Lost World of Dinosaurs is the largest themed area at Dream Island. It features eight rides, including an immersive Indiana Jones-themed ‘Temple of Fire’ experience.

The storyline is that of Mowgli travelling through the Lost Valley and entering the Land of Dinosaurs. He sets off to find the magic flower of Majelba in order to save Baloo (the bear), after receiving advice from Kaa (the python). 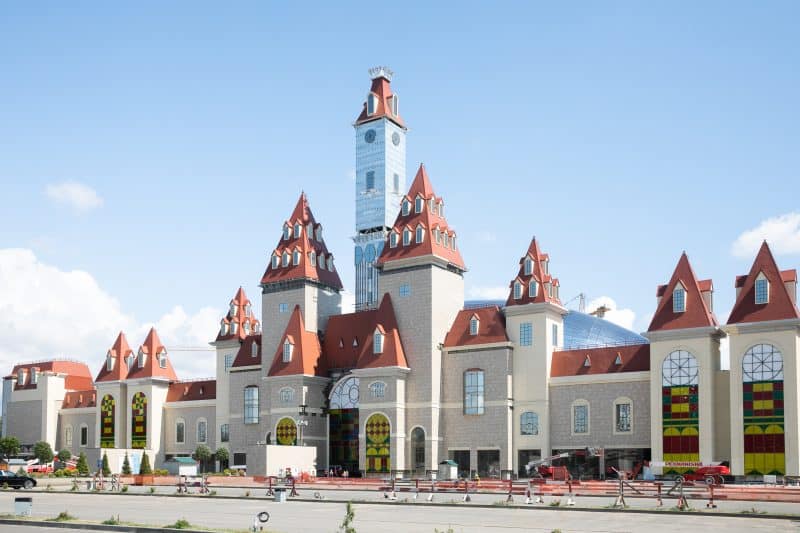 Ivan Scholl, technical director for the theme park, said they have used “truly unique specialists” for theming as “there are not so many thematic projects, especially large ones” in Russia.

He added: “To implement our large-scale idea and control the entire process of architectural work, we turned to foreign expertise and invited, for example, an art director from Italy with extensive experience in implementing projects in European parks.

“Most of the sketches and solutions came out of his pencil. Sculptors and artists who create decorative elements of thematic areas are quite rare and very valuable.”

An ancient city surrounded by ruins and rocks

Themed zones include ‘Fairytale Village’, ‘The Snow Queen’s Castle’, ‘Dream Race’, and ‘Ninja Turtles’. The second part of Dream Island will open in 2020, with ‘Alice in Wonderland’, ‘World of Dinosaurs’, and ‘Buratino’ zones.