Universal has filed patents for two new tower rides – one with interactive features, and one with rooms  stacked up a tower with a rotating lift system.

The interactive tower ride features four towers with ride vehicles for one or more passengers. The ride is interactive, with the passengers having some control over the vehicles motion and media. The patent mentions AR, VR, projection and SFX, creating an “immersive environment with which the riders may interact”. There are also gaming components, with the ride experience being impacted with scores built up by the passengers. It appears that the tilt or yaw of a ride vehicle could be affected by the actions of the passengers of another ride vehicle. 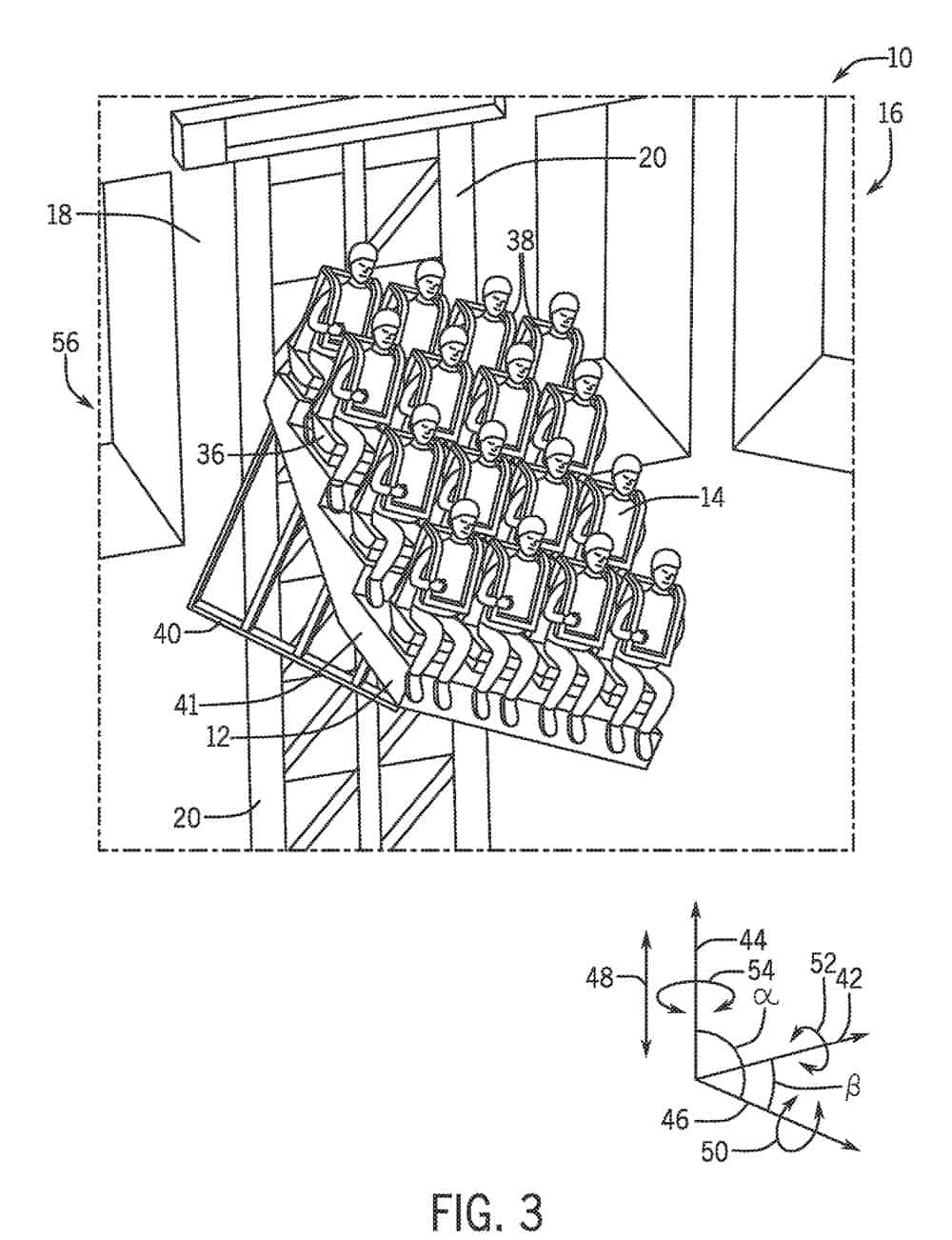 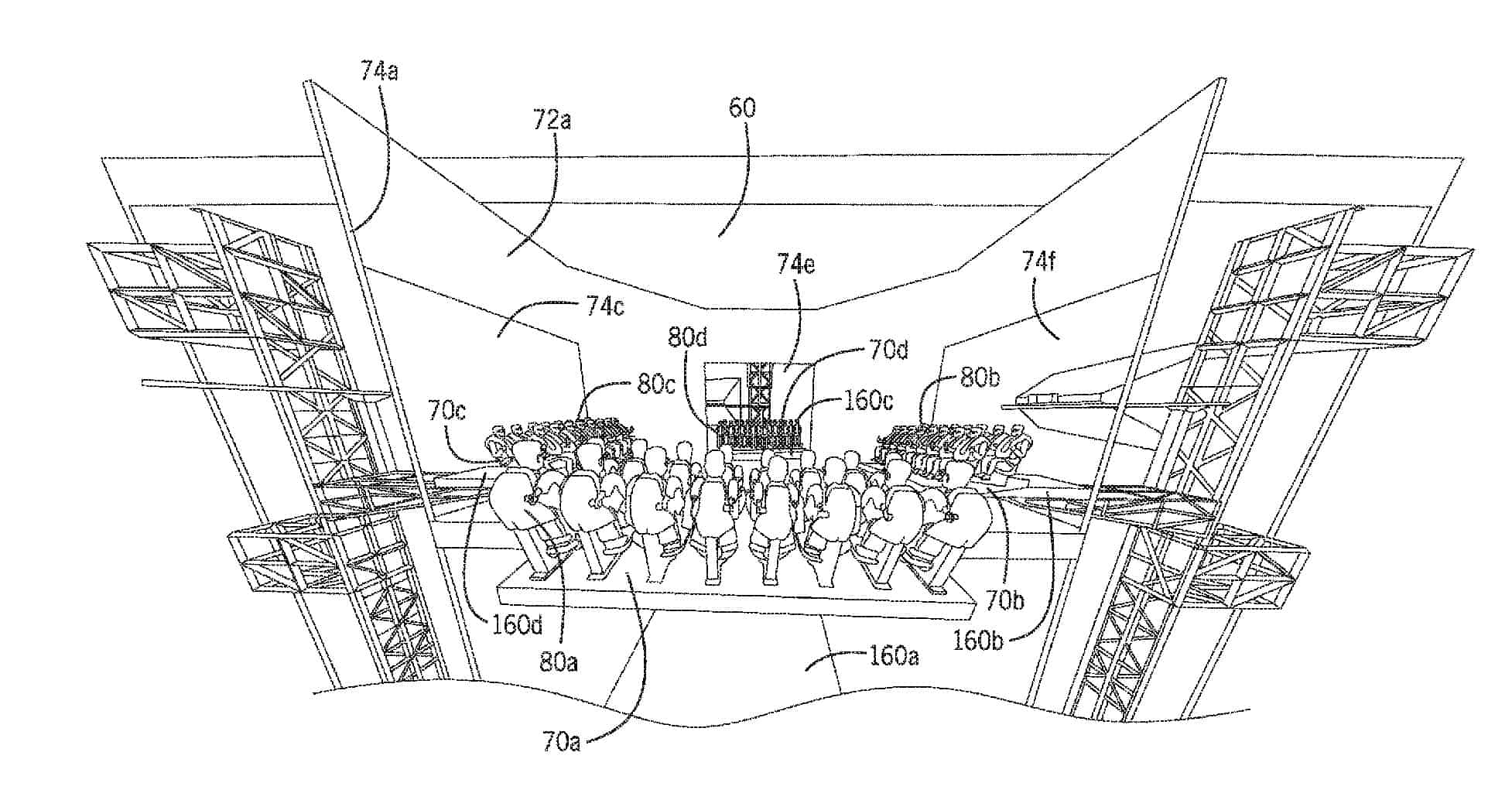 The second patent includes “a plurality of rooms stacked atop one another”. The ride vehicles are able to go in and out of the rooms and rotate and twist and ascend and descend the tower. 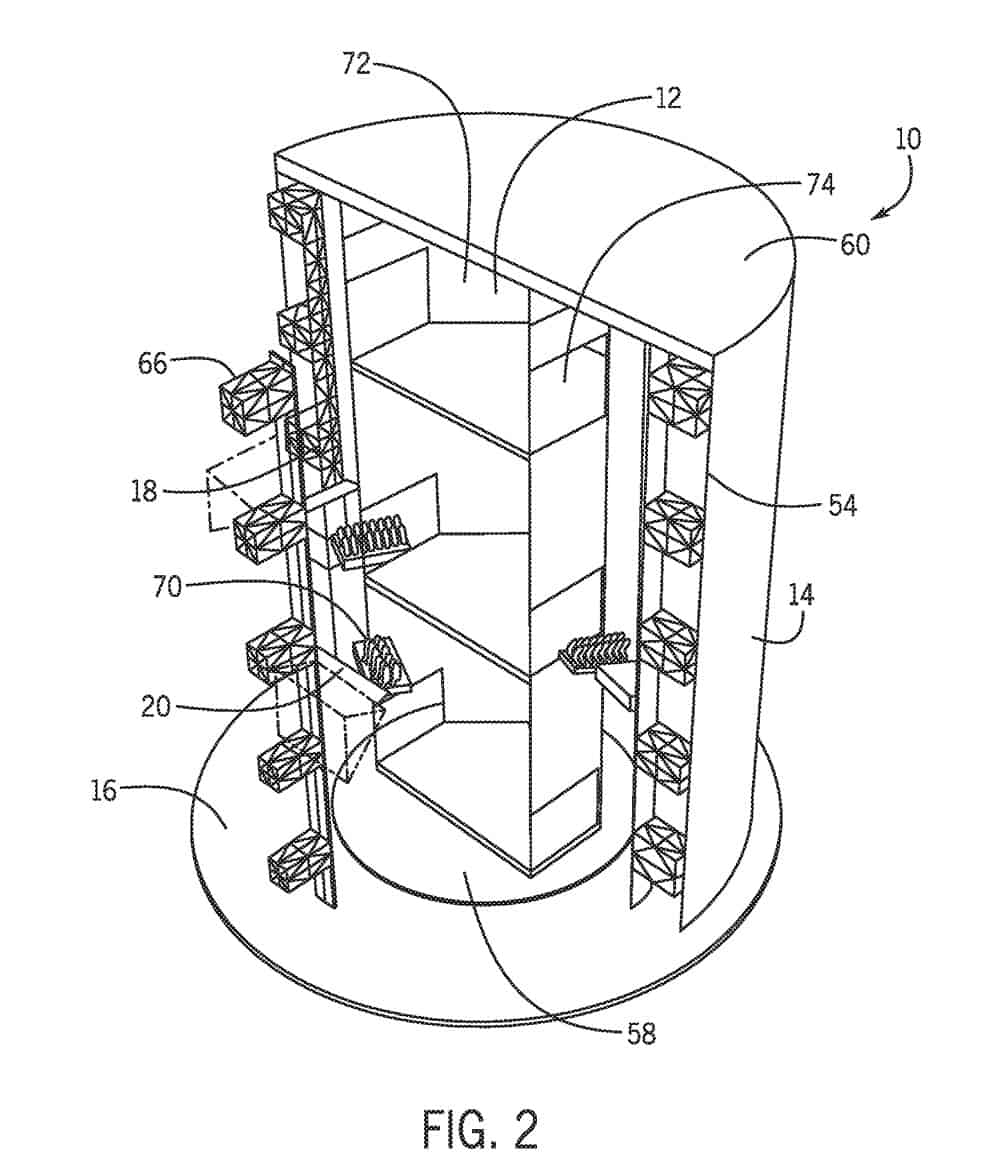 The ride system allows for flexibility in the path taken by the ride vehicle, thereby enabling a number of different potential experiences.

Patents often offer an insight into the direction of research at theme parks.

It is not clear which IPs Universal may be thinking of creating these rides for. However, recently we have seen patents from Universal that seem to be pointing towards Nintendo rides.

Super Nintendo World is set to open in 2020 at Universal Studios Japan, and Nintendo attractions are also heading to Universal’s parks in Florida and Hollywood. Speed Simulation Effect technology is thought to be for a Mario Kart ride. In addition there have been an Amusement Park Tunnel concept and other designs to develop theme park rides inspired by the iconic video games .