KCC Entertainment Design, a leading creator of themed environments, is celebrating the opening of the Chocolate Kingdom Theme Park in Yingde near Guangzhou, China.

The new Chocolate Kingdom Theme Park, designed by KCC Entertainment Design, opened to the public on 31 December 2020, with a ceremony at its Chocolate Castle centrepiece. The park is a joint development by China Aoyuan Group Limited, a Guangzhou property development group, and China Cultural Tourism group.

At the grand opening, attended by officials from the two companies and the local government, Eva Verstraelen of Flanders Investment & Trade spoke about the two major Flemish contributions in this project: the theme of chocolate and KCC Entertainment design as the “creative engine behind this Chocolate Kingdom.”

As a difficult year came to a close, the assembled parties celebrated the opening of the park as a start of a more positive future, where entertainment can bring people together and help create memorable experiences. The park expects to see over 1 million visitors per year. 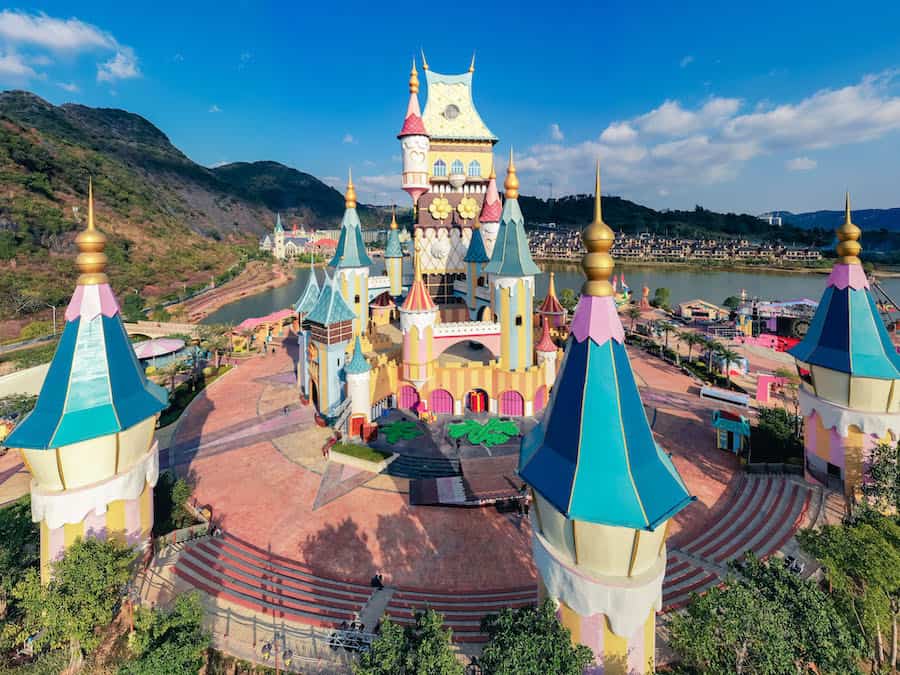 This new 18-hectare theme park is set within a larger mixed-use development of 533 hectares, home to hotels, residential properties, a tea and chocolate town, restaurants, retail and Spring Forest Water World. The park itself is designed by KCC Entertainment Design and this project is the 7th successful entertainment project that that company has worked on in the country. The park took four years to design and create.

“In Belgium, we have the most amazing and tasteful chocolate in the world,” says Yannick Maes, CEO of KCC Entertainment Design.

“When the Aoyuan group invited KCC as the lead designer of their chocolate theme park we were extremely excited! Our team went all the way in gaining extra knowledge (and weight) about chocolate and created an amazing immersive story as the DNA of the park.” 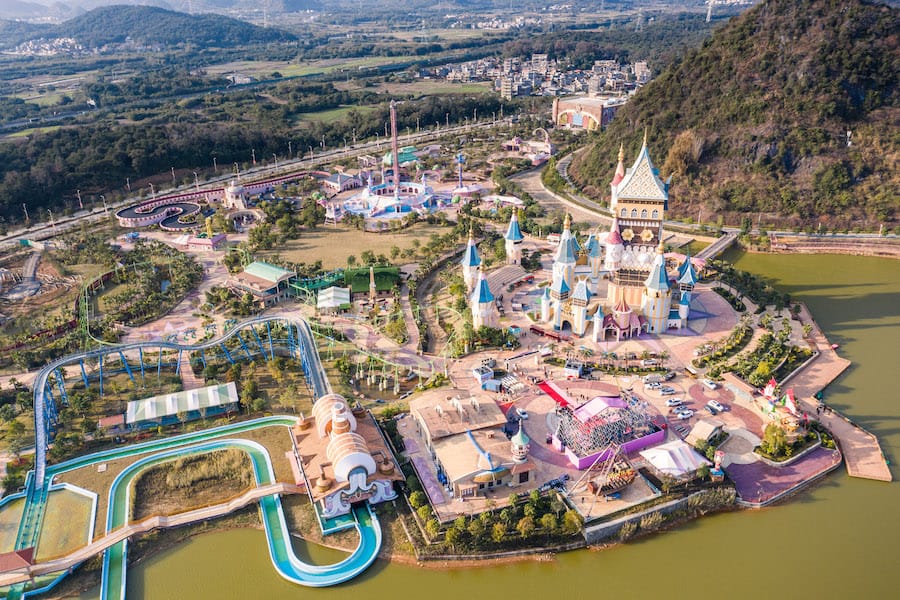 There are four zones within the park. Firstly, guests enter into an area that is themed as a medieval village, which hides the entrance to a secret chocolate world.

“In the village, we have placed a unique Ferris wheel on top of the central entrance buildings providing the visitors with a great overview of the park, says Maes. “The three other zones were inspired by three types of chocolate: milk, white and dark. All three of these worlds have their specific look, atmosphere, story and even mascots and together they form the magical Chocolate Kingdom.”

Visitors can enjoy 27 different attractions that cater to all ages and tastes, including a flying swing tower, a flume ride and the Ferris wheel. The 66-metre high Chocolate Castle centrepiece will be home to a range of shows and spectacles.

The company is currently working on several projects around the world and has ten entertainment destinations set to open in 2021.

“2020 was an extremely difficult year for our industry, but it also showed our versatility,” says Maes. “More than ever we are confident that entertainment is a cornerstone of life and with the great team at KCC we will continue creating amazingly fun, never seen before destinations!”

At the end of last year, KCC Entertainment Design was recognised for its work on TEKZONE at Avenues Mall, Kuwait City, at the MENALAC Awards Gala 2020. 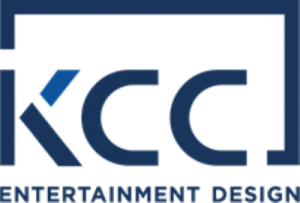