Legacy Entertainment, a leading theme park and resort design company, has two upcoming projects set to debut in 2020. China’s Chimelong Marine Science park will open in May and Vietnam’s Vinpearl Sea Shell is set to open in July.

Legacy Entertainment is pleased to announce that it will be debuting two high profile projects in Asia this year, following a record-breaking 2019. Last year, the company was involved in three new theme parks, and it also designed two innovative dark rides. This indoor aquarium and theme park with a submarine-inspired design is located in the southern Chinese city of Zhuhai and covers almost 4,000,000 square feet (370,000 square metres). In fact, once it opens to the public in May 2020, it will become the world’s largest indoor theme park. 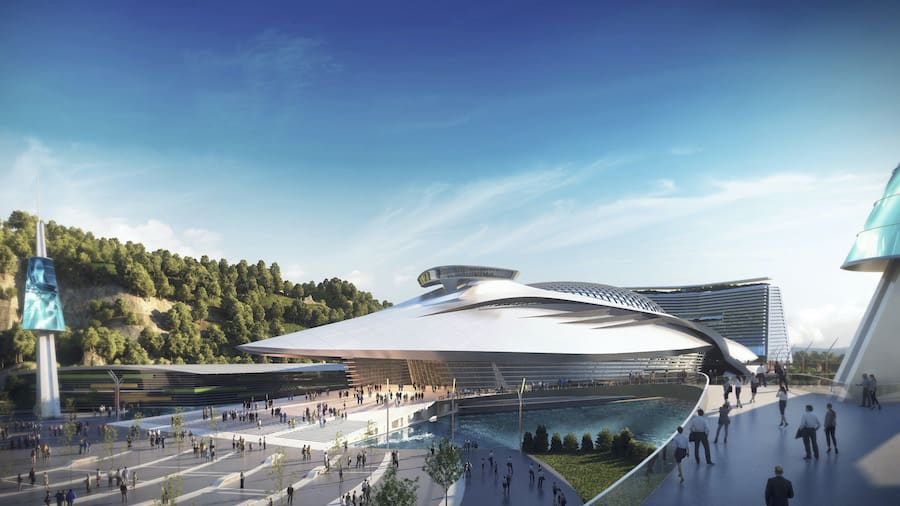 “Under the guidance of Su Zhigang, Chimelong has become the standard-bearer for domestic theme parks in China, both in terms of quality and safety. We believe this latest undertaking will secure Chimelong’s place at the forefront of location-based entertainment, not just in China, but for the world,” says Barry Kemper, Legacy’s Chief Operating Officer.

Speaking of the dramatic exterior design, Taylor Jeffs, Legacy’s President & Chief Creative Officer, says, “Our primary goal has been to create a signature icon for the island of Phú Quốc and for our client, Vinpearl – something wholly-unique that will capture the attention of potential visitors from all around the globe.” In addition to this, the company also has some exciting projects lined up for 2021, including the new Lotte Magic Forest Park in Busan, Korea. This mainly outdoor park is designed by Legacy and developed by the parent company of Lotte World theme park in Seoul.

A highlight of 2019 for the company was the opening of its groundbreaking new ride at Trans Studio Cibubur in Indonesia. Pacific Rim: Shatterdome Strike is branded as “The World’s First Immersive Theater Dark Ride”.