Pauline Quayle, Director of 4D and attraction film distributor The Juice, has taken over as Chairman of the Association of Amusement and Leisure Equipment Suppliers of the UK (ALES UK).

Her predecessor Tony Whittaker, Managing Director of Elton Amusements Ltd, stepped down after over two and a half years in the role.

Pauline will be supported by Simon Pickard, Managing Director of Saturn Projects Group, who was appointed as Vice Chair for the Association.

The new leadership was announced during the 11th Annual General Meeting. Members met during the EAG/Visitor Attractions Show at the ExCel in London on Wednesday 18th January 2017.

ALES UK is an industry trade association that represents UK registered manufacturers and suppliers for the amusement and leisure industry.

It offers members a wide range of discounted services, up to date industry and safety related legislation and opportunities for networking.

It was established in 2004 by Gerry Robinson. Aiming to smooth the path of UK businesess planning to exhibit worldwide, the association also offers networking and expertise. In addition it provides routes to funding.  It is the only UK attractions industry trade association that specifically represents the interests of UK registered manufacturers and suppliers.

Speaking to Blooloop in 2014, Whittaker extolled the networking benefits of ALES UK membership. He said, “Many times I have been given valuable leads and information regarding new ventures. Fellow members have then been invited to quote for these. I’ve also have been recommended by fellow members which provides a great advantage. It’s amazing how much networking is people’s preference. People do count”. 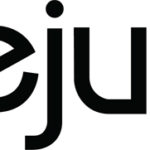