Every day through April 19, Universal Orlando Blog is unveiling the creatures from the ride, including fan-favourites from the Harry Potter franchise and a new creature that’s never been seen in the films.

So far, Universal has confirmed Fluffy, a giant three-headed dog who guards the Sorcerer’s Stone. As many fans of the franchise know, Fluffy has a weakness – he falls asleep to the sound of music.

In the upcoming attraction, visitors will confront Fluffy, who weighs 8,000 lbs, deep in the Forbidden Forest. 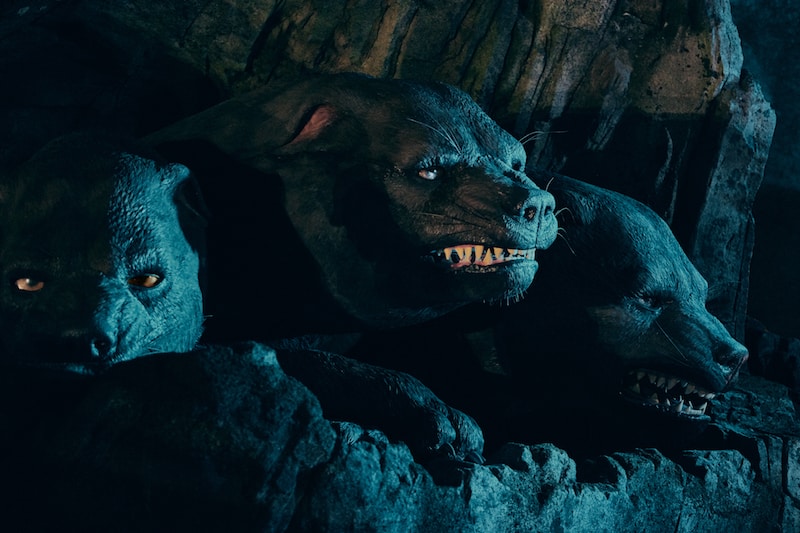 Universal has teased that the next creature of the week is “a swarm of mischief-makers who love their tricks”.

Hogwarts’ gamekeeper Hagrid will take guests on a journey to the Forbidden Forest, as they join Hagrid’s Care of Magical Creatures class.

Hint: This creature has three heads and is a rarity, even in the wizarding world.

Stay tuned all this week to discover more of the creatures you may come across in the Forbidden Forest at #WizardingWorldOrlando. pic.twitter.com/5s3PVy8X9s

After boarding enchanted flying motorbikes and sidecars, things start to get our of control. The coaster careers around the forest at up to 50 mph, skimming obstacles and getting stuck in Devil’s Snare.

Hagrid’s Magical Creatures Motorbike Adventure will open at The Wizarding World of Harry Potter in Orlando on June 13.

The thrilling coaster will be located at Hogsmeade at Universal’s Islands of Adventure.