Four patents filed by Universal City Studios LLC point towards new systems and methods for integrating VR and AR into rides and experiences and the resort.

The four patents, identified by Boardwalk Times, point towards the use of Augmented Reality (AR), Virtual Reality (VR) and Mixed-Reality across the park. The patent also points towards the fact the device (a pair of Goggles) may be worn throughout the entirety of an experience, or intermittently. For example, says the patent: “during a ride to a hotel associated with the amusement park.”

Interestingly, the patent also references data that could be collected from the wearable device. It could detect what users have seen or not seen, and adjust accordingly. The patent gives the example of targeted advertising, or providing Easter Eggs. 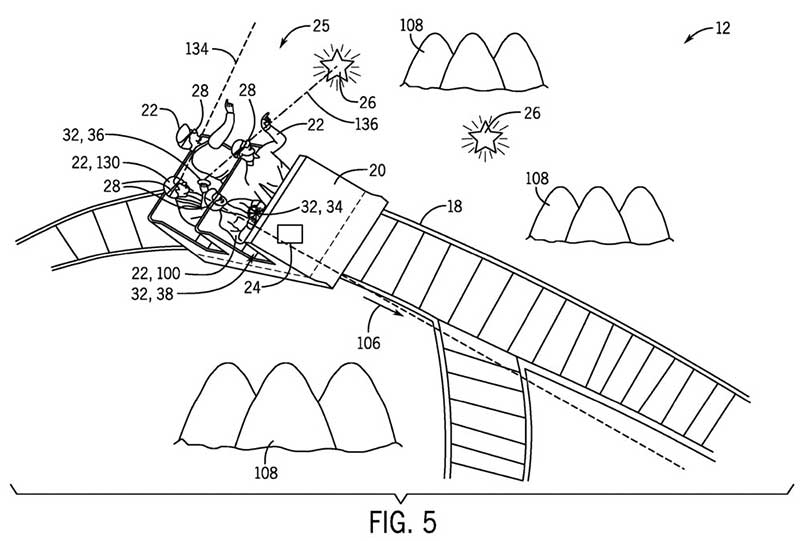 This patent devices a method whereby guests can split control of the vehicle: each operating different aspects or cooperating to complete tasks. Augmented reality could simulate projectiles and objects in the environment. As Boardwalk Times points out, this overlaps with the recent tunnel ride patent that pointed towards a Mario Kart ride – as players could throw virtual shells and bananas at their opponents. 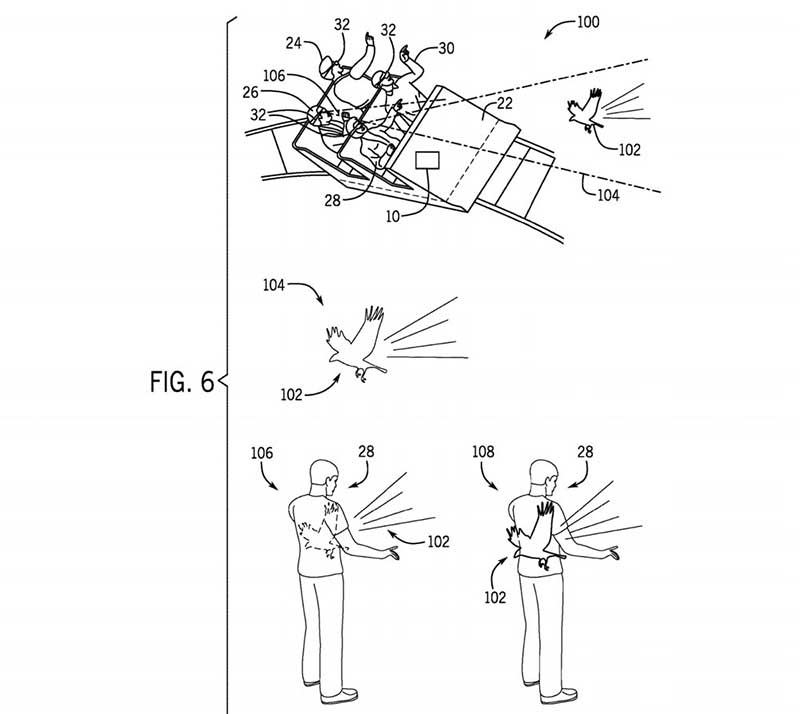 This patents points towards experiences that are enhanced by AR. This includes the use of Augmented Reality to enhance physical sets, or gamify rides with interactive elements. The AR can display information to users that is tailored to their own experience (for example their score in a game) or personal information (such as payment information). The patent also points towards a way for users to communicate with one another during the ride. 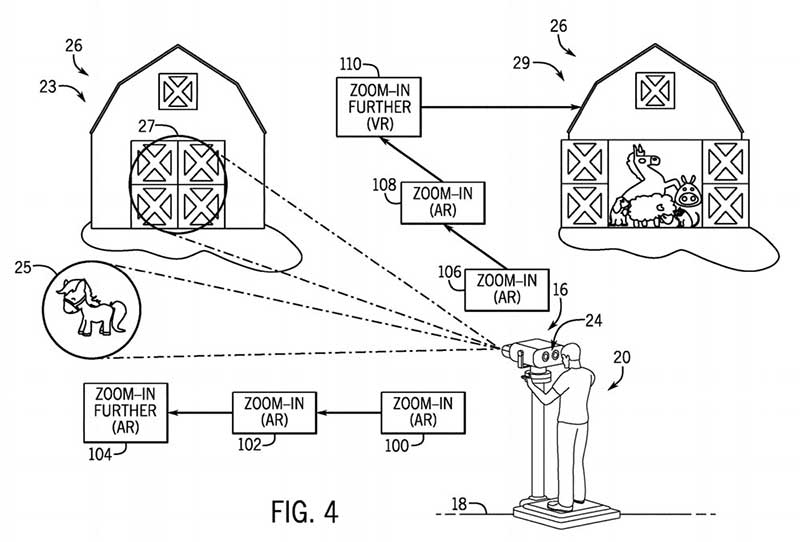 Boardwalk Times suggests it could be used to add virtual characters into the parks – for example Ninentdo Mii characters walking around the upcoming Nintendo World.