In the attractions industry, we often talk about “experience.” But where did this concept come from, and what can we learn from its origins?

The themed entertainment industry is in the possession of a rich and colourful vocabulary. On one hand, it consists of everyday jargon that would be a mystery to those outside the sector. For example, audio-animatronics, Pepper’s ghosts, ride safety envelopes, and more.

On the other hand, there are many words in the themed entertainment vocabulary that seem so self-evident that their meaning is almost taken for granted. Think of concepts such as interactivity, co-creation, transformation, or the newest member of the family: immersion.

Intuitively, everybody knows what these terms mean. Yet, at most of the industry conferences that I have attended, there always seems to be a discussion on what we actually mean by these buzzwords. The concept of “experience” is one such example.

Origins of the word experience

“Experience” is a much-used concept within themed entertainment and the attractions industry. Arguably, it can even be said to be the core product of the industry. But there are many different meanings of the word.

In English, there is only one word. However, in German, “experience” translates into two different words that have a different meaning. And in philosophy, experience has long been a topic of fierce discussion, dating back to Ancient Greece.

Our experience economy currently seems to focus on just one aspect of the concept. This introduces several risks and biases in the long run. However, I believe that themed entertainment has the potential to cover the full spectrum.

The English noun “experience” translates into two different German words: Erlebnis and Erfahrung. Much like in English, they both refer to something a person has gone through in the past. However, on asking my German friends, I found that the two have slightly different meanings.

In daily language, Erlebnis is associated with novelty, positivity and the extraordinary. It is ephemeral and in-the-moment. Erfahrung, on the other hand, is associated with more long-lasting, meaningful impacts, such as having learned something or changing values or attitudes.

Looking at the concept of experience in the world of attractions, as one friend puts it: “In a theme park context, you generally say “It was an Erlebnis!” because what you did there was so awesome. If I said “It was an Erfahrung!” then I probably didn’t like it that much.”

There is also a distinction between Erlebnis and Erfahrung in philosophy. But until the 19th century, only the Erfahrung perspective dominated the experience discourse.

The earliest recordings of the experience concept can be found in the works of Aristotle, who talks about empeiria. Empeiria means something like “learning from trial.” Aristotle advocated that knowledge could only be gained from interacting with the world, as opposed to the ruling dogma of the days that all knowledge was innate and predetermined.

Aristotle paid great respect to the knowledge of the elderly, which is collected through subjective experience over the courses of their lives. The Latin counterpart of empeiria is experientia. It is here that we can first recognize the etymological origins of experience.

After a bit of silence in the Middle Ages, the experience concept was picked up again in the Age of Enlightenment. Yet, with the evolution of science, the concept became more and more disconnected from individual experience. Experience, now, was more connected to supporting scientific theories and hypotheses with objective observations.

Modernity and the Industrial Revolution disenchanted the world even further in the first half of the 20th century. Philosopher Walter Benjamin elaborately lamented how the world had lost its sense of experience. Luckily, the discourse was changed by Wilhelm Dilthey, often seen as the founding father of humanities.

Being a German himself, Dilthey stressed that Erlebnis was just as important as Erfahrung when treating the experience concept. Thus popularising the subjective component of the experience discourse again.

While marketers and salespersons were long aware already, it was only in the early 1980s – more than 25 years after the opening of Disneyland! – that the first academic publications started to talk about the experiential aspects of consumption.

After several other works by various academics to further explore these streams of thought, in 1998, Pine & Gilmore eventually published their seminal work on the concept of the experience economy, now a core text for the attractions industry.

Translating to German, the experience economy becomes Erlebnisökonomie – not Erfahrungsökonomie –, thus explicitly highlighting the Erlebnis connotation of experience. Also outside of the leisure field, more and more organizations find out that the pleasure and fun associated with Erlebnis have great attractive power to consumers.

In themed entertainment, too, it is through Erlebnis that guests feel emotions and form impressions. Arguably, the sector would not even exist without Erlebnis. Visitors still pay for a ticket with the expectations of an entertaining visit. One of the core metrics in the amusement field is that of entertainment value per hour.

An emphasis on short-term kicks and thrills, however positive and exciting, might make one neglect other relevant effects

However, in her doctoral dissertation on the experience economy, Anna Snel explains that only focusing on Erlebnis can introduce certain biases. An emphasis on short-term kicks and thrills, however positive and exciting, might make one neglect other relevant effects, both on the short and on the long term.

Also, one might mostly focus on quick transactions of pleasure for money, thus neglecting the fact that there are other values that guests want from an experience, besides financial values alone. Practices like these are not helpful for establishing long-term guest relationships. After 20 centuries of neglecting Erlebnis, could there now be a risk of overlooking the Erfahrung side of the coin?

Attractions and the right kind of experience concept

Themed entertainment is one of the few industries able to avoid this risk. In this light, Pieter Cornelis compares theme parks with amusement parks in his book Investment Thrills: Managing Risk and Return for the Amusement and Attractions Industry.

He describes how amusement parks tend to focus on functional aspects that provide immediate gratification of hedonistic effects (i.e., Erlebnis).

Theme parks, on the other hand, tend to focus on communicative aspects. Through their elaborate designs based on cultural symbols, signs and places, theme parks are thus able to capitalize on the production of meaning as well (i.e., Erfahrung).

Disney is perhaps one of the leading companies when it comes to realizing this potential of themed entertainment. According to legendary Imagineer John Hench, Disneyland has always had the purpose of providing a sense of reassurance.

For instance, Disney’s Animal Kingdom deliberately touches upon various levels of meaning. These vary from the intrinsic value of nature to the idea of transformation through adventure. And who hasn’t walked out of Epcot feeling inspired?

The concept of meaningful experience

Outside of the Disney resorts, too, themed entertainment seems perfectly able to link in-the-moment Erlebnisse to more meaningful Erfahrungen.

In Universal’s Harry Potter and the Forbidden Journey, we are not sitting in a robotic arm that narrowly moves us past some moving props. Instead, we are flying along with Harry Potter and friends, a wish desired by guests of all ages.

At Efteling’s representation of the Little Match Girl, we do not simply see a puppet show with holographic projections. We are spectators to an emotional story that is able to provide guests with a lump in their throat.

Or what about Puy du Fou’s La Cinéscénie? An impressive spectacle with state-of-the-art technical effects staging more than 2000 actors has the power to make me feel as proud as a peacock with regards to French history – and I am not even French!

As these few examples illustrate (and of course, there are many more), through excellent experience design and careful conceptual and thematic considerations, themed entertainment is capable to create meaningful and long-lasting effects that go beyond the ephemerality of Erlebnis.

We are undeniably finding ourselves in an experience economy. The recent rerelease of Pine & Gilmore’s work illustrates that the concept of experience is as relevant as ever in the attractions world. Today, almost everything is an experience, even outside the world of themed entertainment.

On Instagram, Joe Rohde jokingly said that perhaps there is a typo and that instead of the experience economy some are actually practising an expedience economy. Yet, in every joke, there is a little truth. The threat of an over-focus on Erlebnis is worth being aware of.

Today, almost everything is an experience, even outside the world of themed entertainment

So, should everything become an Erfahrung then? The short answer is no. When everything is designed to be an Erfahrung, guests are very likely to suffer from cognitive overload. Therefore surpassing the idea of going on a fun day out – the context in which most guests attend to themed entertainment.

Themed entertainment has the potential to reach a healthy balance in which experiences can both consist of Erlebnis and Erfahrung. But in order to do so, we should at the very least be aware that the distinction exists.

Next time we use the word “experience”, let us take a step back and consider what meaning of the word we are actually referring to. Perhaps, that might even be an Erfahrung of its own. 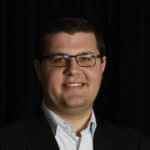 Wim Strijbosch is a PhD candidate and lecturer at Breda University of Applied Sciences. In his PhD trajectory, he works with both neuroimaging and physiological measures of emotion to study tourism and leisure experiences.