Before Jurassic Park: The Ride at Universal Studios, and even before Coney Island’s Sea Lion Park, the popularity of the shoot the chute attraction in America began in a mild-mannered Illinois amusement park. 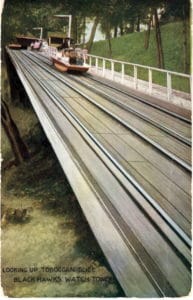 In the late 19th century, in the middle of the United States, an unassuming twist on the classic toboggan slide became popular.

J.P. Newburg is credited with designing the first shoot the chute attraction in America, located at The Watch Tower Park in Rock Island, Illinois in the 1880s. The amusement park was on a bluff that looked over the Rock River below, which offered guests a panoramic view of the midwest countryside.

The concept was first seen at Paris’ Jardin Ruggieri in 1817, but Newberg’s design had a worldwide influence that continues to reverberate in theme parks and amusement parks today.

The first shoot the chute attraction

Newburg was already well-known for building and operating winter toboggan slides near Watch Tower on the area’s expanse of hillsides. His shoot the chute design was a natural extension of the concept and perfect for the amusement park’s operation during warmer seasons.

Throughout its lifetime, Watch Tower also boasted a figure-eight style rollercoaster, shooting gallery, hot air balloon rides and just about every other idyllic offering one associates with this era. With a hillside embankment and river below, Watch Tower was an ideal setting for inspiring the shoot the chute’s initial design. 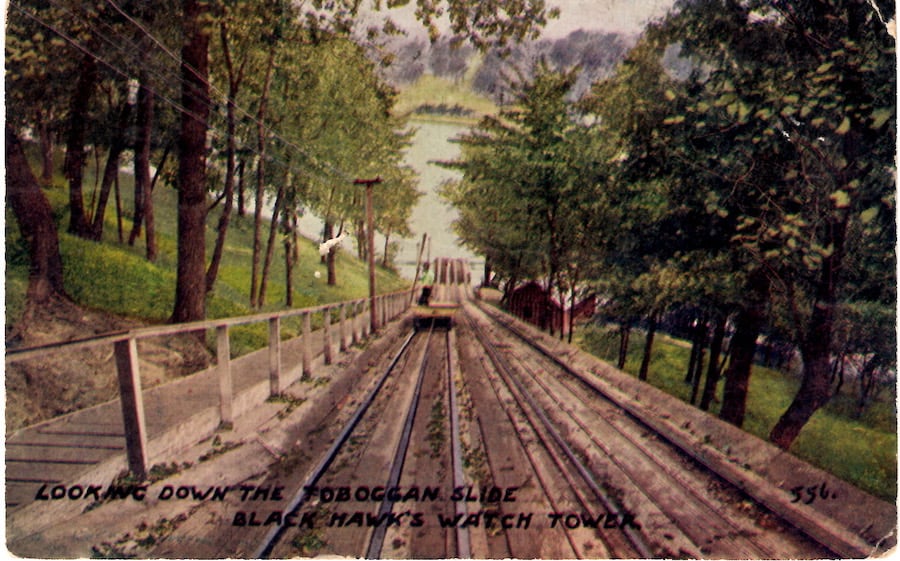 The specs for this ancestral attraction are the stuff of wonder. And nightmares. A greased ramp was installed on the hill, leading all the way into the Rock River. Positioned at the top of the bluff, a handful of people at a time entered flat boats that had been fitted with side runners.

The steep decline carried boats down the ramp at speeds estimated to have reached upwards of 60 miles per hour. After this fast descent, boats would slide off the ramp and bump across the river like skipping stones. A park employee on the boat would then paddle back to the track. Here, an electric cable system pulled the boat back to the top. The cost: ten cents per ride. 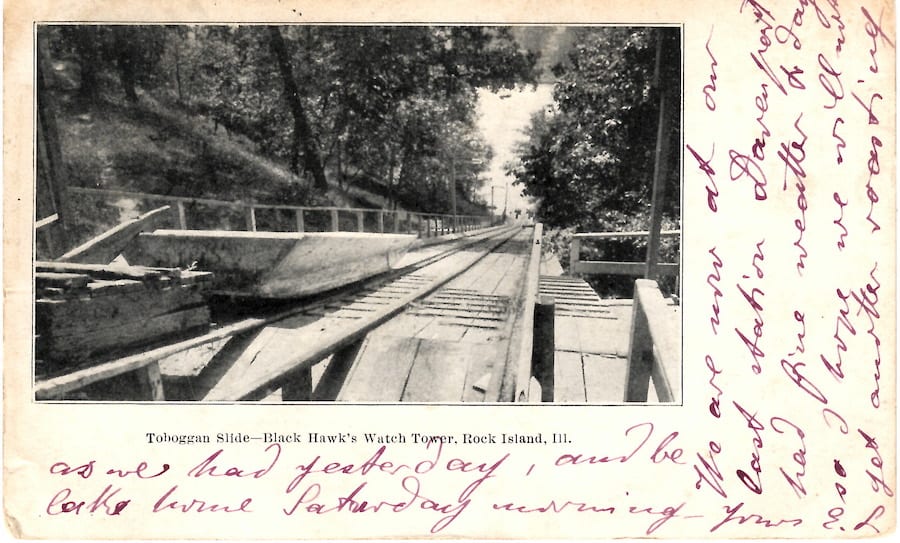 As often is the case with theme parks of yesteryear, visual records of Newburg’s shoot the chute mostly consist of postcards. Photographs and drawings like the images above provide a basic rendering of the boat’s journey from start to finish.

The shoot the chute ride became one of the top-billed attractions at Watch Tower. In 1904, Newburg would also throw his hat into the ring for inventing a successful flight apparatus. But his toboggan boats that bounced four to five feet in the air while skipping across the river would be his only aerial claim to fame.

A review of the area’s newspaper records brought up a few notable stories about the ride over its lifetime. For instance, in 1888, a child miraculously survived an accident. He was thrown up in the air after colliding with a boat while trying to cross the ramp.

The ride also ended up attracting daredevils. In one event, “Prince of Dare-Devils” and roller skating champion C.J. Hamilton skated down the length of the incline and ended up in the river. For this performance, he also lit himself on fire.

Aside from various renovations over the years, its basic formula never changed much. Newburg soon found his design popping up across the country and then around the world. Many of the first copies still used a natural body of water for its big drop. However, more traditional track structures replaced hillsides.

Chicago’s Paul Boyton Water Chutes landed in a lagoon. Riders at Bay Beach in Wisconsin splash landed across the waters of Green Bay. A deeper investigation might reveal just how far Newburg’s patent extended during this time. New editions of the attraction were leaving its basic ‘form over function’ design in the dust. Although, according to his obituary, he sold the patent at some point before his death in 1910.

Shoot the chute attractions take off

It wasn’t long before the attraction became a staple of boardwalk amusement parks everywhere. A hundred years after its birth, shoot the chutes had become so associated with this theme park era that one was even planned for Disney California Adventure during its development in the late 90s.

In this early concept drawing, you can see a rendering of the scrapped attraction in the man-made lake of Paradise Gardens Park.

Because of its obsolete design, the legacy of Newburg’s shoot the chute attraction is spread piecemeal across modern-day counterparts.

The ride format’s trademark big drop has been positioned as the climax for several attractions that are shoot the chute in principle, but with an added Jungle Cruise-esque experience proceeding the finale. Some attractions operate with the foundational “up then down” experience sans any theming. Examples include Tidal Wave at Thorpe Park and Drenched at Oakwood Theme Park. 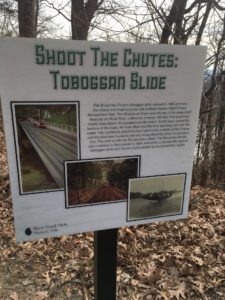 Meanwhile, other parks have opted for an in-between look. For instance, Cedar Point’s Snake River Falls. This is loosely based on a timber company operation.

Happy Valley parks have demonstrated the spectrum of this compromising option. There is a modest application of theming on its shoot the chute attractions. For example, the ride at its Shanghai location is dressed as a pile of shipping containers. And the one in its Beijing park sports an Ancient Greece theme.

Water rides might be becoming an endangered species. But Universal Studios will be definitely keeping a shoot the chute presence at their parks in the U.S. and Japan. This is thanks to the Jurassic Park franchise. Built on the hillside between the park’s upper and lower levels, Jurassic Park: The Ride (now Jurassic World: The Ride) in Hollywood was also created to suit the local topography. The same challenge Newburg once faced.

Watch Tower closed in 1927 and the land was sold to the city of Rock Island. All of the former attractions, including its groundbreaking shoot the chute, were demolished shortly thereafter.

Thankfully, the land’s current occupant, Black Hawk State Historic Park preserves and commemorates the ride’s specific location. Visitors today can look across the hillside and down to the river where an enormous chapter of theme park history transpired.

All images kind courtesy of the author, unless otherwise stated. 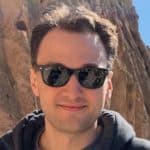 Joe Bergren is a content producer for ET Digital.