Many cities and towns around the world depend on tourism and work hard to attract new visitors. Can these destinations learn some tricks from Walt Disney?

To get the attention of potential visitors these destinations spend a lot on marketing, including great slogans. But often, these are so general that they could be used for almost any tourist city. 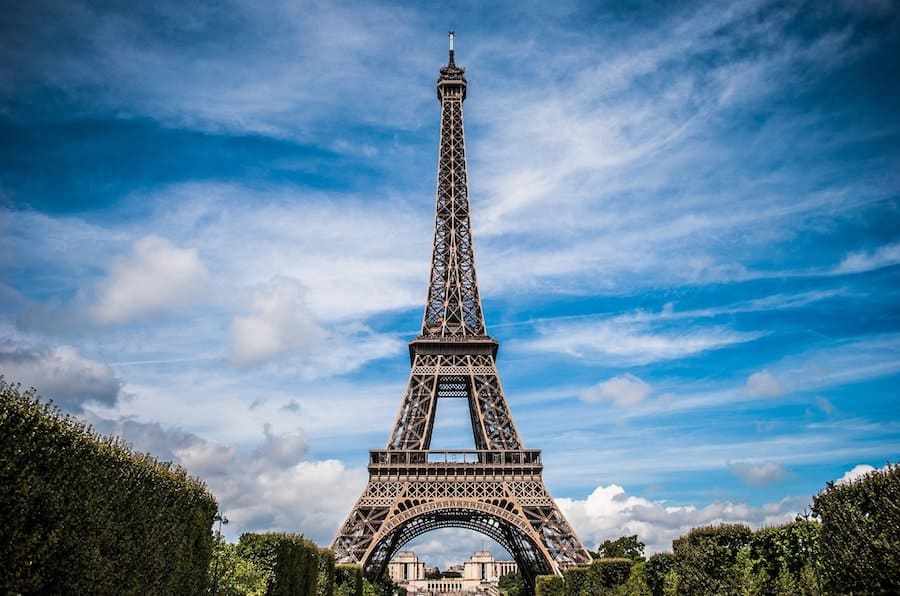 Paris is a top tourist city

When we take a closer look at this, the reason becomes clear: many of these tourism-focused towns and cities have lost their identity and their uniqueness, becoming comparable to others.

Spending a lot on marketing is often the chosen way to get out of this situation. But is this the solution, or might it be worthwhile for these destinations to rediscover their DNA?

Where did my identity go?

There is a reason why tourists first begin to visit certain cities: they have something special to offer. These initial tourists then tell their friends about this, causing the city’s popularity to rise. Then, when destinations become popular with tourists, they will start receiving increased requests from shops, attractions and more, interested in creating new businesses in the city.

However, these businesses are not always in line with the main reason why tourists were originally visiting the city. At a certain moment, the city might then reach the point where these new businesses attract a different kind of tourist, visiting purely for entertainment.

For tourist cities, having a unique identity is important

When this happens, these destinations can be in danger of losing their identity. And, for tourist cities, having a unique identity is important. It differentiates them from competitors and creates the opportunity to attract a preferred target audience.

A clear identity helps potential guests choose one city, or its neighbour, or competitor, or indeed instead of any other free time activity they could do that day or weekend. More and more cities recognize that they need an identity in order to successfully attract visitors.

Having an identity and how to deal with it

An interesting insight into developing an identity can be learned from theme parks. The theme park world is highly competitive, especially in Northern Europe. Guests have many choices, which often leads to price erosion. But some of them outperform the rest; they don’t need to join the race for the most attractive ticket price.

There might be several reasons why they perform better, but there is one consistent factor. The better performing parks have a clear understanding of their target audience and how to attract them. To do so, they have created a DNA which fits this target audience. Walt Disney can be seen as the inventor of DNA based visitor attractions. When Walt Disney started planning his first park in Los Angeles, he thought about target audiences and created a central theme for the park, followed by supporting storylines. Everything in the park had to be relevant to the theme.

In his vision, working with a central theme created the right environment for guests to be truly immersed, forgetting about their daily lives and making an emotional connection with the park.

We can still see the results of this vision today, more than 60 years later: Disney parks are by far the most visited parks in the world and also have the highest average spending per guest.

The first lesson we can learn from theme parks is that by having a clear identity, potential guests understand more about a destination and what they might expect when visiting. Secondly, if operators meet this expectation, they will have satisfied guests. If they go beyond this expectation, they create ambassadors.

Guests having fun at Cedar Fair

The first challenge these destinations face is to find out who they are, or who they want to be.

Cities with a long tourism history might want to rediscover who they are – the reason why tourists began to visit in the first place. It is worth exploring this tourism history again, focusing back on the destination’s natural DNA. 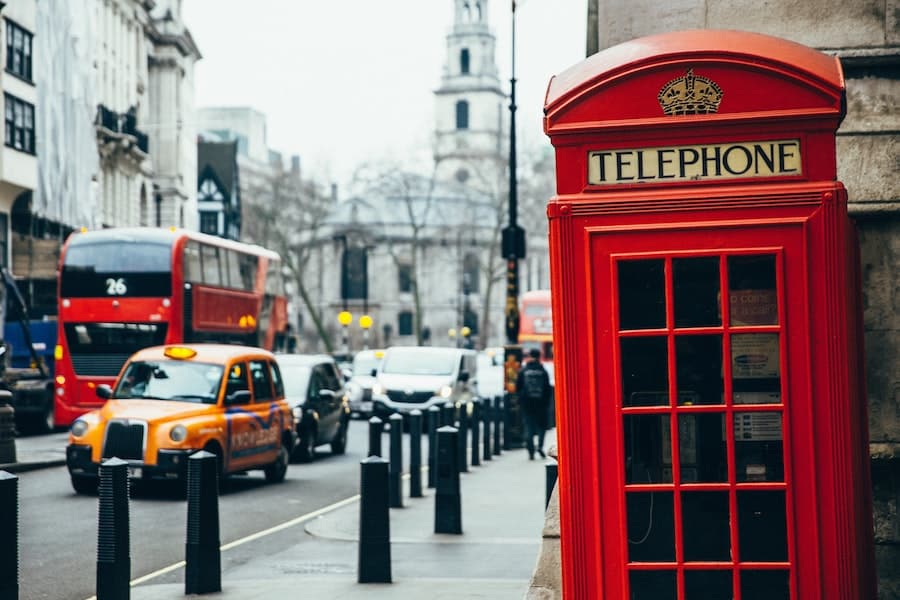 On the other hand, cities with no or limited tourism history might lean more towards who they want to be. They can develop a DNA which fits the type of audience and tourist that they want to attract. Now, we can look at some example of both these scenarios.

Rediscovering the tourist city of Valkenburg

Recently I had the pleasure to work with a city in The Netherlands which has a very long tourism history; Valkenburg. Tourism is rooted in this destination, as shown by the fact that it is home to the first tourism office in the country, established in 1885.

In the early years, tourists were mainly from the higher class. By becoming popular, Valkenburg attracted new businesses, making the city known in the seventies as the place to party. Because of this, it lost its identity. A building in Valkenburg

Since then, Valkenburg has worked hard to become attractive to a different audience. Throughout the years it positioned itself into five diverse directions, making the average potential guest asking themselves; “What is special in Valkenburg and why should I go there”? The city lacked a clear, focussed identity.

I worked with a selection of the city’s citizens, business owners and historians, going through a process to first find the DNA of Valkenburg and from there move towards a Theme Statement.

Based on this Theme Statement the city now has a defined direction for its future development. New public and private tourism initiatives can be mirrored against the Theme Statement and the statement can set a tone for the marketing campaigns.

By working with the Theme Statement in the future, the city will ensure that visitors will once more know what they can expect in Valkenburg. And, when implemented well, the offering in Valkenburg will meet or exceed the expectations of these tourists when visiting the city.

Another example is the industrial city of Wolfsburg, where I worked on several similar sessions. This is close to the touristic Harz area, however, tourists usually went to Braunschweig and other historical cities.

To address this, the city of Wolfsburg created a theme for their city, invested in related attractions and tourists came. Based on that success of focusing on the theme, other private tourism-related businesses decided to invest in Wolfsburg. Since then, everyone in Europe knows Wolfsburg as the car/technology city.

Wolfsburg lives up to this image by providing mainly automotive and technology-based attractions to millions of tourists every year.

Many cities have a historical DNA they can build their tourism on. But some others see possibilities in targeting an audience which does not necessarily fit with their historical DNA.

Bilbao is a good example of this. Bilbao did not build its tourism out of the city’s history. Instead, it created a new DNA as an art city. 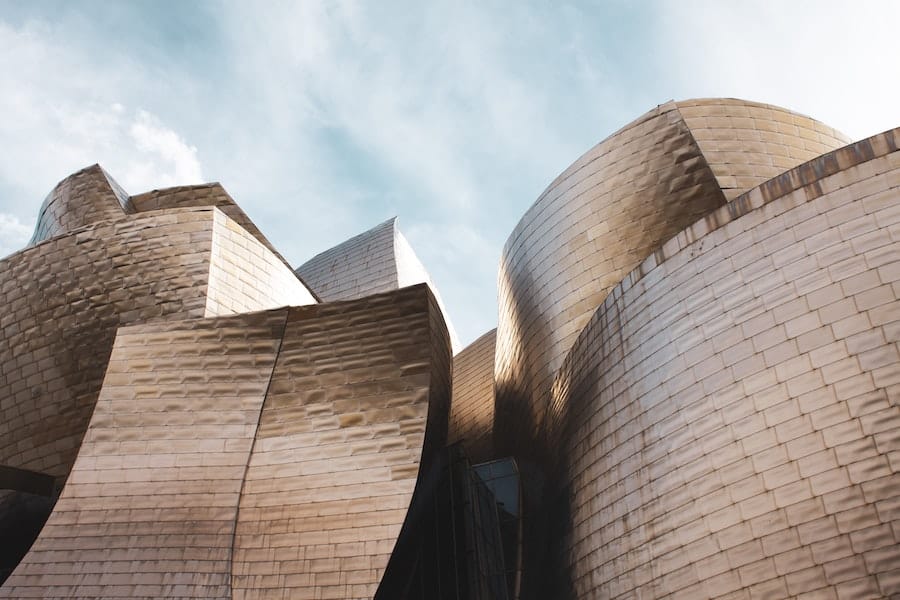 Bilbao was an industrial harbour city in Spain. While it had an old town and an interesting location, not many tourists were interested in visiting. Then, on a former shipyard, the city built the (now famous) Guggenheim museum, designed by Frank Gerry. This was followed by all kinds of investments, based on the city’s new cultural tourism DNA.

Before focusing on this, Bilbao had almost no tourists. Now, the city creates around €150 million in tourism income every year.

Finding a unique DNA is possible for every city that takes tourism seriously. Those destinations with historical DNA are at an advantage as, in general, historical DNAs are unique and not easy to copy.

Meanwhile, some destinations don’t have a historical DNA interesting enough to attract visitors or are seeking a new DNA to attract a particular target audience. If this is the case, these cities can create something new. But in that case, it is important to choose something unique and to implement this touristic DNA in such a way that it is not easy to copy, to avoid becoming just like other cities.

Get a good idea and stay with it. Dog it, and work at it until it’s done right

After a city has discovered its DNA, it can set up future plans in line with this vision. Destinations must, however, make sure they continue to keep this strategic plan and DNA in mind, being bold enough to say no to any future touristic development that is not in line with it.

Walt Disney became successful by creating DNA for his parks that still fits the audience. Many successful tourist cities do the same, succeeding when they follow the famous Walt Disney phrase: “Get a good idea and stay with it. Dog it, and work at it until it’s done right.”

Bart Dohmen is active in the high-end themed entertainment world and has worked on many projects in different executive roles. After a career in the technology side of the business, Bart joined BRC Imagination Arts as their Managing Director for Europe and the Middle East. After 13 years he started his own consultancy business TDAC International and became CEO of Unlimited Snow. Bart is a frequent speaker at conferences and enjoys writing observations about the themed entertainment industry. Vision Statements: why Crush Adidas is essential for the attractions market 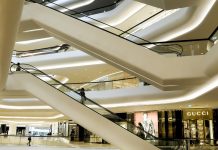