The designers lot is a tough one. Their clients demand ever more iconic buildings, venues and interiors, while new technologies appear faster than you can say “new technologies”. 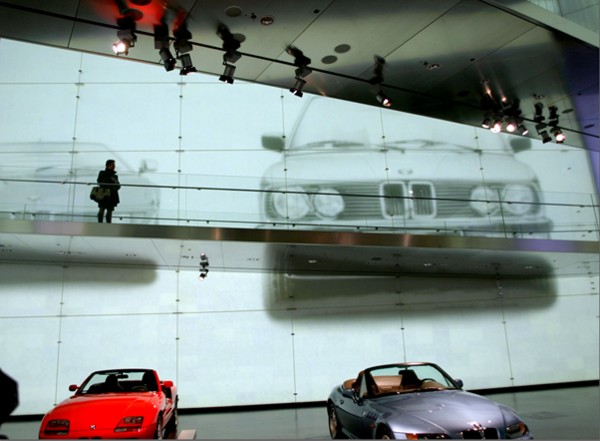 One such “new’ technology tool is not, as such, an invention, but an extension that everybody who has a television sees regularly. It is simply placing a diffusion material in front of LED video displays. Not a big deal? Well, let’s see.

OK, turn the calendar back 15 years ‘ the “low resolution’ video displays were about to take hold. Innovative “very large’ video screens were introduced by U2 on their world tour of Popmart, with “an exploded television screen’ ‘ 50m wide and 15m high, over 100, 000 pixels.

Fast forward to today ‘ No television game or competition is without “low resolution’ video. Likewise with large concert tours. The advantage is clear ‘ it works well with audience at a distance and also with television cameras, which focus on the performers, making the displays out of focus and therefore soft and smooth. 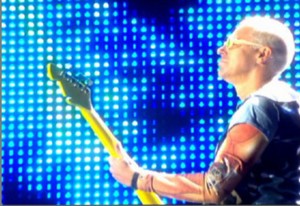 It was the wealthy motor industry that propelled “smooth video’ into existence. In 2008, the iconic BMW Museum in Munich (see image above) opened after extensive refurbishment. Berlin designers ART+COM had the idea to define the central Plaza by enveloping it in huge video created imagery. Pioneering company G-LEC bent to the task to develop the first ever “architectural’ LED video screen.

A massive 750m2 of white LED video now envelops and towers above the visitor as he or she stands on the bottom of the plaza. The pixels have all been covered by heavily frosted glass panels. The result being “black and white’ images, all created as digital video files, swirling, forming and dissolving around the viewer.

The result is overwhelming. The more technical visitor struggles to find out how it has been done ‘ where the hidden projectors are. Most don’t bother, but leaves with indelible memories of BMW car details, sliding across the walls or dates and concepts appearing and blending with astonishing graphic magic, created by ART+COM.